Economic punditry on the right offers an insidious meme: The jobless are scamming, so why extend benefits? 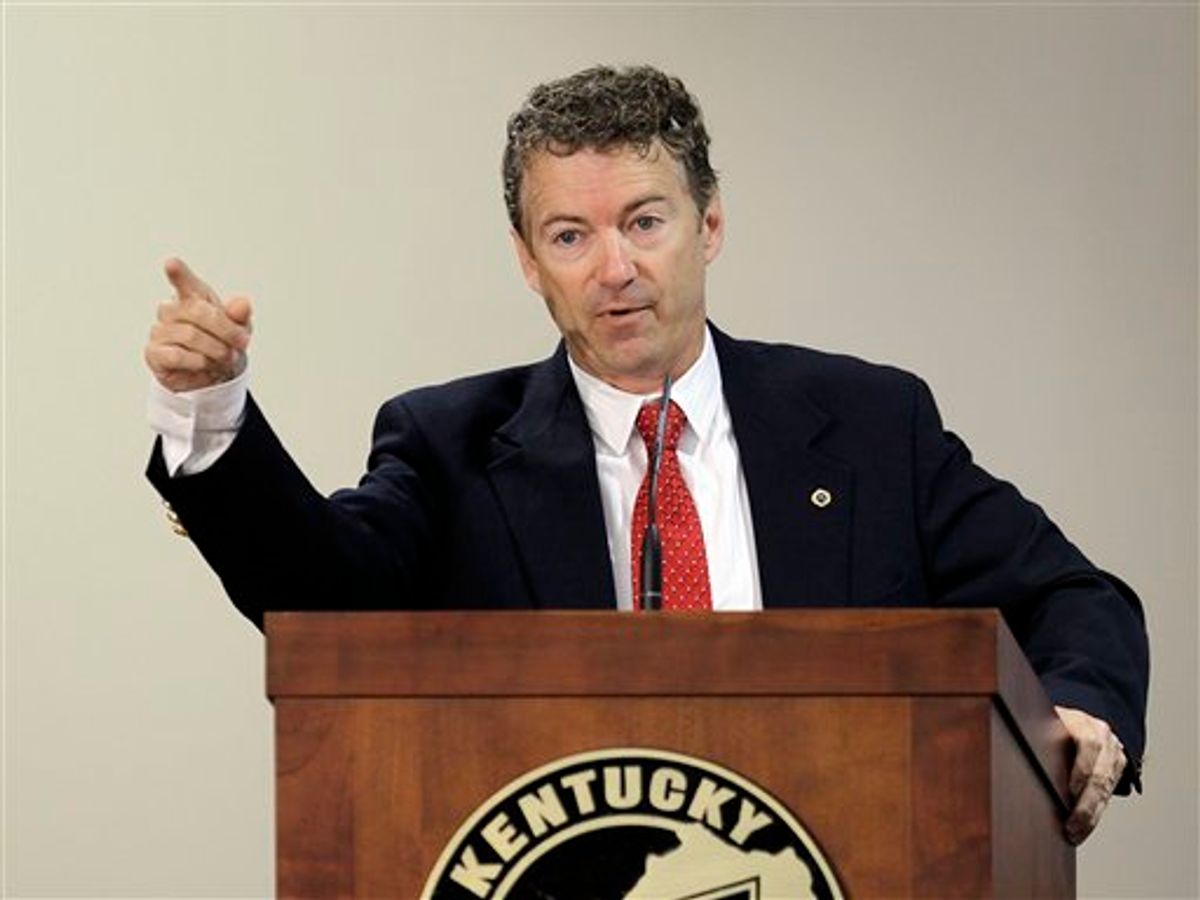 Neither party has advanced a sufficiently ambitious plan to stimulate the economy and put Americans back to work, but only the Republicans have argued against extending federal assistance to the unemployed. Loud voices among them -- notably those of Sharron Angle and Rand Paul -- think the jobless are "spoiled" and that there are plenty of jobs for those who are willing to work.

Such ideas are akin to the view that dinosaurs coexisted with humans or that global warming will prove beneficial. But the urge to demonize the unemployed is so powerful on the right that even conservatives who understand the grim realities perfectly well cannot resist it.

Consider this bizarre little outburst today on Ben Stein’s blog in the American Spectator, which follows a few unexceptional paragraphs on the current mysteries of economic policy:

[T]here are high levels of unemployment but the employers I talk to say there are severe labor shortages of skilled labor at every level from carpenters and plumbers to CEO's of biotech companies. And, as noted before, in my small circle of friends, anyone who has good work skills and a decent personality can get a job. I am not talking about the national scene. Just my little world. The chronic complainers and the malcontents and the unrealistic are the ones who cannot find work they want. The people who really want to work can get work. It might not be great work, but it's work.

Worse still is a post by Ira Stoll that acknowledges "unemployment numbers are grim," but he nevertheless highlights a subject he thinks is neglected by the mainstream media: the undeserving recipients of unemployment benefits. As he points out:

[N]ot every one of the tens of millions of unemployed Americans has a case as bleak as the press, or, for that matter, President Obama's Republican critics (or Democrats who criticize Republicans for not extending unemployment benefits), might have you believe.

You see, according to Stoll there are at least seven categories of undeserving beneficiaries, including substitute school teachers in at least one suburban town in Connecticut, and some in Hawaii as well, who are receiving unemployment. Then there are part-time community college teachers. There are also young people in their 20s -- nobody knows how many -- who are gaming the system by working for a season and then collecting benefits while they smoke their bongs. And finally there are millions of people whose spouses are still working, "potentially" in high-income positions, and why should they receive benefits?

So anecdotally, there are lots of jobs around and lots of workers scamming the system for benefits. If you listen to enough right-wing economic punditry, you might be excused for imagining that the unemployed are merely more welfare queens. So much for "compassionate conservatism."