Rich with the essence of shrimp, a dish in honor of the diversity of the South and plain old deliciousness 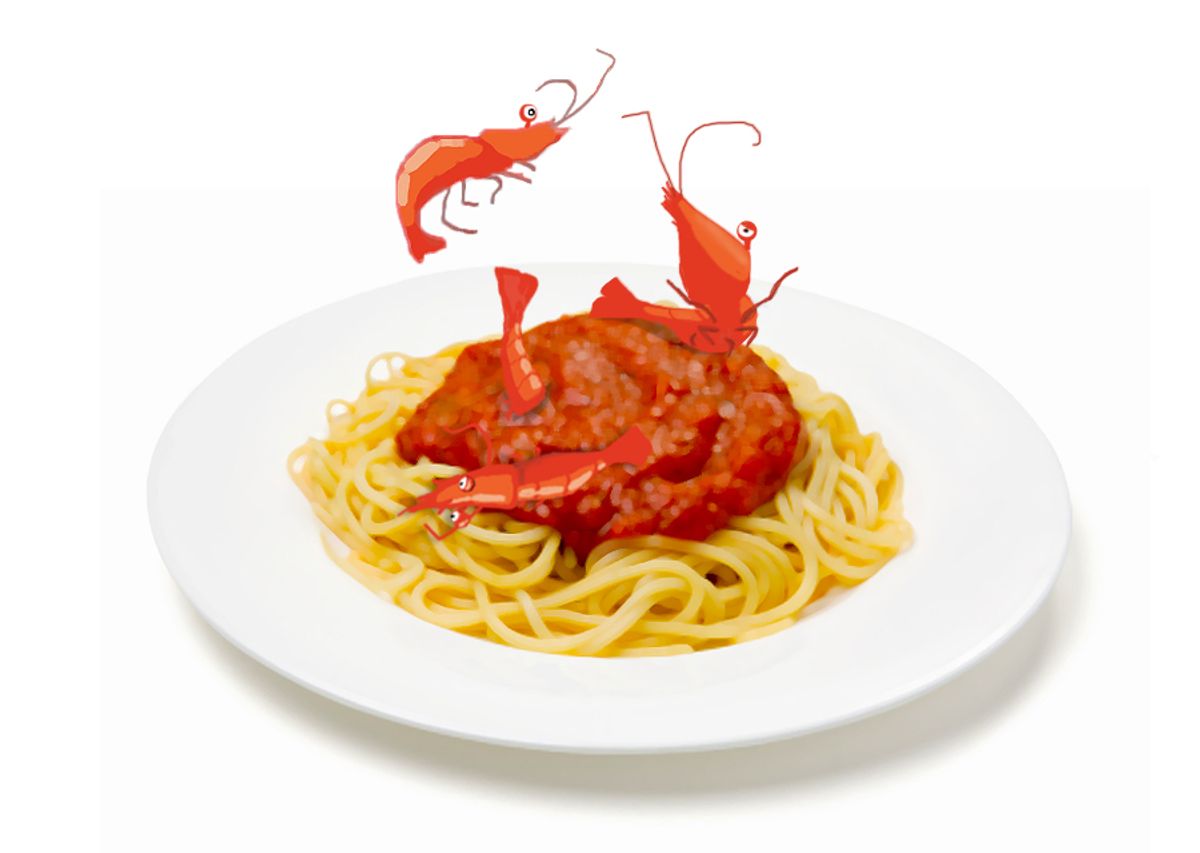 When I last wrote about cooking the imaginary food of my honorary Southern hometown of Biloxi, Miss., I wrote about an Asian-inflected shrimp taco. It was a dish I'd made up, a cultural Frankenstein, but one plausibly of that place — a coming together of the Vietnamese and (new) Mexican immigrant communities.

But as my thoughts turn Southern on the fifth anniversary of the storm that took me there in the first place, they turn now to the shrimpers and processors and chefs and all the utterly decent people I met in the seafood business. Croatians, Cajuns and Vietnamese, they welcomed me into their private clubs and their dinner tables (and the occasional crawfish boil), and I wanted to create a dish that would honor all of them.

On Friday tables all over town, in deference to the local preference for Catholicism, you'll see platters of shrimp spaghetti, essentially pasta with tomato sauce all crustaceaned up. But I thought a bit on this. The Croatians share a border with Italy, and so pasta is not simply borrowed — it's endemic to their own cuisine, too. Cajuns may well make this sauce with their holy trinity of onions, celery and green bell peppers. Basil is always gorgeous with tomatoes, so why not the Thai basil favored by the Vietnamese? (While we're at it, why not a little ginger and fish sauce in the sauce, too? But that's up to you.) And finally, to really honor the shrimpers and their catch, I thought to use the shells to make a shrimp jus to fortify the sauce, and to separately sear the shrimp so that they're perfectly cooked. What comes out is a rich, aromatic sauce that tastes forever like the sea and the land ... and I hope a little like that little town I love.