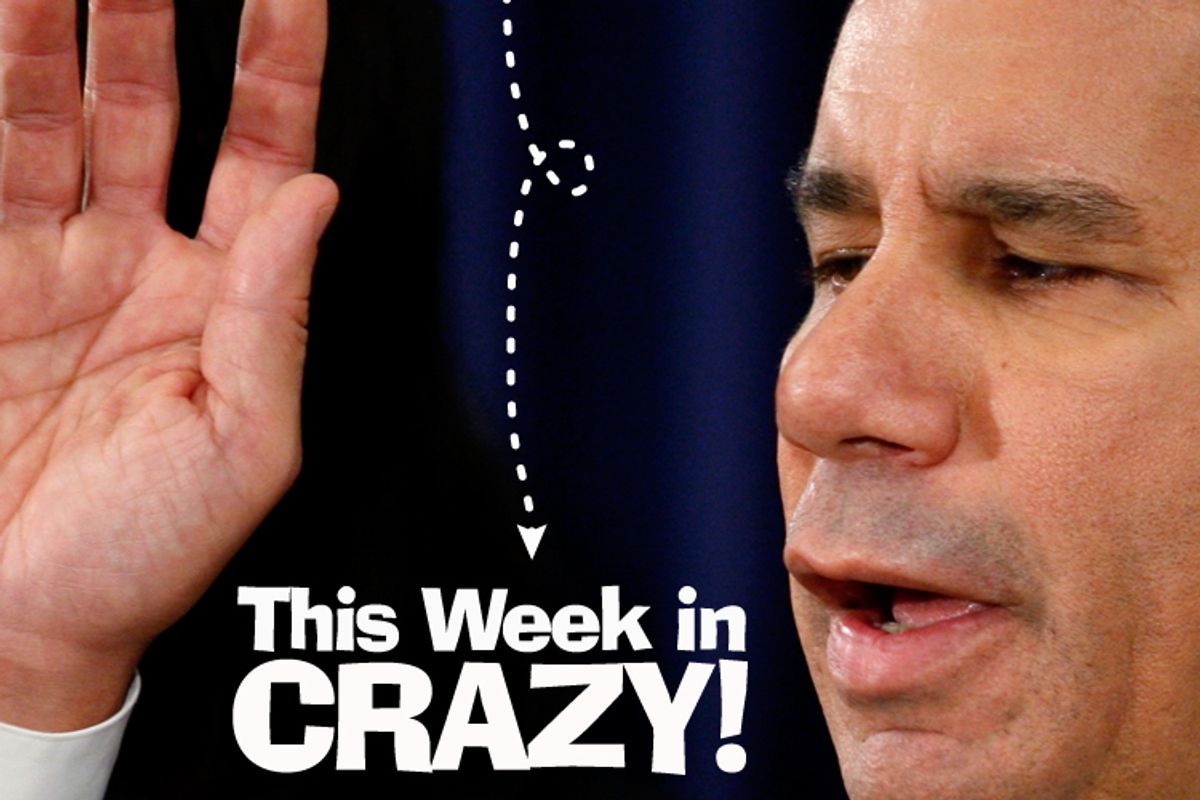 I don't think accidental New York Governor David Paterson is stupid, but he frequently demonstrates shockingly poor judgment. And he's a terrible communicator (except, oddly, on sports talk radio). But this week, his muddled attempts to be a peacemaker in the hysterical mosque controversy finally became flat-out nuts.

It started two weeks ago, when Paterson joined the chorus of people declaring that the Park51 Islamic community center proposed for lower Manhattan be moved. He even said the state would help them find and buy a new location, further away from the World Trade Center site (not necessarily out of "sensitivity," but more in order to make the angry people shut up -- a noble, completely misguided goal). The only problem with this plan is that it made no sense and was probably unconstitutional.

Then Paterson said he was going to meet with the Park51 organizers, in order to convince them to support his weird and bad plan. This wasn't really true. (Although Paterson did meet with Archbishop Timothy Dolan, who really has nothing to do with anything.) Still, Paterson insisted that everyone was on board, and at this point he was citing Rudy Giuliani, which is a probable sign that he's just losing it.

Also losing it, in a more serious sense, was Michael Enright, a film student, fixated on the Afghanistan war, who, in an apparent racist, drunken rage, viciously slashed a Muslim cab driver in Manhattan on Tuesday night. Was the crime related to a general uptick in anti-Muslim sentiment, across the nation, localized in New York? It's impossible to tell. But Paterson thought this statement was appropriate:

"The potential for this kind of violence is one of the reasons why I have called publicly for a respectful and unifying conversation about the Park51 project. I continue to offer my assistance for an open dialogue that I believe will help to bring New Yorkers together.

The implication is that Muslims have it coming -- that they can expect more slashings, as long as they refuse to meet with Paterson to plan a different way forward. (Paterson then attempted to educate Americans on different kinds of Muslims.)