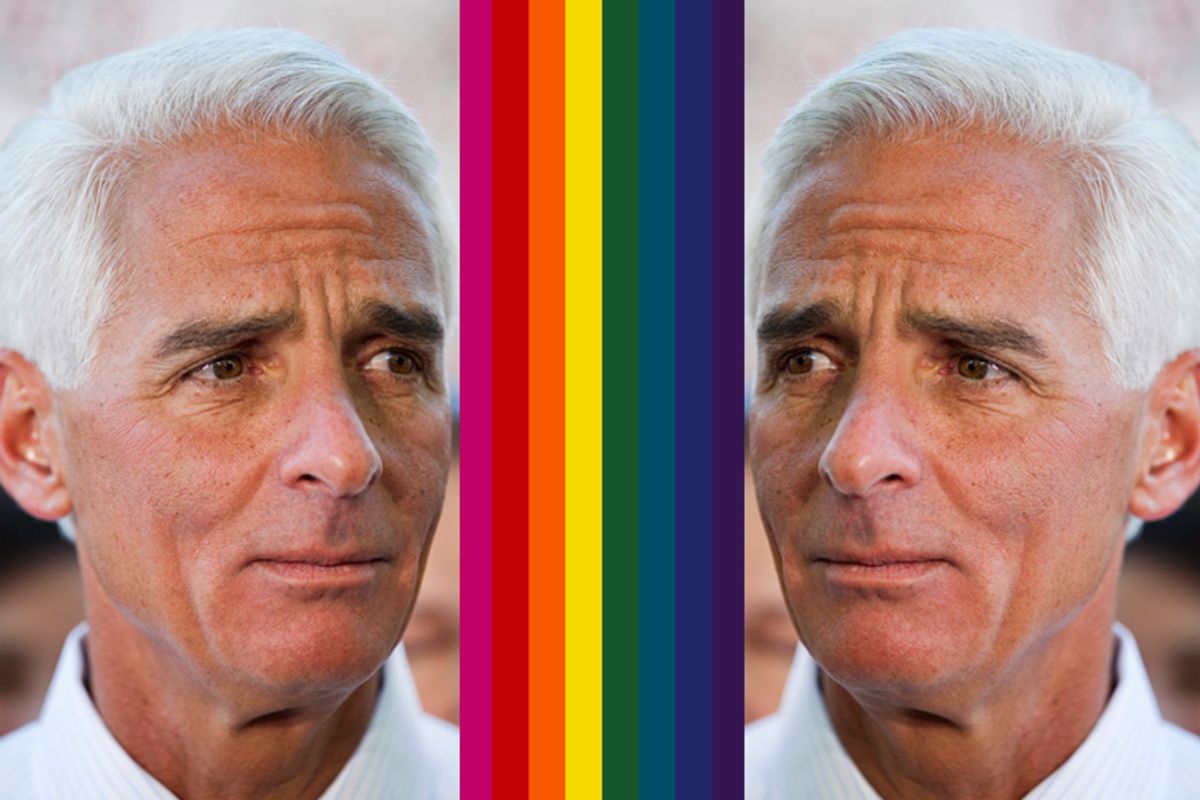 Charlie Crist refuses to say whom he will caucus with, should he be elected to the Senate. Which is smart. But it's also hard to keep up that guessing game when you have to actually explain how you would vote on things, in the Senate. That is when independent Florida Gov. Charlie Crist keeps getting mixed up!

Last week, he said that while the healthcare reform bill was flawed, he would've voted for it. His campaign immediately issued a "clarification" explaining that he would not have voted for it.

Then, yesterday, he told CNN that he backs a constitutional amendment banning gay marriage, even though he is "OK" with two dudes living together, or whatever. A few hours later, the Crist campaign "clarified" that the governor just meant an amendment to the Florida constitution. That is, apparently, the "moderate" compromise on the issue.

Crist's refusal to say whom he'll caucus with is actually making it impossible for voters to make an informed decision, but if elected it is almost certain that he will be either the sort of senator who will occasionally randomly decide to withhold his support from something until it is made worse, or he will be the sort of senator who will occasionally dangle the carrot of his support for something and then never follow through.

So if voters like the gridlock that makes them hate Congress, go nuts and vote Charlie Crist.

(To be fair, some people do like gridlock. There are people who do things like vote for Obama and then decide, one year later, to sabotage his major domestic policy proposals by voting for Scott Brown -- but there are not many of them. Even though all of them seem to work in political journalism or punditry.)