The delightful disappearance of Jean-Luc Godard

The Oscars want to celebrate the legendary French director, but he's nowhere to be found. More power to him! 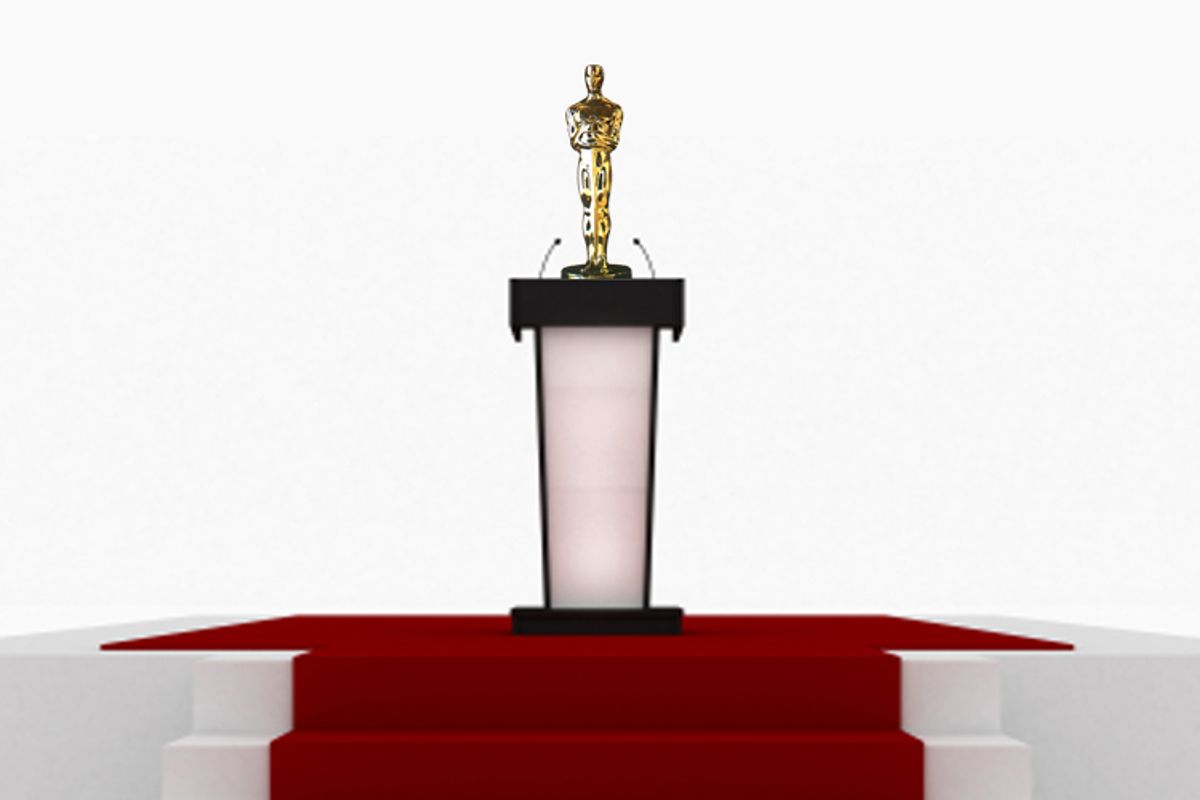 The Academy of Motion Picture Arts and Sciences announced last week that Jean-Luc Godard would be given an honorary Oscar at a non-televised ceremony in November, along with Eli Wallach and film preservationist Kevin Brownlow. Normally such a move would prompt a number of questions, such as: Would Godard, a famously anti-Hollywood filmmaker, accept or decline such an award?  If he accepted, would Godard even show up, and if he showed up, what would he say? Would he hector the room about the corporatization of cinema, which is even more pernicious now than it was 50 years ago, when Godard made the jump from Marxist film critic to new wave filmmaker?  Or would Godard, who has been vocal in supporting the Palestinians against the Israelis, and has been accused of anti-Semitism throughout much of his career, pull a Vanessa Redgrave?

All these questions have been tabled for now until another one can be answered: Where is Godard?

Nobody knows. Or maybe it's more accurate to say that everybody is delighted that nobody knows -- that's the real story. The Hollywood Reporter quoted an academy source last week saying, "We’ve been attempting to reach him since 7 o’clock Tuesday evening and we have as yet had no confirmation." Bruce Davis, the academy’s executive director, said late Wednesday afternoon: "We have tried by telephone, by fax, by emails to various friends and associates. We have sent a formal letter by FedEx. But we have certainly not been told he will show up at this point."  The film blogosphere has seized the story and stumbled drunkenly down the street with it like Jean-Paul Belmondo at the end of "Breathless."  "Where in the world is Jean-Luc Godard?" asked Entertainment Weekly, playing off the title of a certain long-running PBS series.  Moveline mocked up a missing persons poster.

And of course there was a bit of push-back, with Richard Hyfler of Forbes sniffing that this was "a classic non-story." It would only be necessary to say that this is a non-story were the press collectively unaware of Godard's long history of cranky anti-establishment posturing, including his grousing about the evils of Steven Spielberg, his hatred of long flights (perhaps mainly due to his still-prodigious cigar habit) and his failing to show up for a press conference that followed a screening of his latest feature, the semiotic head-scratcher "Film Socialisme," at Cannes this past spring. I doubt anyone thinks the director has been kidnapped by space aliens or that his carcass will be discovered at the bottom of a gorge somewhere. The missing person poster is a joke, and the speculation about where he might be is just the online version of water cooler conversation.

The "Where's Godard?" buzz isn't about Godard. It's about the film industry. And it's about us.

Godard is one of an elite number of filmmakers who more or less do their own thing, and he has been doing his own thing for decades now, on his own time and for his own reasons. No doubt it's tremendously difficult to get his films financed -- even during his enfant terrible heyday it was probably never easy, and it doubtless only got harder in the '70s, when he traded a semi-narrative, dramatic format for an aggressively anti-narrative aesthetic that was deliberately dense, off-putting, at times impenetrable. ("Film Socialisme," for example, is subtitled, but it's not an English translation of what's being said on-screen -- the captions are cryptic sentence fragments, sometimes just collections of nouns.)

Nevertheless, Godard chose his own path and stuck with it, accepting only that bare minimum of BS that one must accept in order to make movies while ignoring, downplaying or actively grousing about the rest. Godard doesn't go along to get along. He pisses everyone off. You don't see Godard at ribbon-cutting ceremonies or appearing regularly on French talk shows or reality programs or being interviewed by bloggers. He doesn't have a Facebook page or a Twitter account. His last theatrical feature, 2005's "Notre Music," was shot on 35mm film, in the old-fashioned, squarish, 4 x 3 format, the format Godard first used when he was starting out as a director in the late 1950s.

And when the academy tells him he's won an award, you don't instantly see his face on CNN or the Sundance Channel. In fact, it takes a while for the institution that voted him the award to figure out if he even knows about it, and whether he's decided to show up and accept it in person or send Sacheen Littlefeather.

I love this. Normally the academy says, "Jump," and almost any director alive says, "How high?" Godard can't be bothered. In fact he can't be found.  Whatever one thinks of his output -- and I've found something to like or dislike in every phase of his long career -- there's something heartening, perhaps inspirational, in his blasé refusal to do things according to the memo.  He's too old for that -- too Godard for that.

There aren't many directors like him. One is Terrence Malick, who has made exactly four films since 1973, and who reportedly (you have to say "reportedly" because Malick himself never talks to the press) won't deliver his fifth movie, the epic family drama "Tree of Life," this fall as originally promised (by the studio, not by Malick) because ... well, nobody quite knows why. Apparently because the director feels it's not done yet. That sort of rationale doesn't normally fly no matter who uses it, but somehow Malick gets away with it, just as he got away with casting George Clooney in his 1998 film "The Thin Red Line" and cutting his part down to just one scene. If more filmmakers were as "eccentric" and "difficult" as Godard and Malick, there would be a lot more art in movies and a lot less naked shilling. Or at the very least, movies would be less predictable, less deserving of being called "product."

And what about you, reader? Right now you're probably reading this with two or three other windows open on your computer screen and your cellphone on. When a new e-mail or phone call or text message comes in, maybe you hear a little noise, a "ding," like the bell that made Pavlov's dog's ears perk up.  And you look to see who's trying to reach you and what it's about. Maybe you answer immediately, maybe you wait, but you always pay attention because you feel like you're missing out on something, and on some level you're terrified that the world's going to stop turning if you're not on top of it all. Godard could not care less.  The world keeps turning. I bet he's sitting in a park right now, reading Le Monde and smoking his fourth cigar of the day.