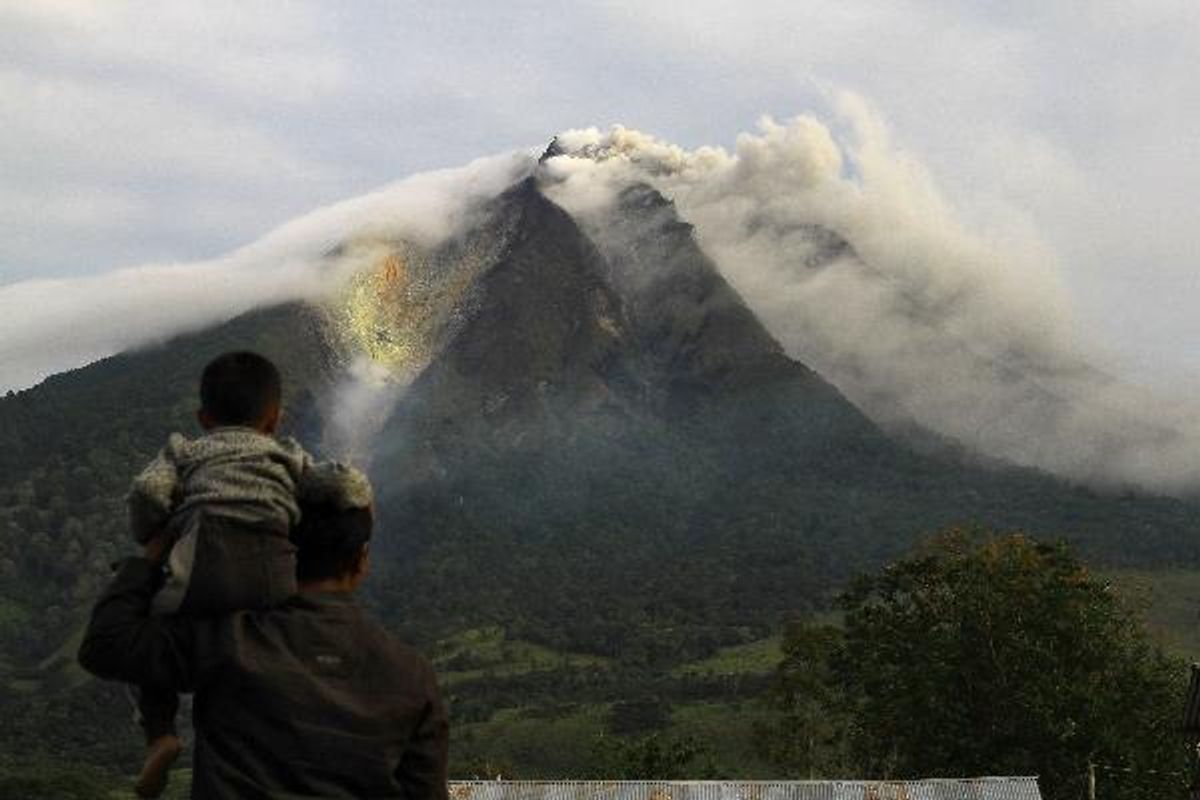 Thirty thousand villagers were evacuated today as Indonesia's Mount Sinabung continues to blow its top, leaving a cloud of ash in the sky over a mile and a half long. This is the first time Sinabung has erupted in 400 years. Sinabung decided one eruption yesterday wasn't ostentatious enough, however, so it erupted again today with even more ferocity than before. Take that, Emmys!

Vulcanologists admit they had little idea of Sinabung's activity until it started rumbling, mostly because the volcano is 240 miles from the nearest monitoring station and located in a country with a LOT of volcanoes. Additionally, because Sinabung last erupted during the first run of "Hamlet," scientists have little idea of the volcano's eruption cycle. "We'll be watching it closely from now on," said Surono, a government vulcanologist.  (Indonesians are often known by one name.)

The Associated Press reports two deaths so far, but it's too early to say whether they were a direct result of the volcano. Zona Zirconia at Associated Content compares Sinabung to Mount Lassen, which last erupted in 1915. Xinhua provides photos of the evacuation. Some raw video footage of Sinabung's eruption yesterday: