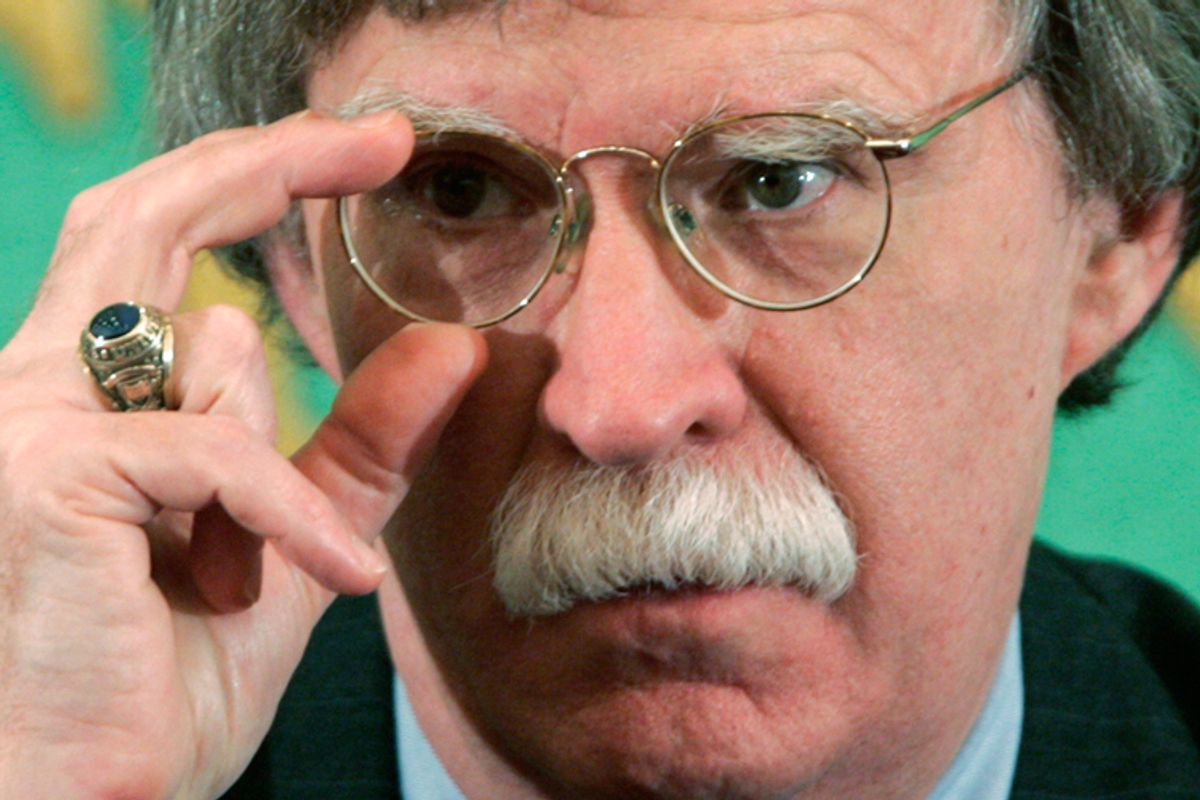 John Bolton -- the former U.N. envoy and America's angriest John Oates impersonator -- is one of those think tank-ensconced nuts who is surrounded at all times by sycophantic fellow nuts who think he is the bee's knees, so it's really only natural that he is "flattered" that some of the nuts think he should be the president of the entire United States.

Bolton, who dreams of constant, unending war with every Arab nation, simply will not rule out a presidential run, when asked by the Daily Beast:

“In the sense that I want to make sure that not only in the Republican Party, but in the body politic as a whole, people are aware of threats that remain to the United States. You know, as somebody who writes op-eds and appears on the television, I appreciate as well as anybody that ... there is a limit to what that accomplishes,” he said. “Whereas, some governor from some state in the middle of the country announces for president they get enormous coverage even if their views are utterly uninformed on major issues.”

When pressed a third time about running, he said that while “he is not going to do anything foolish,” he added, “you know, I see how the media works ... you have to take that into account.”

Bolton was so beautifully aggro that he was finally ousted from the Bush administration during its second term, and he began to complain about how they were all big pussies now on the pages of the Wall Street Journal opinion section, the last true home of patriots.

At Ben Smith notes, Bolton will record a taped message for his girlfriend Pam Geller's totally sensitive and patriotic hate rally at ground zero on Sept. 11.

The 2012 Republican primary debates will be delightful. They will probably hold those at ground zero, too.