As the third season finale nears, things get grim for the denizens of Bon Temps 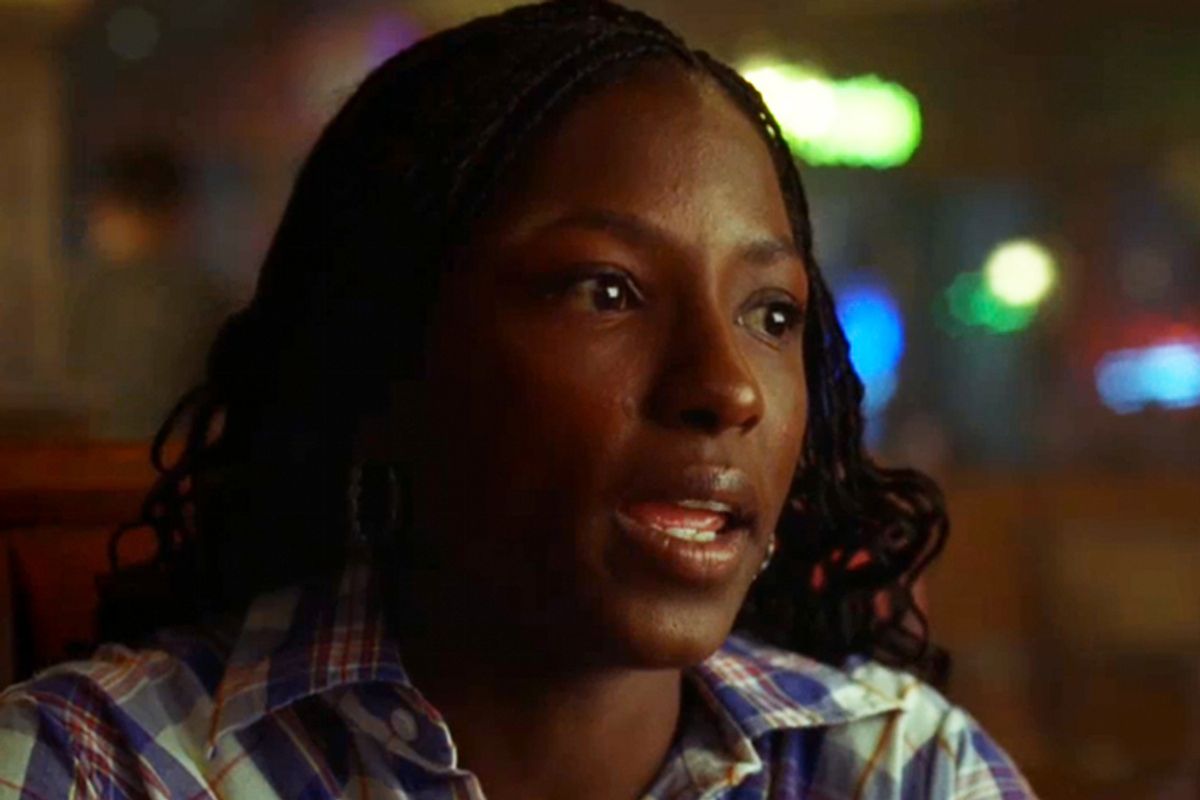 "You know I love you more when you're cold and heartless," says Eric tenderly to Pam. It's a lovely moment, like "Casablanca" starring vampires. And it's the first time in a few episodes that Eric has been something more than, as Russell puts it "just a lump of muscle with a blood grudge." Or in the words of the disenchanted pole dancer/cardiologist Yvetta, "big, long and stupid."

I just want all the vampires to get along well enough so they can keep fighting and never die. Though I must say that Talbot looks remarkably pretty in that enduring shade of true death pink, as Russell continues to carry him around in the urn/sugar bowl. Killing Russell is starting to seem more and more like an act of mercy.

Thousands of years of nights, especially without your soul mate, must start getting old to even the most intractable psychopath. Russell looks as though he really just wants to walk into that oversized landscape that Talbot likes -- sorry -- liked so much. "I'm excited to destroy you," he says to Eric. But it seems to me he used to get a lot more excited about destroying things before.

Eric's cell has an amusing ringtone: "Aint' We Got Fun!"  No we aint. It's Pam. Yvetta has helped Sookie and Bill escape. Pam who was able to withstand days of torture by the magister, tells Sookie exactly what she wants to know under the piddling threat of a little blistering silver water. Perhaps the secret that Eric plans to gift Sookie to Russell is not one Pam is dying to keep to herself.

As Sookie and Bill a drive away from Fangtasia, Sookie explains her feelings for Eric. She remembers how awesome Eric was as he watched Godric die. But she's learning to forget, and frankly so am I.

Sookie and Bill imagine what they would be if they could be normal. Sookie wishes she could go to college -- no scratch that -- be a really rich real estate agent. Bill wishes he could teach third grade. Before they realize that this would probably not make them very compatible on e-harmony, they drive into Eric and Russell, who apparently wish they could be villains from the original Superman movie.

Russell tips the car over like a tiddlywink. It's so nice to see him get his mojo back, which makes it extra disappointing that we have to cut to Holly and Arlene, trying to perform  a Wiccan abortion. I would have loved to see the awkward moment where everyone figures out that Sookie can't run with lightning speed, so that, whatever his display of super strength, Russell's going to have to get into that crappy little car and drive back to Fangtasia.

Back at Merlotte's Sam is "polluting the positive vibes," forcing Holly to quit. But once you've seen a man turn into a beagle, it's pretty hard to take him seriously as either a drunken bad boy. Sam and Tara have always been the most believable couple on the show. Also, Tommy is something of a revelation. I never thought I'd feel sorry for him, and he totally deserves to be fired. But I don't think it should come as much of a surprise when Sam discovers that Tommy has cleaned him out. Especially now that we know that Sam stole the money to finance Merlotte's in the first place.

Arlene has a dream that looks an awful lot like the landscapes from the museum, especially with her hair that lighter Talbot shade of red. (Can we get at least one Emmy over here for Art Direction?) For a moment it looks like Arlene won't be having a possible serial killer baby. But either she didn't follow Holly's directions exactly,or this baby is a beast. My money's on the option number two.

Maybe Arlene can get some advice from the good people of Hot Shot on how to raise genetically suspect children. Crystal is distraught at the idea of having to marry her half brother. But that doesn't mean she's willing to abandon her "double cousin" Buford, and the innocent werepanther children to the police raid that will surely turn into "another Waco."

It takes Jason a while to figure out the danger of this raid. Because first he must save his sister who is being hunted by one of the oldest and most powerful vampires on the planet. Which he will do, right after he stops to watch Kitsch throw a few footballs. Obviously Kitch is cheating, and using V, and therefore illegally breaking Jason's record! So, somehow, Jason never quite gets around to saving Sookie.

Instead we find her back at Fangtasia, writhing and crying under the obviously very painful fangs of both Russell and Eric. A plan that Bill has gone along with, which will probably also  not help their relationship.

There are a number of relationship danger signals on the horizon. Like the possibility that Jesus might be some kind of evil hockey masked creature, if Lafayette's V flashbacks have any validity. Or the fact that Summer is working for Hoyt's mom, who really should be wearing some kind of evil hockey mask, or something to signify how truly horrifying that woman is.  But on the bright side, Eric is awesome again! There will be no walking into lovely sunny landscapes. Eric has handcuffed himself to Russell where he plans for them to both to die like alley dogs surrounded by anti-vampire hate graffiti. So noble. So hardcore. And so probably-not-going-to-happen with Sookie close enough to run out and save him with her blood.

Unfortunately, as we all know by now, two minutes in "True Blood time" is two weeks in our time. We won't be finding out exactly what kind of dog's death awaits Russell, or what Sophie Anne plans to do with his "vast collection" of meaningless crap until the finale, which airs two weekends from now.

This, the penultimate episode, has been a bit on the dreary side. The talking doll stuff has got to stop. And there can be absolutely no Eric prancing around in that painfully wrong fairyland. Not if this show has any hope of fulfilling the potential it showed in the first half of the season.

But as Lafayette points out warily, sometimes it's good to slow things down a bit. Because you never know where we'll end up: "hell or South Dakota."