Democrats are in line for a beating in November, but healthcare might not have much to do with it 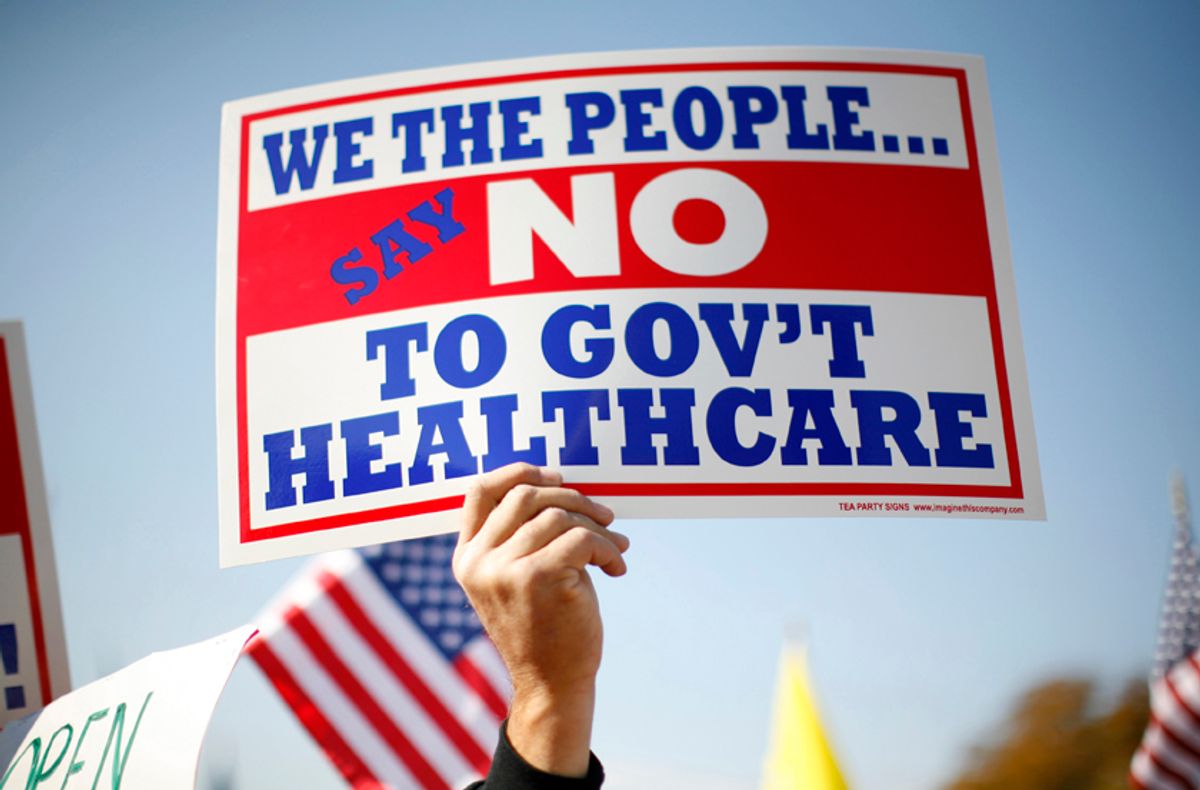 Why are Democrats in trouble as the 2010 midterm approaches? The three leading culprits seem to be: the economy; campaign-centric explanations (such as that Obama "isn't connecting" or isn't campaigning enough or that Democrats are bad at framing issues); and various other issue-based explanations. Of the latter, today's candidate appears to be healthcare reform, with an argument from Jay Cost that changes in the generic ballot test are correlated with the healthcare debate, and liberal healthcare opponent Jane Hamsher claiming vindication.

I'll say two things. First, we don't know! These kind of effects are extremely tricky to pick up, and usually the best thing to do (unless, of course, action depends on it) is to wait until post-election studies clear it up. If I recall correctly, political scientist Gary Jacobson found that Democratic incumbents were hurt by specific votes on three issues in 1994, but we couldn't have known it at this point in the election cycle.

Second, to the extent we can guess at these things, I think Jonathan Chait's takedown of Cost's argument is pretty strong:

It's obviously true that the Democrats lost a lot of support "during the health care debate." The health care debate took about a year. My argument is that, during a period in which unemployment was rising and the Democrats controlled the entire government, Democrats would have bled support regardless of what they were debating ... Of course, I can't prove that counter-factual, either. None of these counter-factuals is something that you can prove. But the method of saying that Democrats lost support during (very long) event X, therefore (very long) event X caused them to lose support, is not a persuasive argument.

Of course, healthcare wasn't the only issue going on over the time that Democrats lost support: There was the oil spill, the debate over cap-and-trade, increased involvement in Afghanistan, a couple of failed but well-publicized terrorist attacks, and then both changes in the economy and Democratic policies intended to affect the economy. What Cost doesn't show in his post is any reason at all to believe that it was healthcare, and not any of those other things, that pushed Obama's approval ratings and the generic ballot. Indeed, while it's hard to get much out of Cost's chart by visual inspection, the Pollster version shows that the Democrats lost their lead in the generic ballot by the time the August 2009 recess began, with the next (apparent) significant movement not happening until this summer -- in other words, it's not clear at all that Democrats did lose much from August 2009 through March 2010. Not that we can really prove anything one way or another from that sort of analysis; it's possible that healthcare hurt Democrats in the first half of 2009, when they first proposed it -- or in the last few months, after it was passed. But that's not Cost's story, of course.

As far as Hamsher is concerned ... she is correct that passing the healthcare plan has not made it popular, although it does seem to have become somewhat less unpopular since passage, stalling since about mid-May at the present level (estimated 42 percent approve, 48 percent disapprove). That suggests that healthcare reform could be hurting Democrats. However, it's also possible (in fact, I think likely) that approval for healthcare reform is being dragged down by overall dissatisfaction with Democrats. Unfortunately, Pollster doesn't run averages for other issue areas, but his current approval rating on healthcare (43 percent in the recent Newsweek Poll) is currently about as high or higher than his rating on the economy, Afghanistan, bank reform, taxes or the deficit -- it's lower than his ratings on terrorism, Iraq and the oil spill (scan down the link; other polls tell the same story). In other words, it's hard to make the case from the minimal evidence we have that healthcare reform is dragging down Obama or the Democrats.

Now, again, this certainly doesn't prove that healthcare hasn't hurt the Democrats. It's just that, as Chait says, Cost doesn't have anything to connect the two things. He's just selecting one of the many things that have happened since January 2009 and claiming that it's the one that did the trick. Again, I'm not saying that we can know yet that it didn't -- but there's plenty of evidence that the economy is the heavy hitter here, and that narrow issues, to the extent that they matter at all, work at the margins. And we won't know until after the fact whether healthcare wound up being a plus, a minus or a wash on those margins.