How Bill Kristol's pro-Israel group is lying to you 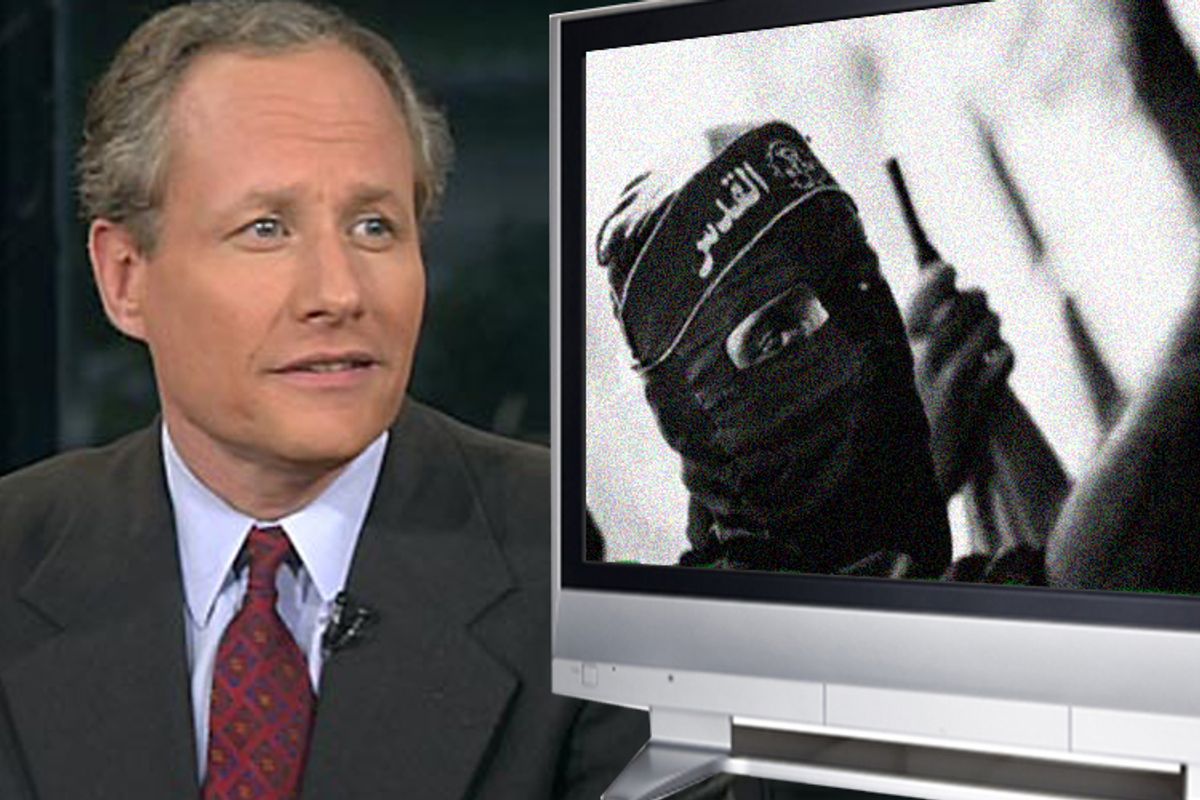 Bill Kristol's new group the Emergency Committee for Israel is out with another TV ad attacking another Democrat, Rep. Rush Holt, D-N.J., for supposedly being unfriendly to the Jewish state. But it turns out a key fact in the ad -- that a purportedly Hamas-linked Muslim advocacy group gave Holt a 100 percent approval rating -- is, if you scratch just a little below the surface, so misleading as to be essentially a lie.

And not only that, there's evidence that ECI didn't even know what the 100 percent rating was based on (not very much, as it turns out) when the group produced the ad attacking Holt for the rating.

Now, this gets a bit complicated, so bear with me for a second while we take a closer look. First, here is the ad, which is reportedly on the air in a "modest but real buy" in Holt's Central Jersey-based 12th District:

"What does Rush Holt have against Israel?" the announcer asks. "Holt signed a letter criticizing Israel for defending itself against the terrorist group Hamas. He has a 100 percent rating from an Islamic organization the FBI later called a front group for Hamas."

The "Islamic organization," as the ad shows, is the Council on American-Islamic Relations, which describes itself as a civil rights and advocacy group. (CAIR has rejected charges that it has links to Hamas, and a lawsuit on the matter is ongoing; the term "front group" is actually taken from a newspaper paraphrase of an FBI agent's court testimony.)

A curious thing happened when we asked CAIR's national office about this "100% rating" for Holt: The group told us that it does not issue legislative scorecards like, say, Planned Parenthood or the NRA. When we asked Emergency Committee for Israel spokesman Michael Goldfarb for a source on the "100 percent rating" he pointed us to this page at Project Vote Smart, a group that tracks issue groups' scorecards.

Now note that every member of Congress on that page has either a 0 percent rating or a 100 percent rating from CAIR, but the Vote Smart site does not indicate what issue or issues the ratings are based on.

An official at Vote Smart told us that the page was created automatically based on CAIR's position on a single piece of legislation in 2005: the REAL ID Act, a sprawling bill that addressed, among other things, immigration and a new national ID system. Holt voted against the REAL ID Act, as did several Republican members of Congress, thus earning each of them the same "100 percent rating" from CAIR. Other REAL ID opponents included Mike Huckabee and the Wall Street Journal editorial page. The objections have to do with the cost of the law  and civil liberties concerns surrounding what the Journal called a "de facto national ID card decree."

The vote on the REAL ID Act had absolutely nothing to do with the Israeli-Palestinian conflict. But this vote -- and this vote alone -- is the basis for one of the central claims of the Emergency Committee's new anti-Holt spot: that the congressman sports a "100 percent rating" from CAIR.

Attack ads are not known for their careful recitation of the record. But this is so far from the realm of accuracy that it would be wrong to call it anything but a reckless falsehood.

The remarkable thing is that ECI leaders seemingly did not even know themselves what the 100 percent rating was based on when they made and broadcast the ad. The only group that had that information is Project Vote Smart, and Project Vote Smart told us Monday that we were the first ones to call about the issue.

When we asked Goldfarb if ECI knew what the "100 percent rating" was based on before creating the ad, he initially said the group was aware, citing the Vote Smart website. When we pointed out that the Vote Smart site does not actually include that information and we had to call the group to get it, he said, "If Holt is challenging the substance of the ad, we'd be happy to respond, but I don't think there's any question about the facts here."

In short: ECI based the attack ad on a number floating around on the Internet without even bothering to find out what it meant. Reporters would do well to keep that in mind when covering the group in the future.