How Caesarism came to America

Can we reform Congress in time to save democracy? 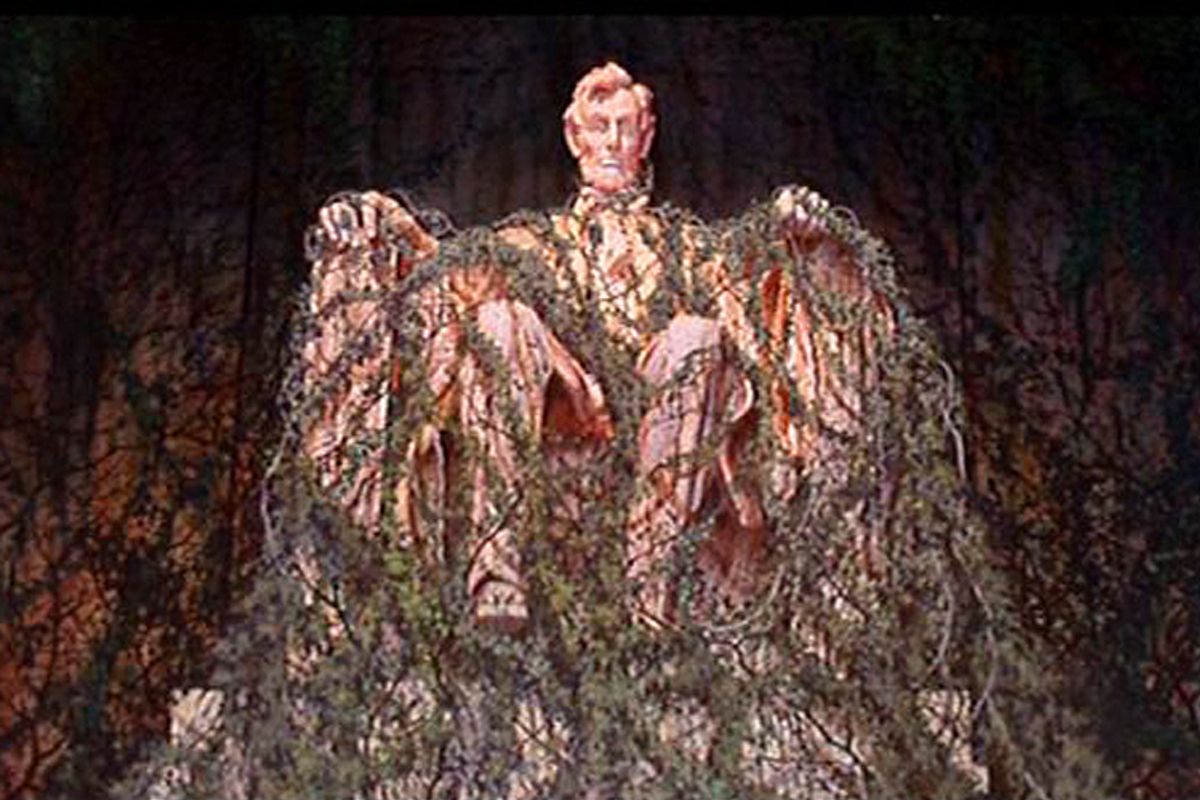 The following excerpt is from the virtual book Republic to Principate: The Decline and Fall of Representative Democracy in America, published in the year 2052 A.D.

But the biggest casualty of the Great Recession and the generation of slow growth and political turmoil that followed was representative democracy. In the face of persistent high unemployment and slow growth, Congress consistently did too little, too late. The American people voted in first one party and then the other. Gradually they realized that their national legislature was no longer responding to popular needs or values, no matter which party was nominally in charge.

The thoroughly corrupt House of Representatives was populated by career politicians who responded to out-of-district corporate and financial industry contributions more than to the citizens of their districts. Thanks to the success of partisan majorities in state legislatures in drawing the lines of congressional districts to benefit members of their parties, an ever-growing majority of U.S. representatives enjoyed safe seats. The number of competitive elections in swing districts declined with each census.

Meanwhile, the malapportionment of the Senate grew ever more extreme, because of the predominance of low-population states. The percentage of the American people who could elect a majority in the U.S. Senate declined from 15 to 10 percent. Senators from the low-population states of the American West and New England competed to be lobbyists within the Senate for American and multinational corporate interests, who took care of them generously upon their retirement from public office.

To make matters worse, the filibuster -- an extra-constitutional custom that had no place in the scheme of American government -- gave the minority party in the Senate a veto over any activity at all and added a de facto supermajority requirement for Senate votes unknown to the Founders.

Frustrated by the unresponsiveness of the corrupt U.S. Congress in one crisis after another, the American people looked elsewhere for leadership. Anti-system demagogues emerged, only to fade away as soon as the novelty wore off. But the passion tapped by the populist outsiders made it clear that the American people wanted action.

And if Congress would not act, the executive branch would. Presidents of both major parties, frustrated with the paralysis of Congress, began to circumvent the process of legislation altogether and to achieve their goals by executive orders. Critics claimed that the presidency was usurping Congress's powers. Defenders replied that the paralyzed Congress had effectively thrown its powers away. The presidency was simply picking them up.

By the fourth decade of the 21st century, the new system was in place. Caesarism had come to America. Congress, with its own consent, had been relegated to the status of a marginal debating society. Most laws were mere enabling acts, delegating the executive branch the power to fill in the details. In practice the American Constitution of checks and balances among separate branches of government had been replaced by a new system of plebiscitary presidentialism -- a system of elective dictatorship, with free elections for the dictator every four years. Real power lay with the executive branch, not with the speaker of the House or the Senate majority leader.

And within the executive branch, real power lay with operatives of the White House staff appointed by the president and answerable only to him or her, not with Cabinet officials and agency heads confirmed by the Senate and supervised by both houses of Congress. The degradation of the Cabinet secretaries had begun during the presidency of Franklin D. Roosevelt and continued until, in the Nixon years, Nixon’s personal staff had more influence than most Cabinet secretaries. In the late 20th century, presidents created a new layer of policy "czars," above the Cabinet departments and independent agencies and below the White House court. The original constitutional scheme of Cabinet departments answerable to Cabinet secretaries was now choked and hidden beneath layers of czars and other presidential flunkies. The lack of clear responsibility meant that intrigue and factionalism flourished in an executive branch that increasingly resembled the Borgia court superimposed on the Byzantine empire.

The sprawling executive branch, which had by now absorbed most of the law-making functions of Congress into it, was too complicated for any president to understand or control. The response to the gradual seeping away of actual presidential power was a compensatory expansion of presidential authority. Each president was the center of his or her own cult of personality.

Because it was demeaning to be part of a party that included other powerful politicians, America’s Caesarist presidents routinely began posing as post-partisan figures, answerable only to the nation as a whole. And because the president symbolized the entire government, the public was now divided between those who opposed a particular president and those who supported him or her. As in the plebiscitary presidential regimes of Latin America, the politics of partisanship gave way to a politics of personalism.

The corruption of journalism and scholarship was an inevitable consequence of the new system of presidentialism. The presidential court became the major source of honors for intellectuals, who competed frantically to win attention by sycophantically praising a particular president or denouncing his or her rivals. Even as the presidency absorbed more and more power into itself, intellectuals urged on further institutional power grabs by the executive branch. Each intellectual had a pet scheme for social or economic reform and dreamed that it might be imposed on America by fiat. For that reason, even intellectuals of opposing personalist cliques all agreed that the president should have the power to govern the nation from above with minimum obstruction or debate.

While a culture of sycophantic hero-worship was one consequence of presidentialism, another was political terrorism. The equation of the government with the particular chief magistrate made it easier to demonize and reject the entire system along with the individual who was temporarily at its head. Assassination attempts and threats led to the insulation of the president by ever thicker layers of personal security, which increasingly blended with the national security apparatus as a whole. Inevitably members of the president’s bodyguard began weighing in on policy matters, as the Secret Service evolved into a full-fledged Praetorian Guard.

By the middle of the 21st century the American republic had gradually been replaced by an American Principate. Few mourned the old system in which urgently needed policies died in Congress or were diluted beyond recognition. Things needed to be done, and now they were done, by fiat rather than by law.

The Americans who were most pleased by post-congressional government were members of Congress themselves. Governing was hard and divisive, while posturing and pontificating were easy. Now if anything went wrong, it was the president’s fault. And nobody would bother to try to assassinate the Senate majority leader or the speaker of the House. Hardly anybody knew who they were.