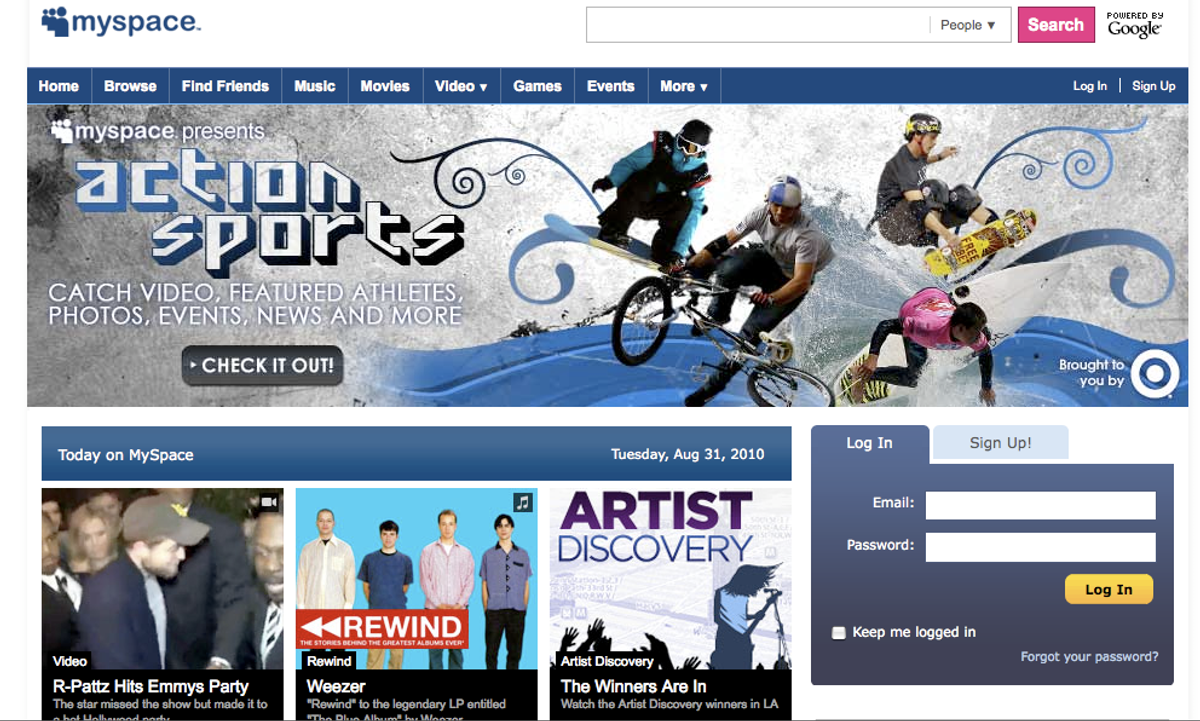 If the demise of former social media giant MySpace was predicted years ago, today's announcement that the site is syncing with Facebook might just be the final nail in its coffin. A recent redesign was supposed to set the News Corp. network up to gain some of its lost ground, but acquiescing to Facebook's popularity may be a sign that MySpace realizes the jig is up.

CNET has an explanation of how the syncing will work, and don't think Twitter is being ignored -- it's got a piece of the action too. If you're even still using MySpace, GeekSugar wants to know. In other news, News Corp. is trying to merge its online advertising arm with its social network, because everyone needs to make that cheddar. The advertising revolution might not be going so well just yet, though, because the company extended its Google ad contract for another month.

Across the Web, more senior citizens are flocking to social media, so now your mom can see what it's like to have a parent make embarassing comments on her wall. Retailer Urban Outfitters has integrated the Facebook "like" button into its online marketing scheme, and Israeli Prime Minister Benjamin Netanyahu caught up with the 21st century by jumping into the holy trifecta of Facebook-Twitter-YouTube this week. Mazel tov!