The conservative Utah senator not only understands, but is willing to publicly defend the Constitution 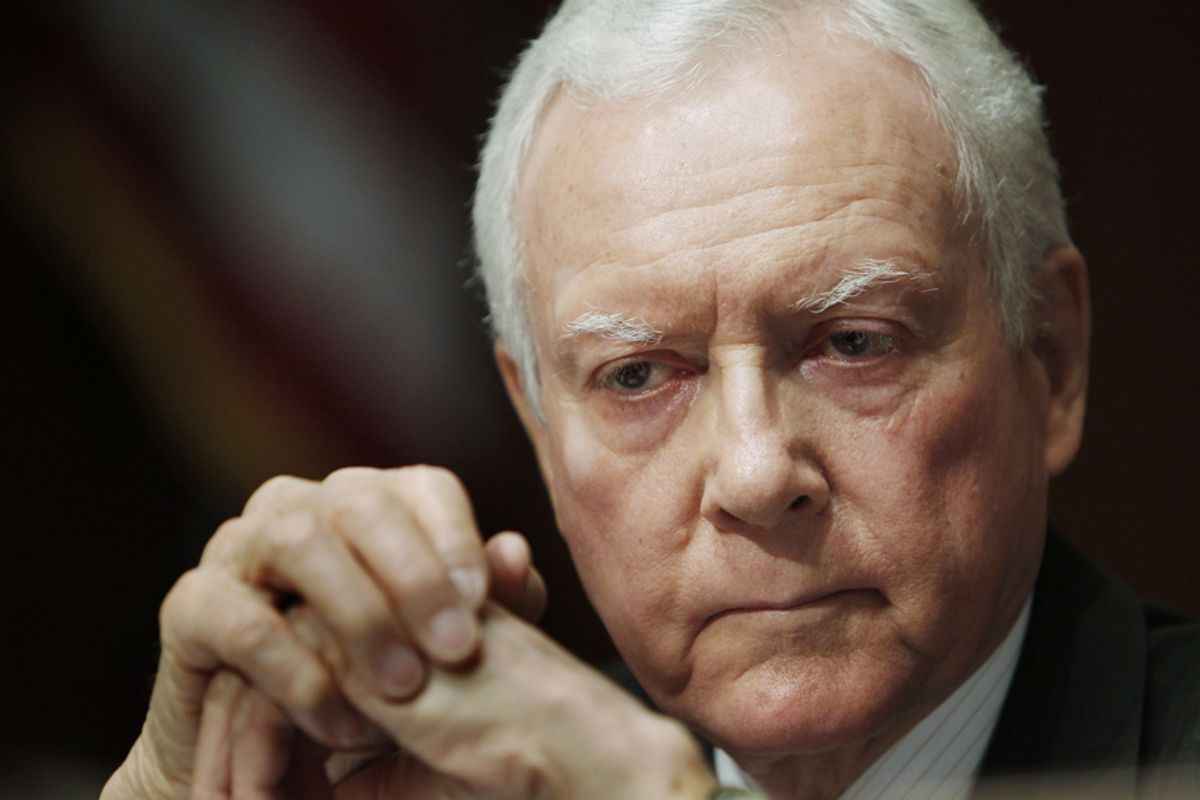 It shouldn't be surprising that Orrin Hatch would defend the right of the Park51 organizers to build a mosque (or "mosque") on private property. The guy is one of the most prominent Mormons in the nation, and after their history of religious persecution, they ought to be finely attuned to scare mongering about religious minorities. But he's also a conservative Republican, and his fellow Latter Day Saints Harry Reid and Mitt Romney both punted on the issue. So this is nice to hear, from Sen. Hatch.

Here's what he said to the Salt Lake City Fox affiliate:

HATCH: Let’s be honest about it, in the First Amendment, religious freedom, religious expression, that really express matters to the Constitution. So, if the Muslims own that property, that private property, and they want to build a mosque there, they should have the right to do so. The only question is are they being insensitive to those who suffered the loss of loved ones? We know there are Muslims killed on 9/11 too and we know it’s a great religion. … But as far as their right to build that mosque, they have that right.

I just think what’s made this country great is we have religious freedom. That’s not the only thing, but it’s one of the most important things in the Constitution. [...]

There’s a question of whether it’s too close to the 9/11 area, but it’s a few blocks away, it isn’t right there. … And there’s a huge, I think, lack of support throughout the country for Islam to build that mosque there, but that should not make a difference if they decide to do it. I’d be the first to stand up for their rights.

And now he will surely lose his next election, in 2012, unless this whole controversy is just another cynical effort to gin up the base during a long, hot August, and everyone will have basically forgotten about it in two years. (Except maybe for some Muslims in America and abroad.)