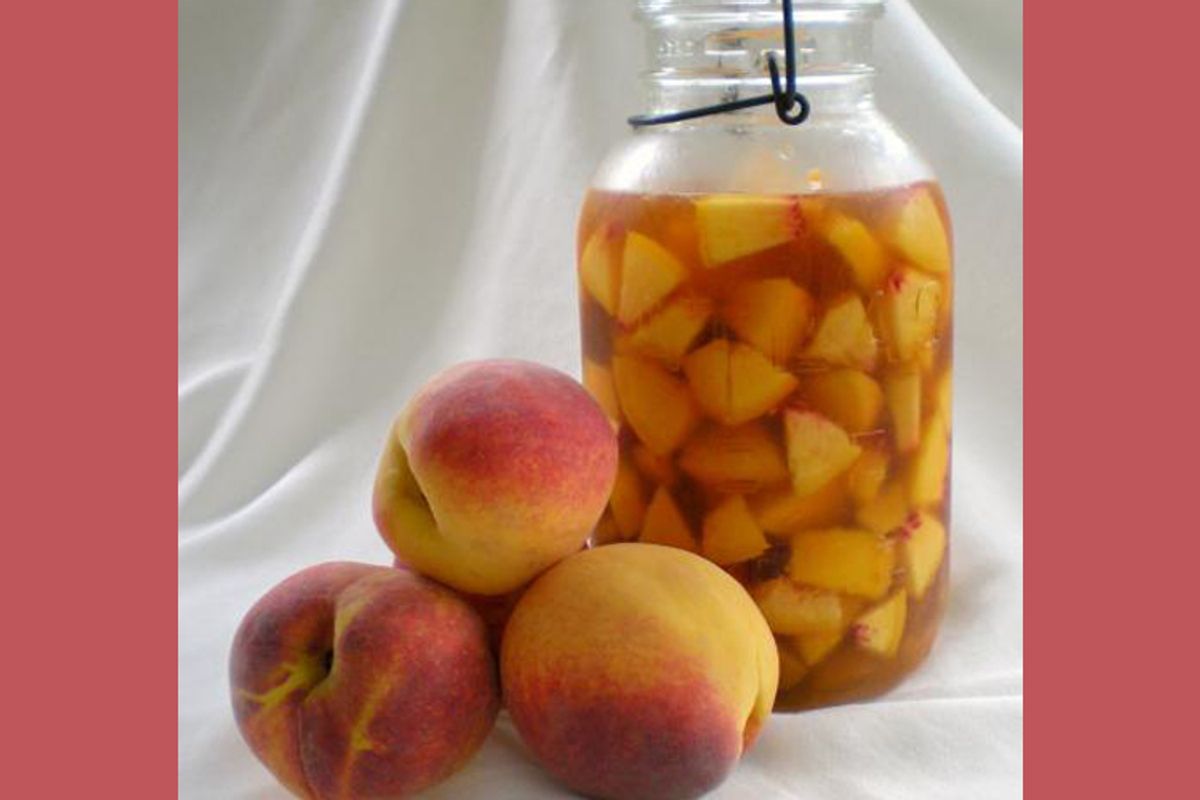 Friends are over for a meal on this summer afternoon, and we start with cocktails on the front porch. I guess you could say I'm an old-fashioned girl: I like front porches and drinks served in Grandmother's cut-glass tumblers.

It's a lucky thing I've planned ahead and have a jar of bourbon and fruit on its way to becoming Southern Succor. For six weeks, fresh peaches and lemon peel will soak in Kentucky bourbon; the infused mixture will then be strained and combined with simple syrup and aged for two more weeks. This ambrosia can be served in a myriad of ways -- on its own, in cocktails, in grown-up ice cream desserts, or as a glaze for grilled meats.

Adapted from "American Home Cooking" by Cheryl and Bill Jamison

Joey is a mixologist and philosopher and this is his version of an Old-Fashioned, with the exception of the lemon -- he uses orange. Because he lives in the South, he'll sometimes finish the drink with tea instead of water.