Some say today's chart-toppers dress like female impersonators -- but have Ke$ha and her ilk earned the comparison? 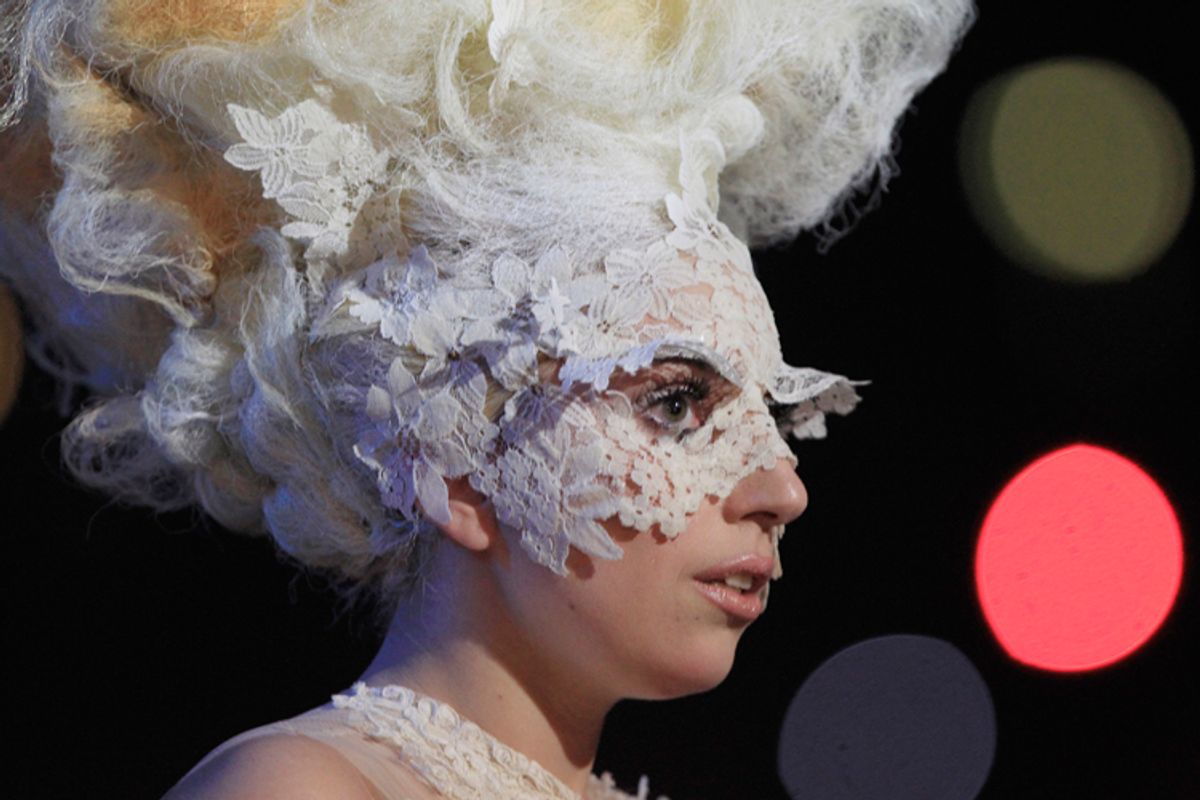 Earlier this month, NPR's Zoe Chace observed that "there are some pop stars right now who look a lot like drag queens --Lady Gaga, Nicki Minaj, Beyoncé, Katy Perry, even Ke$ha." She explained: "Beyoncé becomes Sasha Fierce when she performs. Katy Perry puts on a bright blue wig to walk the red carpet. And Stephanie Germanotta, better known as Lady Gaga, wears sunglasses made of cigarettes and sells out stadiums."

Today, the New York Times highlights a similar think piece by Wesley Morris in the Boston Globe about how many of the women currently topping the charts have "cheekily incorporated elements of drag into their personas." He also touches on RuPaul's new show "Drag U," which takes biological women who lack confidence and have lost touch with their femininity and gives them a makeover at the hands of drag queens. Morris declares: "Drag has used women. Now women, clearly, are using it back."

It's a fascinating theory, but how many of these starlets are using drag with any real awareness or intent? Let me rephrase: How many of these starlets -- aside from Lady Gaga -- are using drag with any real awareness or intent? Plenty of people have called Gaga a drag queen and actually meant that she was a man dressing as a woman, not that she was merely borrowing from the aesthetics of drag culture. More recently, she has actually performed as her male alter ego, Jo Calderone. As I noted last week, "her look has evolved from drag queen to androgynous to drag king, and her self-described sexuality has slid from straight to gay to bi to ... abstinent." Those others female pop stars worship at the altar of femininity; meanwhile, Gaga defaces it.

There has always been an overlap between biological female performers and drag queens -- and it goes both ways. What are Heidi Montag, Jenna Jameson, Pamela Anderson and other famous pneumatic blondes, but caricatures of femininity? It seems to me, gender is performed and it can easily turn into farce without any real intent.