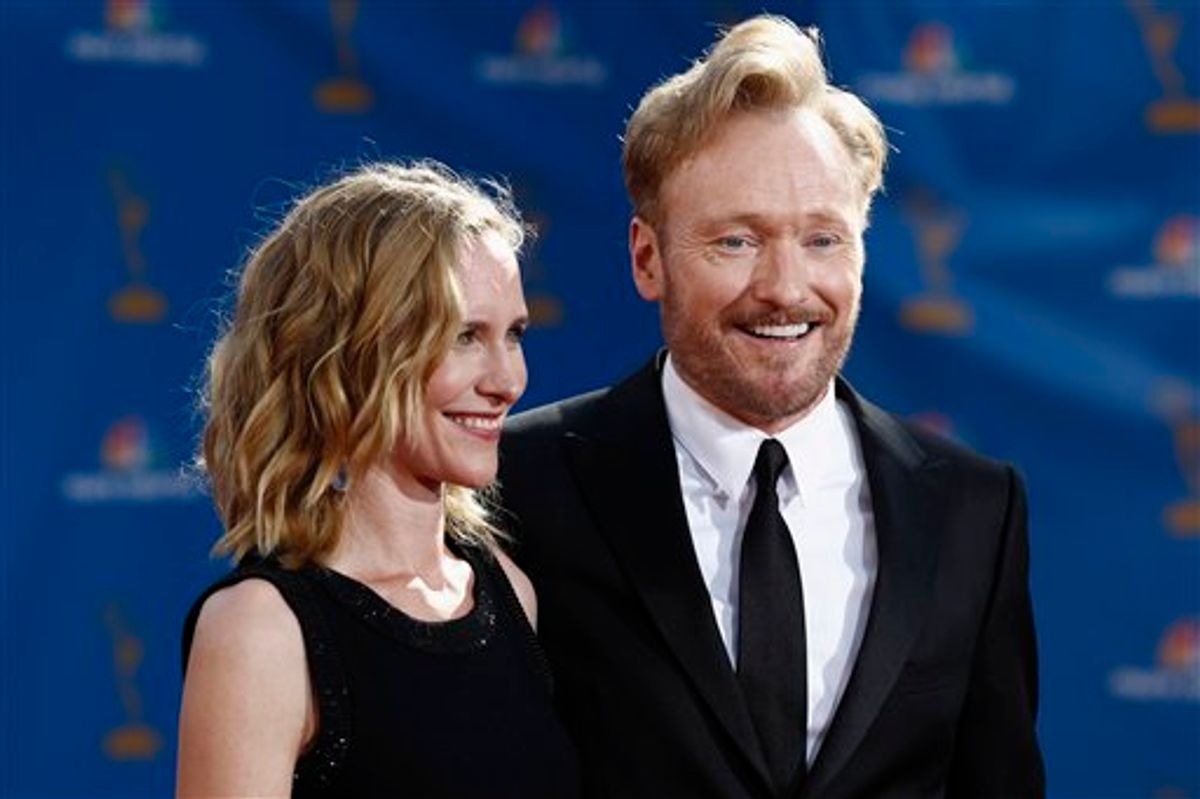 The Team Coco posse shows no sign of dissipation as Conan O'Brien fans begin the countdown to his new TBS program, which takes its maiden voyage on Nov. 8. O'Brien teased the announcement of his new show's name yesterday, tweeting, "I was going to announce the name of my new show today, but my lawyers tell me 'The Return of Nanny McPhee' is taken. Tune in tomorrow." So we were waiting with bated breath to be told that the show is called... "Conan." Shocking. At least there's a glib video to go with the announcement, which you can check out below.

Also keeping the ginger-haired giant in the news was his appearance at the Emmys on Sunday --  which were broadcast by his estranged network, NBC. Jimmy Fallon got at least one solid joke in about Conan's truncated "Tonight Show" reign, and although much was made of O'Brien's nomination for his seven-month stint, the juggernaut that is the "Daily Show" bested him in the end. The Los Angeles Times says Jon Stewart should just give the Emmy back, even if some of O'Brien's fans don't care about the loss.