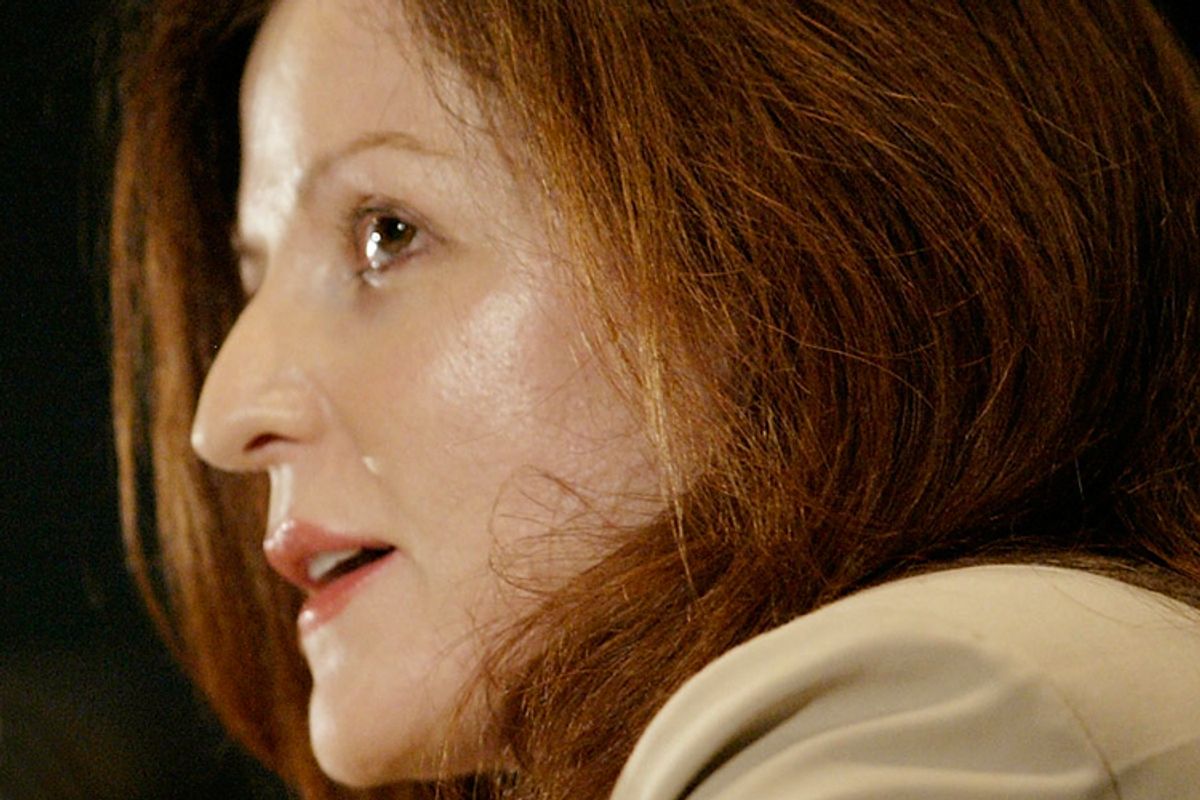 Award-winning New York Times Op-Ed columnist Maureen Dowd wrote a political column about Barack Obama's speech last night! Of course the column had to be finished in time for this morning's paper, so it was obviously written in 10 minutes or so yesterday afternoon, before the speech was actually delivered. There is a joke about Al Gore and "earth tones" in the very first sentence of this column on Barack Obama's speech about the Iraq war.

The "earth tones" thing was a completely fictional story invented, almost simultaneously, by the entire 2000 campaign press corps, because the narrative everyone had decided on was that Al Gore was a phony and a wacko weakling liberal loser. MoDo led the charge, and has clung to that caricature, despite its basis almost entirely on complete fabrications, ever since.

As far as I know Maureen Dowd has never acknowledged -- let alone apologized for -- her relentless, inaccurate smearing of Al Gore. (In 2007 she pretended to apologize, in the voice of Clarence Thomas, but I'm not sure she's actually self-aware enough to get the real joke she ended up making.) And her blithe willingness to go back to the "earth tone" well illustrates both her lazy hackishness (it's been a decade, Maureen) and her complete disregard for any truth beyond the idiotic fantasies she constructs about public figures.

That, as I said, is only the very first sentence.

So! She refers to the Oval Office as President Obama's "redecorated man cave," because "man caves" are a trend thing she read about, in the year 2005. She then throws in a gratuitous reference to the terrible, trashy taste of those awful Clintons, another Dowd pet topic.

Maureen Dowd is a Pulitzer-winning columnist.