Sarah Palin and Glenn Beck are having a 9/11 party! 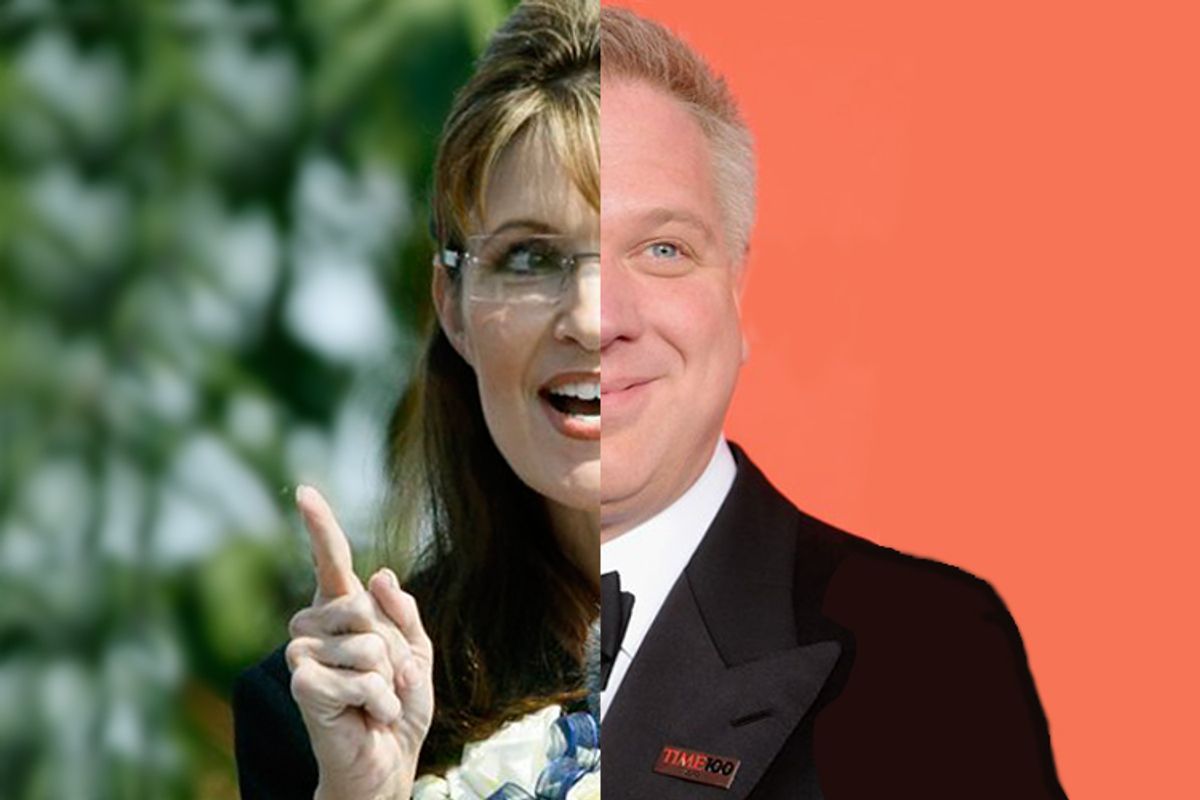 Exciting Sarah Palin news: She is going to celebrate 9/11 at Anchorage, Alaska's Dena'ina Center, with famous television clown Glenn Beck! This was the only actual "news" in the lengthy (and often entertaining!) Vanity Fair story about how Sarah Palin is a narcissist whose speaking fees are paid by mysterious fly-by-night PACs.

So what will Glenn and Sarah be talking about at this upcoming event? No one knows. Glenn Beck mentioned on his radio program today that he would be speaking in Alaska, with Sarah Palin, "a week from Saturday." He didn't mention that a week from Saturday is 9/11, because Glenn Beck forgot about 9/11.

Oh, also! Next month is the Iowa Republican Party's annual fall fundraiser. And Sarah Palin will be the keynote speaker! She was invited to do this in 2009, but she never even bothered to get back to them. This year, apparently, something is different.

Either Sarah Palin is running for president, or she and Glenn Beck are just embarking on another of the money-making schemes that they are both deeply devoted to. Almost certainly the latter.