Chris Christie picked the wrong guy to call a liar

Bret Schundler, the man New Jersey's governor insulted and fired, is fighting back -- and he's got e-mails 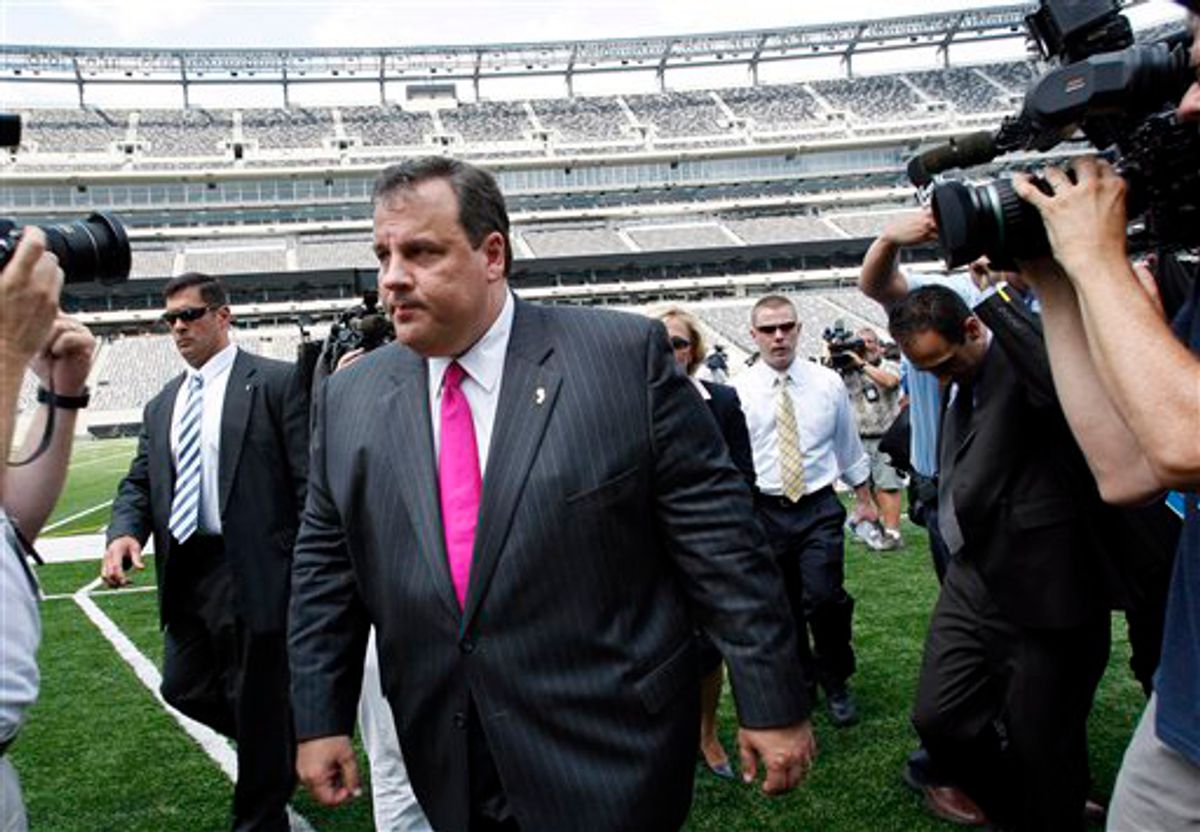 You can certainly understand why Chris Christie threw his education commissioner, Bret Schundler, under the bus last week. After all, it was Schundler's department that botched the state's "Race to the Top" application, costing New Jersey five points on its application -- the difference between $400 million in federal money and nothing.

But Christie, the state's first-year governor, didn't just fire Schundler for incompetence: He called him a liar. Loudly and repeatedly. He felt this necessary because when the news of the botched application first broke last Wednesday, Christie publicly blamed the Obama administration, claiming that Schundler had supplied the data that was missing from the application -- budget numbers for the years 2008 and 2009 -- in advance of his formal hearing with the federal Department of Education. The real blame, Christie insisted, was with Obama's army of inflexible bureaucrats.

"That’s the stuff the Obama administration should answer for," he thundered. "Are you guys just down there checking boxes like mindless drones, or are you thinking? When the president comes back to New Jersey, he’s going to have to explain to the people of the state of New Jersey why he’s depriving them of $400 million that this application earned."

This argument quickly unraveled when a videotape of Schundler's hearing was released, showing that the education commissioner and his team were blindsided by the error and unable to provide the missing data. When that tape emerged, Christie changed gears, branded Schundler a liar and fired him.

"Don't lie to the governor. That's the message," he declared.

But there's a problem with that version, too: Schundler didn't lie to Christie, and now he's going public with e-mails that prove it. The e-mails, between Schundler and Christie's communications director, show that Schundler was upfront with the governor's team about his failure to provide the feds with the correct data. And in a separate personal account of last week's events released with the e-mails, Schundler describes a phone conversation with Christie on the morning that Christie blasted the Obama administration:

The Governor said he was angry about the missing information in our grant application, but that no one was going to lose their job over it. He said he was about to do a press conference about the matter, and that he believed it is always better to be on offense than defense, so he would accept responsibility for the error, and then go on offense against the Obama Administration. He was going to try to make the story about their picayune rules. He was going to say that I gave the reviewers the missing information, but the Obama Administration refused to give us the points we deserved, and that this showed they put bureaucratic rules above meaningful education reform.

It's pretty obvious what happened here. Christie, in his first seven months in office, has racked up plenty of favorable press coverage with his blunt, plain-spoken style. He's crafted a powerful image as a common-sense governor at war with the bureaucrats and special interests that have ruined his state.

But there's no room in this narrative for clerical mistakes that cost the state $400 million. So from the minute the story broke, the search was on for a scapegoat -- and the Obama administration made for a perfect target. And it might have worked, too, had Schundler's hearing with the feds not been videotaped. If that had been the case, then it would have been Christie's word against Obama's, a winning bet right now for the governor. But it was taped -- something Christie didn't realize. As Schundler himself puts it now:

I have thought about the possibility that beyond my being a scapegoat for his misstatement, the Governor might be angry at me for not telling him the interview was videotaped. In my defense, I never believed I needed to say, “Governor, stick to the truth, there’s a videotape.” Perhaps I should have.