Elizabeth Warren bails out of Harvard

The law professor cancels a class. Does she need free time for a bruising confirmation fight? 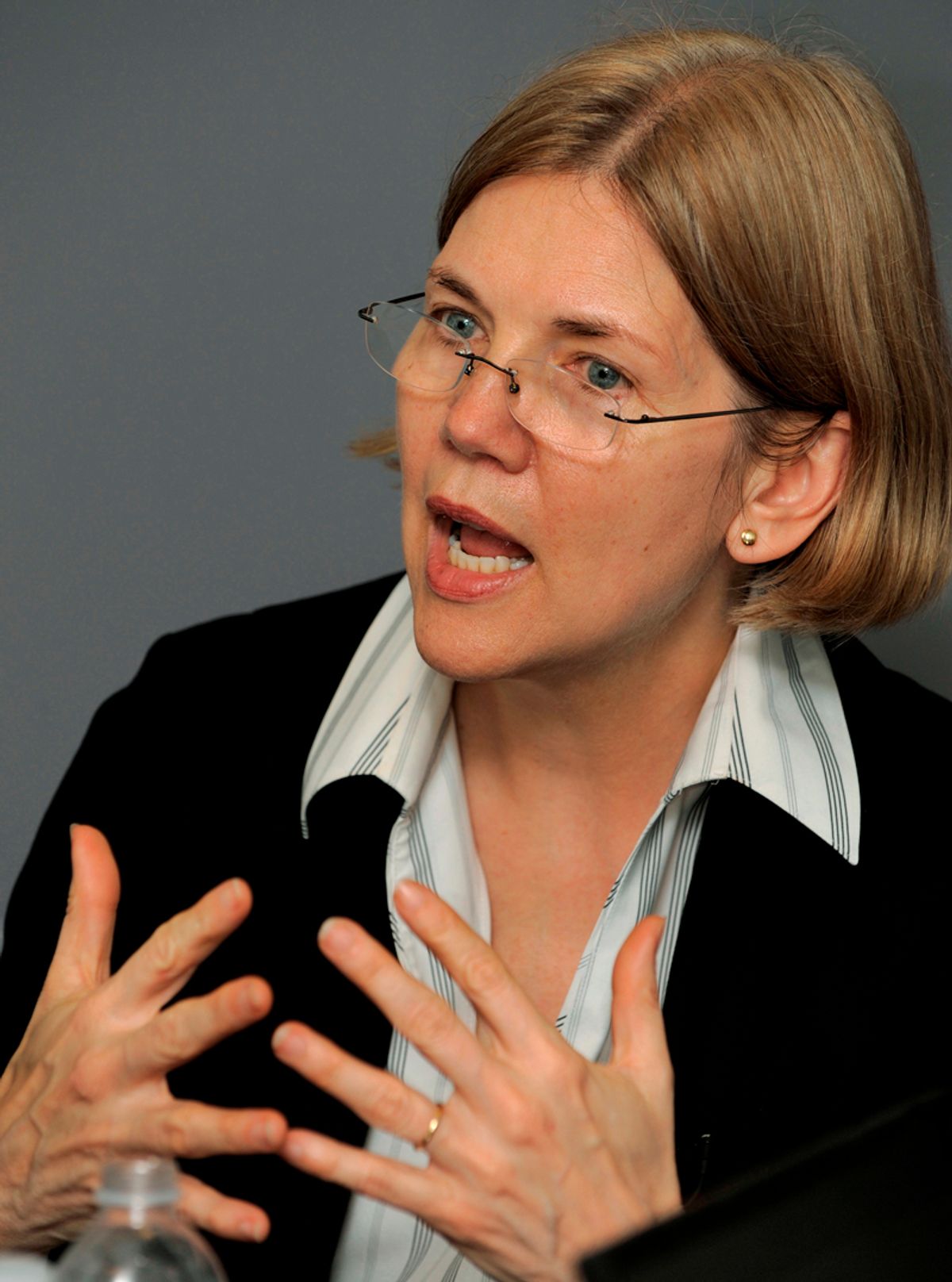 Don't expect anything to happen before the Labor Day weekend, but the latest iota of information on Elizabeth Warren could, just maybe, or quite possibly, be construed as encouraging. A tweet from the Columbia Journalism Review's Ryan Chittum points us to a Washington Post item by Brady Dennis reporting that the law professor suddenly dropped out of her fall contracts class at Harvard.

"I'm writing to let you know that Professor Jerry Frug will be teaching your Contracts class this term instead of Professor Elizabeth Warren," law school dean Martha Minow wrote to students on Tuesday, according to an e-mail obtained by The Washington Post. "Professor Warren regrets that she will not be able to teach you this fall and we regret the last minute change."

Classes are scheduled to begin next Wednesday.

How does this tidbit rank against the news that Warren was spotted having lunch with Obama advisor Valerie Jarrett or that she was seen leaving the White House on a Thursday afternoon a couple of weeks ago? The Post observes that she managed to teach her class during the last two years, even while overseeing the congressional panel investigating TARP. So something is up.

I choose to be heartened. A class full of Harvard law students may be disappointed, but where they lose out, the nation gains.