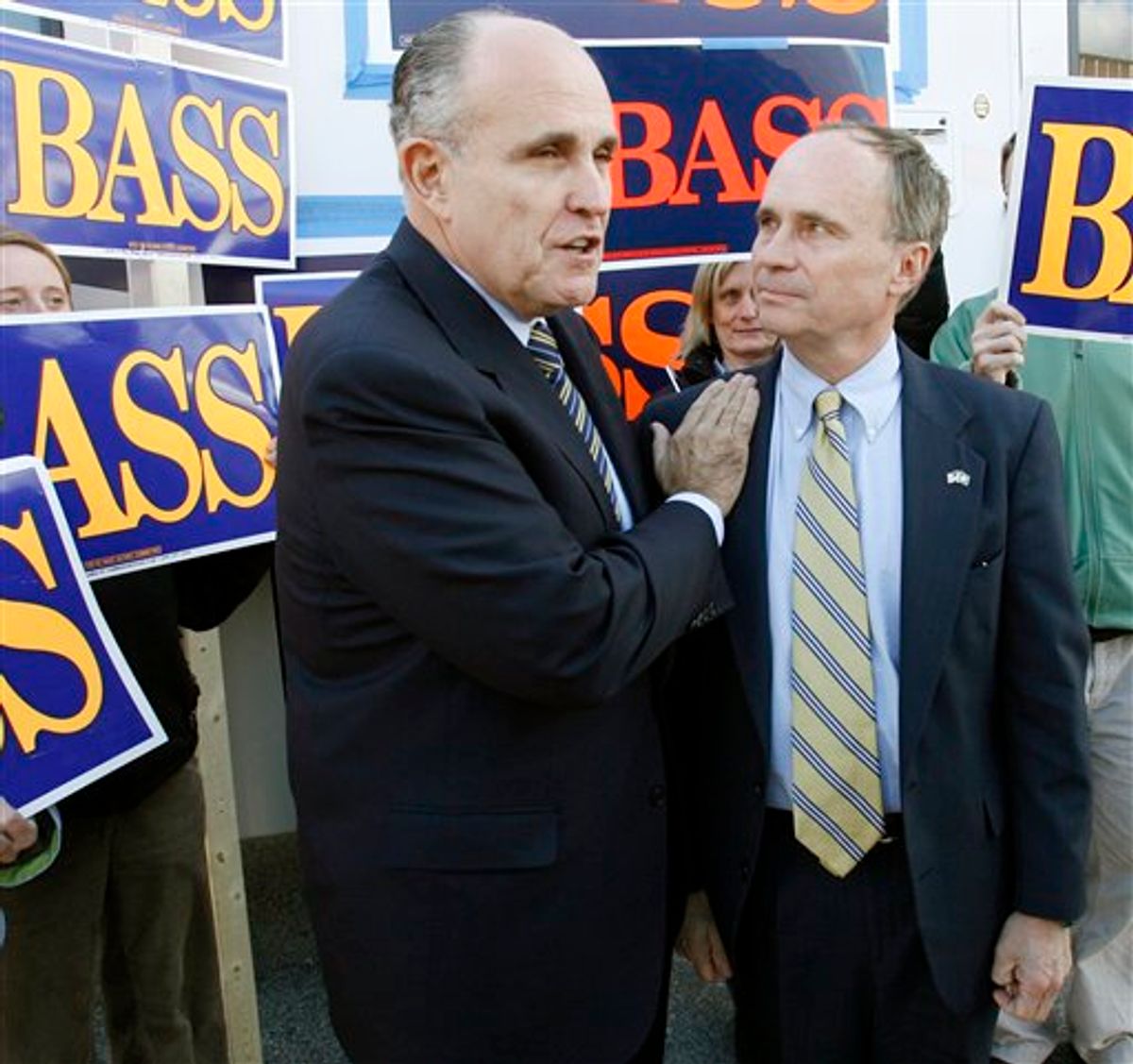 Ever wonder what Rudy Giuliani's been up to lately besides campaigning against the "ground zero mosque"?

Not running a successful consulting business, as it turns out. Maggie Haberman at Politico reports on the winding down of Giuliani's home for the last eight years, consulting outfit Giuliani Partners:

Giuliani Partners, the consulting business formed by the former mayor shortly after he left City Hall, has vacated the flagship office it had on a floor of the Ernst & Young offices in Times Square for nine years, consolidating space with the ex-candidate's law practice, sources confirm.

The consulting practice, which took a hit in the wake of his presidential campaign loss and had whittled down to a smaller number of employees, moved into the new space that Bracewell & Giuliani holds last week, the sources said.

Giuliani founded the firm in 2002, taking several City Hall employees with him when his mayoral term ended. Giuliani Partners employees included former Police Commissioner Bernie Kerik, who later resigned from the firm in disgrace -- and who is now in federal prison.

At the time Rudy founded the firm, he was riding high as "America's Mayor" after the Sept. 11 attacks. Here was the pitch he gave the Los Angeles Times in 2002:

The aim of Giuliani Partners, which hopes to bring in at least $20 million a year in revenue, is to show corporations, other cities and large organizations "how we took a $40-billion city that was seen as unmanageable and ran it like a business," [Giuliani] says.

But the sheen of Giuliani's mayoral tenure has long since worn off. And, as Haberman notes, his failed presidential campaign also dealt a blow to the consulting enterprise. It's not really a surprise that a name-driven firm would decline as Giuliani fades as a national figure.