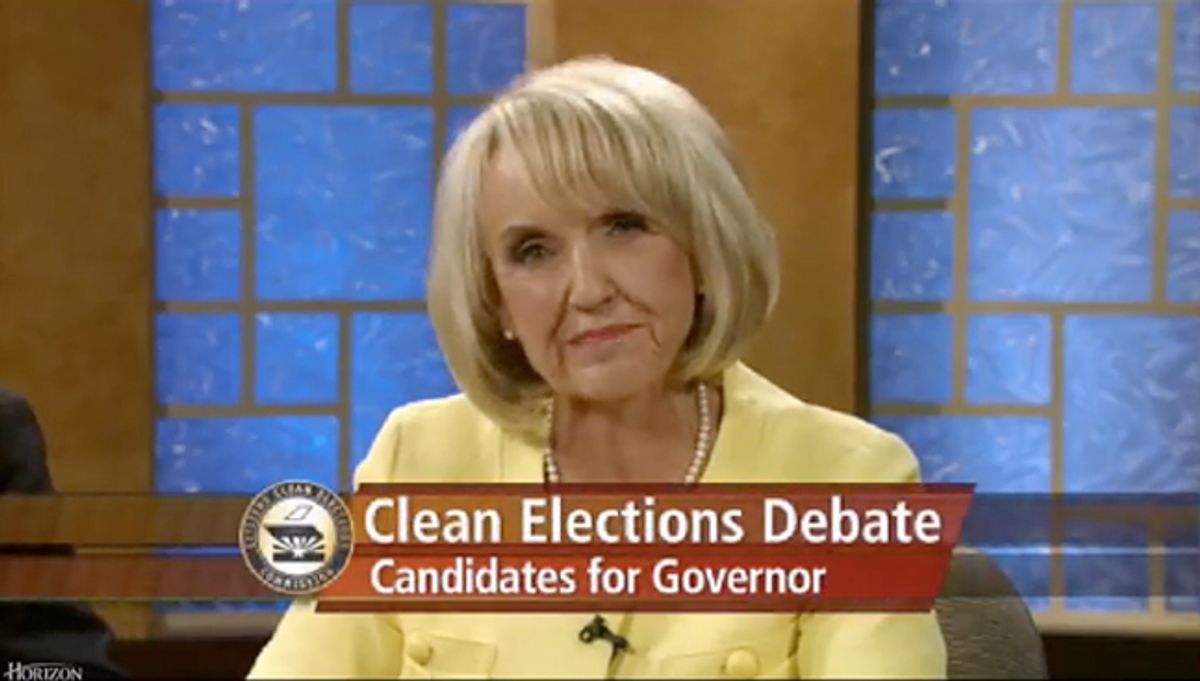 Arizona Republican Gov. Jan Brewer, considered by many to be a  rising star because of her immigration battle with the Obama administration, gave a painfully awful opening statement in a gubernatorial debate last night.

There's not much use describing it, just watch (Brewer, by the way, is heavily favored to win the race):

To find another debate performance this bad, you have to go all the way back to 1992 and Ross Perot's running mate, Adm. James "Who am I? Why am I here?" Stockdale. Check out this moment from the '92 vice-presidential debate: