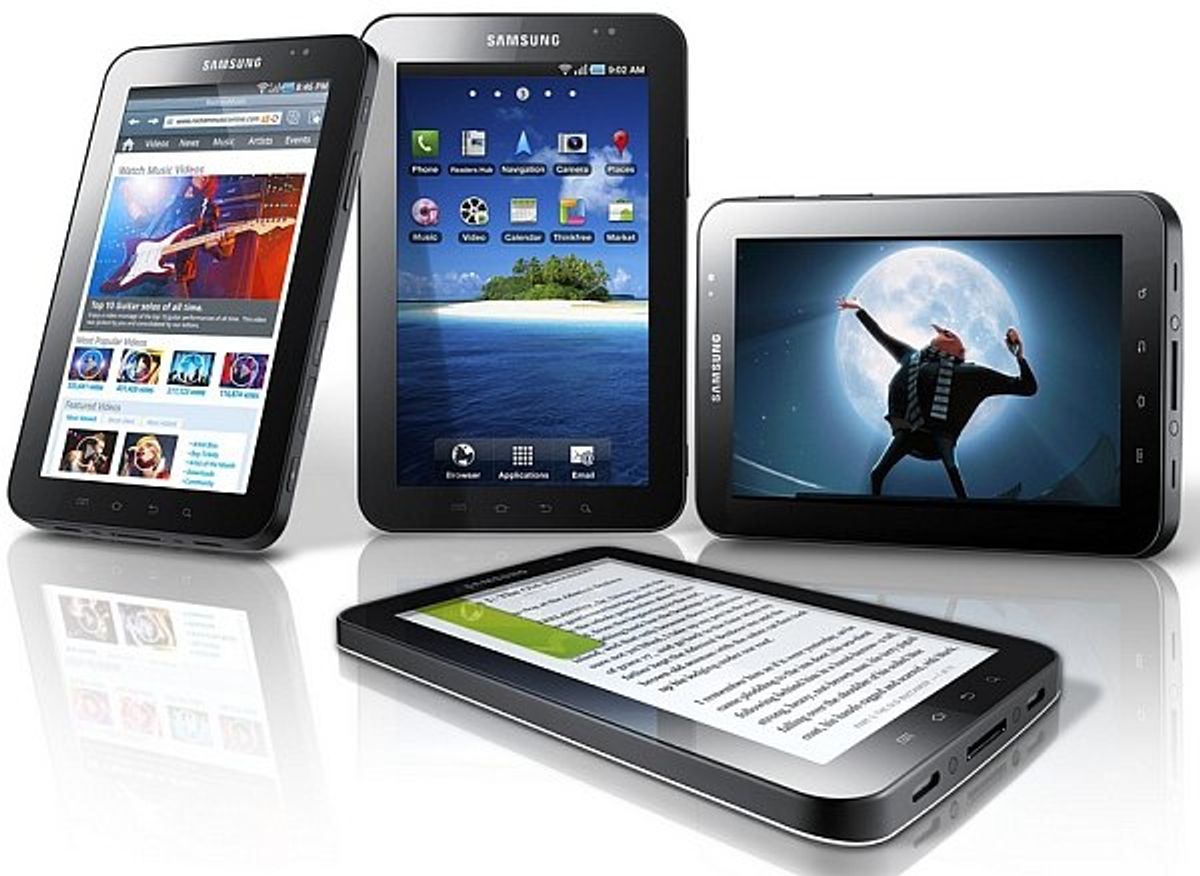 Oil versus water. He-Man versus Skeletor. Sarah Palin versus rational thought. Bitter enemies, all. None of these, though, has generated as much loyalty or backstabbing as the heated tech rivalry between iOS and Android. The operating systems have been dividing and conquering our gadgets and gizmos for what seems like forever, and today Google launched another Android-based product for us to gobble up. Or spit back out. And it's only the first of many!

The 7-inch Samsung Galaxy Tab is ready to compete with the insanely successful iPad, and with its unrestricted applications, multitasking capability, and larger storage capacity, it might prove itself to be a contender. Side-by-side comparisons are already flooding the Internet, and the technical specs are being dissected by the nerdiest of us all. The Galaxy Tab made its debut at the IFA Consumer Electronics show in Berlin today, and was only one of numerous gadgety reveals. An astute Guardian columnist writes about the sweet spot for tablet screens and batteries. Toshiba has its mind on pulverizing the iPad as well. We want a fair fight, ladies. No scratching.

Engadget has a video of its hands-on time with the Galaxy Tab, and you can check out the official commercial below. Ooooh, shiny.