Rapper T.I. and wife "Tiny" snatched up on drug charge 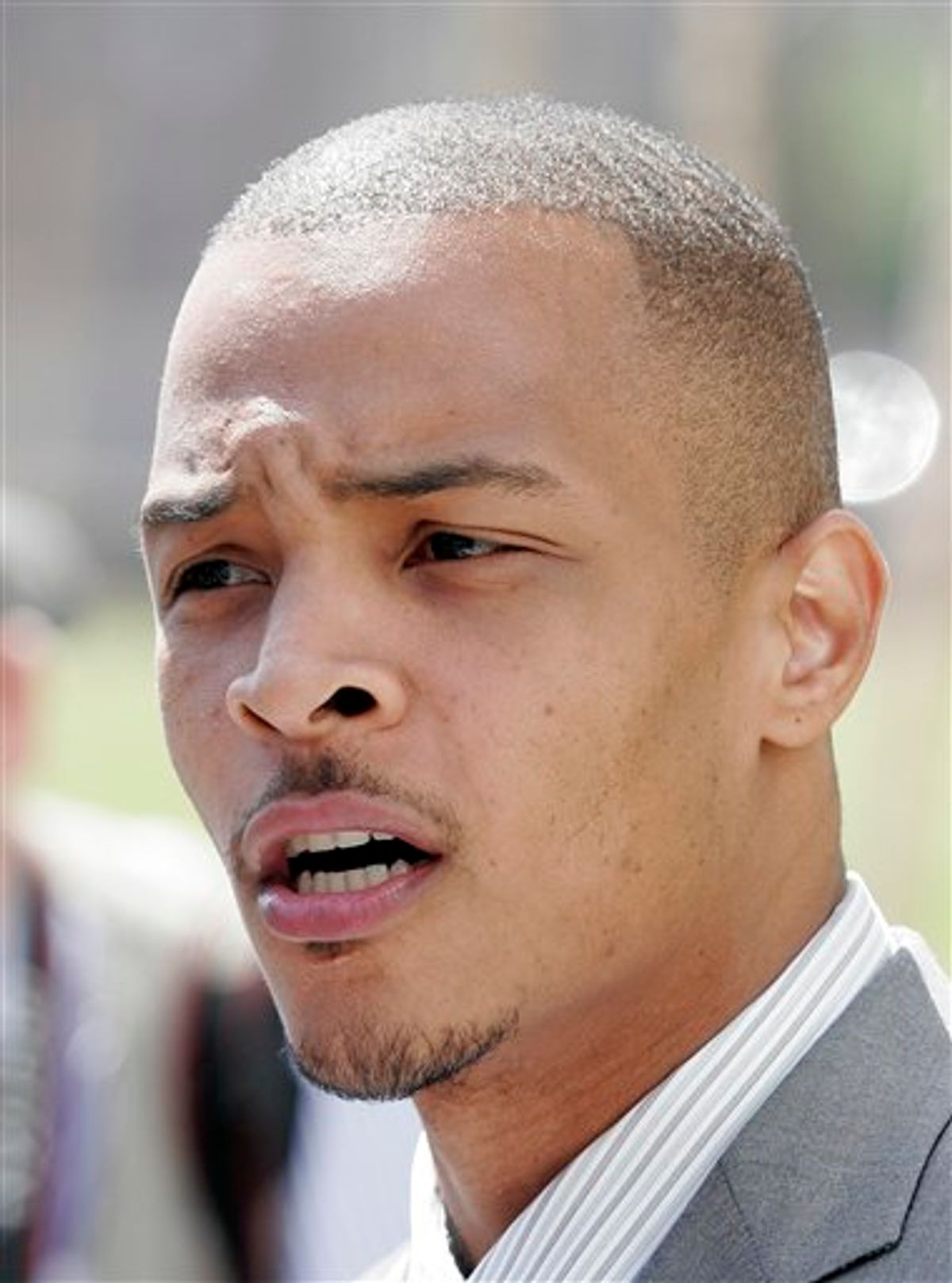 While his street cred can't really be questioned, one must still ask if rapper T.I. (real name Clifford Harris) has some sort of strange love of the prison system. It's hard to figure out exactly why Harris would risk going back to the clink by smoking weed while driving in his car. That's what great big houses and hotel suites are for. Maybe he was celebrating his part in the No. 1 film from last weekend, "Takers." Maybe he was enjoying a night off from his four kids.

T.I. and his wife, Tameka "Tiny" Cottle from the BET reality show "Tiny and Toya," were stopped by cops Wednesday night in West Hollywood. Police say that after they smelled pot, they searched the car and found a "controlled substance," prompting the arrests for drug possession. TMZ claims the substance was a small amount of ecstasy, which jibes with rumors everywhere else on the Web, although somehow meth got mixed in there too. No word on how this will effect the release of T.I.'s new album, "King Uncaged."

When the pair were released on bail this morning, Cottle took the time to tweet: "Jus wanted 2say thank u 2every1 dats been leaving encouraging msgs & prayers! We love u guys:)going 2bed now! So glad 2b n a nice clean bed$." And 50 Cent, who knows a little something about being locked up, tweeted his thoughts on the subject: "Man TI and tiny done got picked up agin for methamphetmines and ecstacy dam manTiny gotta take that charge. Say it was yoursBaby." Nice.

Check out the rap superstar on "Chelsea Lately" talking about his recent year in prison: