The Gulf oil rig fire: What we know 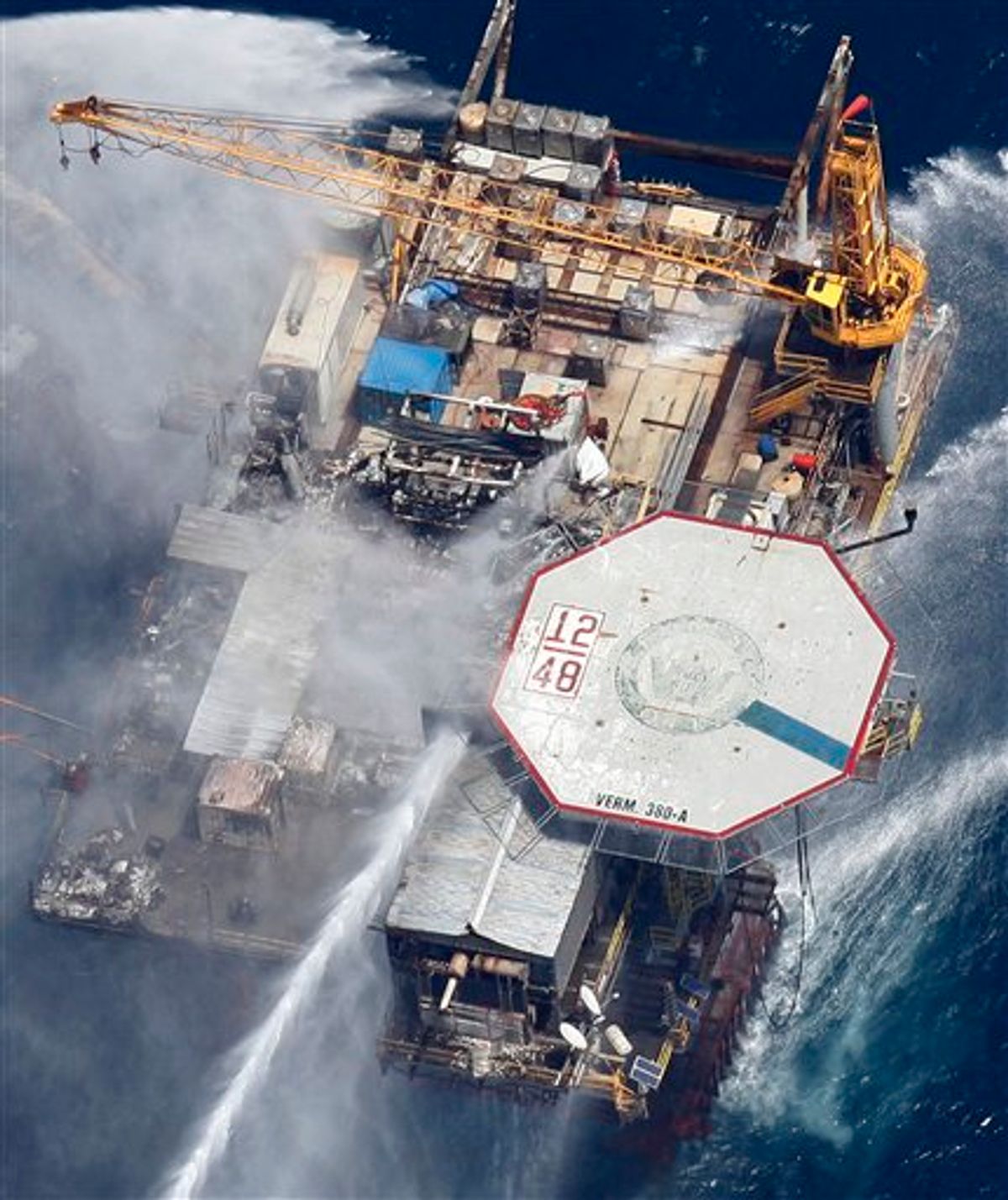 Boats are seen spraying water on an oil and gas platform that exploded in the Gulf of Mexico, of the coast of Louisiana., Thursday, Sept. 2, 2010. All 13 crew members were rescued. (AP Photo/Gerald Herbert) (AP)
--

UPDATE II: As of 5:30 p.m. ET, the Coast Guard is backing away from earlier reports of a mile-long oil slick near the site of the Vermilion platform. Mariner Energy, which owns the platform, told the Washington Post there is no slick, and the Coast Guard said it has not been able to confirm its earlier claim that there was a sheen on the water.

UPDATE: In an about face from what the Bureau of Ocean Energy Management said earlier today, Gov. Bobby Jindal is now saying that there were "seven active production wells on the platform," according to a 4 p.m. ET Associated Press story. Jindal said the wells have now been shut down.

The news today of a fire on the Vermilion Oil Platform in the Gulf of Mexico summoned fears of a disaster on the scale of April's Deepwater Horizon explosion. But how do the two incidents compare? Here's a look at what we know right now: