Did U.S. airport security get it right this time? 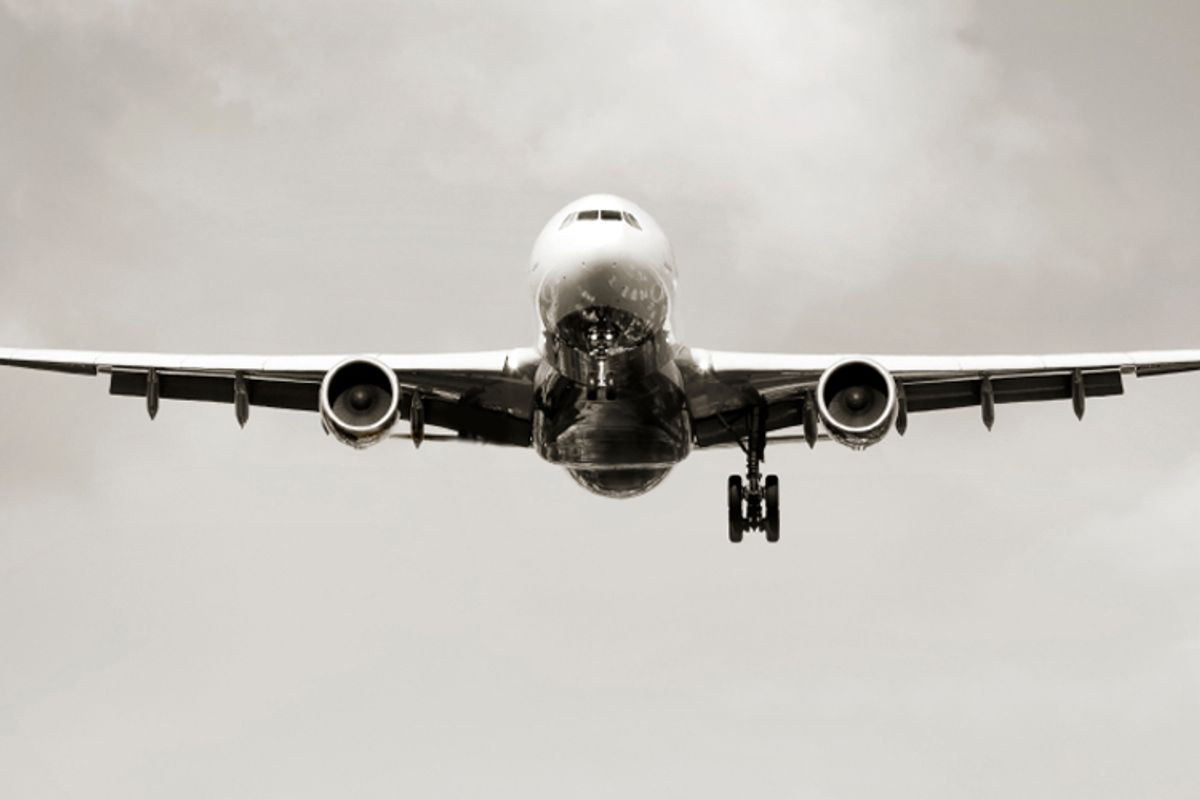 A man is led away from a plane at Schipol Airport in Amsterdam Monday Aug. 30, 2010 in this image taken from TV. The FBI probe of two men arrested in Amsterdam after suspicious items turned up in one of the men's luggage were probably not on a test run for a future terror attack, a U.S. official said Tuesday Aug. 31, 2010, casting doubt on earlier suggestions even as Dutch authorities held the pair on suspicion of conspiring to commit a terrorist act. (AP Photo/RTL, via APTN) ** NETHERLANDS OUT: ONE TIME USE ONLY: FOR USE UNTIL 1600 GMT SEPT 2, 2010 ONLY: WEBSITES MUST REMOVE THIS IMAGE AFTER 1559 GMT THURSDAY SEPT. 2, 2010: NO ARCHIVE:** (AP)
--

In Amsterdam, two men headed from the United States to Yemen were detained after security staff discovered suspicious items in one of the men's checked luggage.

The story began when security screeners at the airport in Birmingham, Ala., discovered watches, cellphones and a bottle of Pepto-Bismol strangely taped together in a suitcase belonging to 48-year-old Ahmed Mohamed Nasser al Soofi, a U.S. permanent resident. After determining the items posed no threat, al Soofi was allowed to catch his flight from Birmingham to Chicago's O'Hare International Airport, from which he planned to connect onward to Washington-Dulles, and then overseas.

When al Soofi missed his connection at O'Hare, he was rebooked on a United Airlines flight to Amsterdam. His bag, meanwhile, was sent unaccompanied to Dulles, where it was loaded aboard the United plane to Dubai that al Soofi originally intended to catch.

There are rules banning unaccompanied suitcases on planes going overseas, however (a stricture going back to the Lockerbie catastrophe in 1988), and the Dubai-bound jet was forced to return to the gate. When al Soofi's suitcase was offloaded and rescreened, authorities became worried and alerted Dutch officials, who arrested al Soofi upon his arrival in Amsterdam.

Also arrested was Hazem Abdullah Thabi al-Murisi, a Yemeni citizen whose only crime appears to be that he shared Yemini citizenship with al Soofi, and happened to be seated near him. Reportedly the men had never met or spoken before, though both spent several years living near one another in Detroit, among the large Arab-American population there.

Do I believe that al Soofi and al-Murisi were terrorist operatives on a test run, sniffing out weaknesses in airport security? No, I don't. The evidence doesn't point that way.

Ignoring for a moment whether they were unfairly profiled (I don't necessarily feel that way, either, though al-Murisi's detention is a little hard to reconcile), I find the incident strangely comforting. As I've been writing for years, the No. 1 threat to commercial aircraft is, just as it has always been, bombs and explosives. And although we will never be completely protected -- a resourceful enough saboteur will always figure out a way to smuggle deadly components onto an aircraft -- it is heartening to see that our luggage screening protocols actually work, and are effective enough to detect what could have been something dangerous.

Also heartening is the way in which screeners in Birmingham seem to have handled their odd discovery. They checked things out and did not overreact.

Do the Dutch know something we don't, or are they the ones overreacting?

Abdul-Hakim Al-Sadah, Yemen's consul general in Detroit, says that mobile phones and watches are commonly packed together by traveling Arab-Americans (and other cultures too, I should add) as gifts for relatives and friends.

As for al Soofi's Pepto-Bismol, in the end it made sense. Turns out he probably needs it.