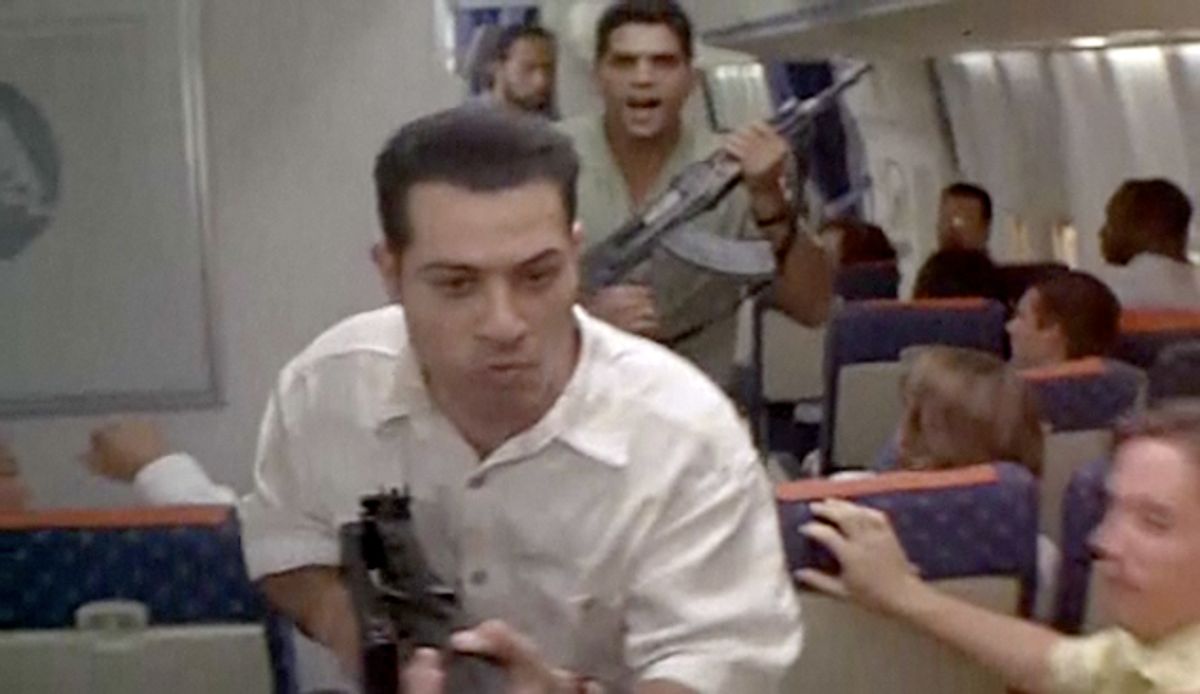 A scene from 1996's "Executive Decision," in which Arab terrorists hijack a Washington-bound Boeing 747
--

ABC on Tuesday published on its website what seemed to be a major exclusive story by Chief Investigative Correspondent Brian Ross: Law enforcement officials, according to Ross, had been "on a heightened state of alert to a possible hijacking of U.S. carrier flights from the Middle East" -- and as a result the number of air marshals on overseas flights, particularly to Dubai, had in the last few weeks been "greatly ramped up."

The piece, which ran under the headline "Authorities Were on High Alert for Possible Hijack Attempt" and was sourced to "one senior U.S. official," is simply no longer available on ABC's site. (It has been at least partially preserved on a few outside aggregrator sites.) But even though the story was taken down, ABC told Salon that it stands by the story.

The disappearance of the "High Alert" piece is another wrinkle in the saga of ABC's questionable reporting on the two Yemeni residents of the U.S. who were arrested in Amsterdam this week on suspicions of terrorism that quickly turned out to be unfounded.  We previously explained how a Monday night scoop on the case by Ross -- who has a history of passing along bad information on national security cases -- quickly fell apart. (The Monday story quoted an anonymous official saying that the Yemeni men were "almost certainly" on a dry run for a terrorist attack. They have now been cleared.)

ABC spokesman Jeffrey Schneider told Salon on Thursday that the story about the "heightened state of alert" to a Mideast hijacking was simply replaced with the latest information about the Yemeni case (this is the URL where the "heightened alert" story used to live). Despite the fact that the story has been taken off line, the network is not retracting it.

"We fully stand by the reporting on the story. The story was overwritten and overtaken by the changing the story about the Yemeni men in custody. You should not read into that that we backed away," Schneider said.

It is not standard practice to pull a big exclusive story off line.

Contacted by Salon about the pulled ABC story, the Department of Homeland Security would not confirm or deny the thrust of Ross's  reporting.

"As we conveyed to the ABC investigative unit on Tuesday, we have no information of a specific, credible threat of hijacking related to Dubai," said DHS Spokesman Matt Chandler. He declined to comment further on whether there is a heightened state of alert.