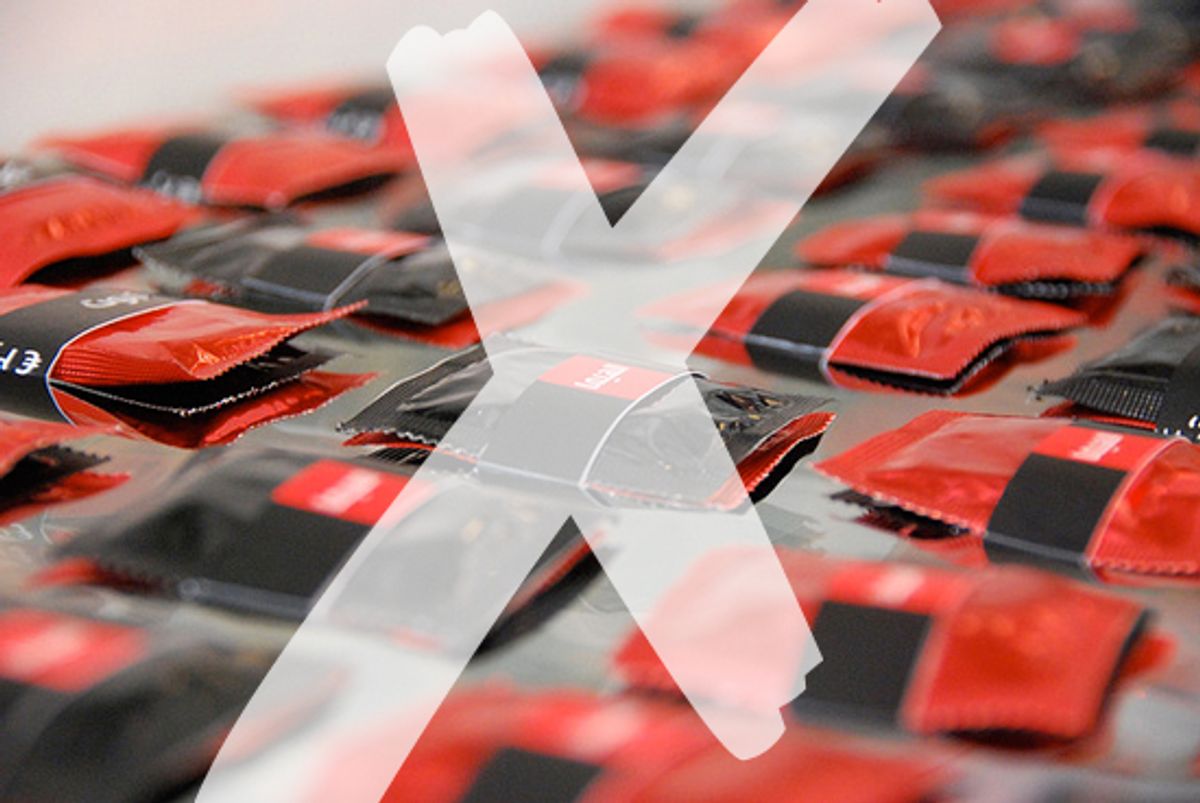 China is still struggling to keep population growth under control. That is even despite its one-child policy. So what's a desperately overpopulated country to do? Why, import abstinence-only programs that have failed miserably in the United States, duh!

This is actually happening: The country's Yunnan province has struck a deal with none other than Focus on the Family to train teachers with its "No Apologies" curriculum. According to the Washington Post, the program "took two years for staff to translate into Chinese and another two years to pass through government regulations." (An early pilot of the program failed because officials objected to the virginity pledge, arguing that young people should "pledge to no one but the Communist Party.")

The curriculum focuses on the consequences of premarital sex -- because marital sex has no consequences! -- and gives pointers on how to resist pressure to get it on. The lines provided to girls include these gems: "I'm not like everyone else," "Do you want to bet my future on that condom?" and "If you want to celebrate our love, bring me roses at 7 p.m. and let's go to dinner."

The agreement between Focus on the Family and government officials requires that the program exclude all religious and political material -- which is pretty hilarious, since that's all the organization is about. The curriculum isn't based on science, medicine or actual provable facts, it's religious and political propaganda at its very core. China, I hate to tell you this, but you've just been Familied.