And why didn't the president thank our former president for letting him win the Iraq War? 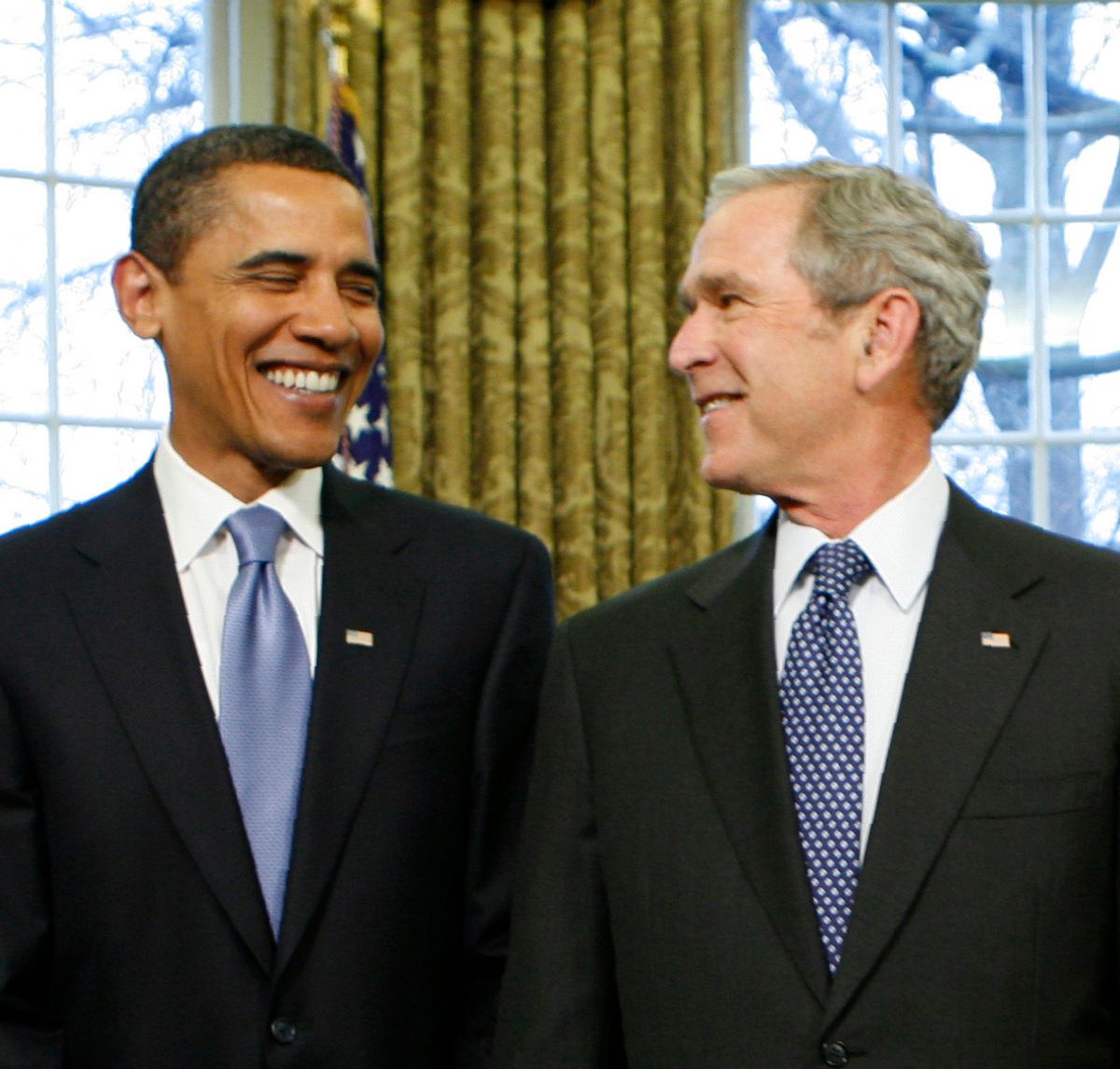 The New York Times' Sheryl Gay Stolberg asks the sort of question that only people in DC would ever think of asking: Why don't President Obama and former President Bush hang out?

Her story begins by reporting that Bush and Obama went literally months without talking on the phone, despite the fact that one time they had a nice meeting, "and it seemed, at the time, like a door might be opening between the two men."

Paragraph four is the requisite "to be sure" graf, which explains that there is absolutely no reason why anyone should care about whether or not these two dudes like each other, while also justifying the writing of an article asserting otherwise.

There is, of course, no obligation for presidents to keep in touch with their predecessors, and there is no evidence that Mr. Obama and Mr. Bush bear any ill will toward each other. But their relations do seem particularly awkward — or, more precisely, nonexistent.

How to explain this non-issue? Well, George Bush broke this country in many ways, and Obama is fond of pointing out that he cannot personally be blamed for the terrible things Mr. Bush and his Republican Congress did, which is very rude of him.

But this entire piece is actually about the insane notion, popular on cable news channels and among Republican operatives, that President Obama should've actually thanked George W. Bush in Obama's sad speech announcing the pretend end of the pointless war that Bush started under false pretenses.

There is an obsession among these pundits and operatives with getting Obama to "admit" that he was "wrong" about "the surge." This petty grievance thrives because an entire class of people who were dreadfully wrong about everything desperately wish to be told that they were, in the end, right. About anything. It has nothing to do with any actual analysis of war strategy or evaluation of the conditions in Iraq today.

So, yes, Obama mentioned Bush in his speech, and said Bush loved the troops. Was that enough?

The White House declined to discuss the thinking behind that language. But Bush loyalists on Wednesday were more than a little miffed by it.

“I’m curious why he mentioned President Bush at all if he wasn’t going to give him credit for the surge,” said Gordon Johndroe, who was spokesman for Mr. Bush’s National Security Council. A former top Bush speechwriter and strategist, Peter Wehner, said the mention of Mr. Bush “was at best pro forma; at worst, it was patronizing.”

Our president is so rude to the man who granted him the privilege of trying to figure out an end game to a horrible, open-ended war, started for no discernible reason!