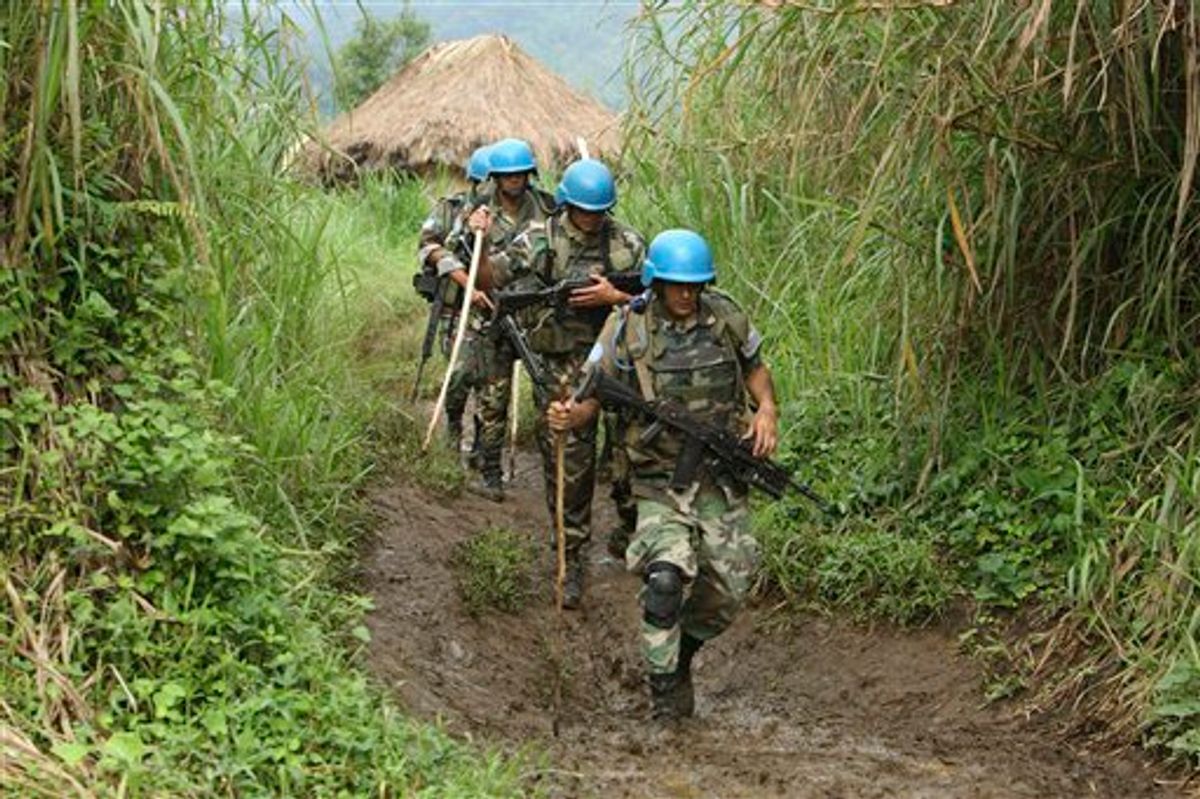 United Nations peacekeepers patrol near their encampment in the village of Kimua, deep in the heart of territory controlled by Rwandan Hutu rebels, in eastern Congo. (AP/Rebecca Blackwell)
--

A good morning to you. Now, for some brutally bad news: The recent gang rape in the Congo was worse than we thought -- and at a reported 150 some victims, we already thought it was pretty horrific. Turns out it was more like 240 women, children and infants, the BBC reports. Interestingly enough, the New York Times reports that the aid organization International Medical Corps is also refuting initial "reports from the area that some victims were male infants," claiming instead that "all were female and that the youngest was 16 years old and the oldest 75."

This news comes along with reports that the United Nations knew about the attack earlier than it originally claimed. CNN reports: "On August 10, the United Nations posted an online bulletin saying that 25 women had been raped in the villages, contradicting statements made by U.N. military spokesman Madnoje Mounoubai and special representative Roger Meece." Of this inconsistency, a spokesperson explained, "We are aware of the existence of a number of e-mails and we are trying to trace exactly how those e-mails were responded to." Just to maintain perspective with regards to the U.N.'s handling of this case, though, keep in mind that "80 peacekeepers were conducting patrols in an area about four times the size of Manhattan."