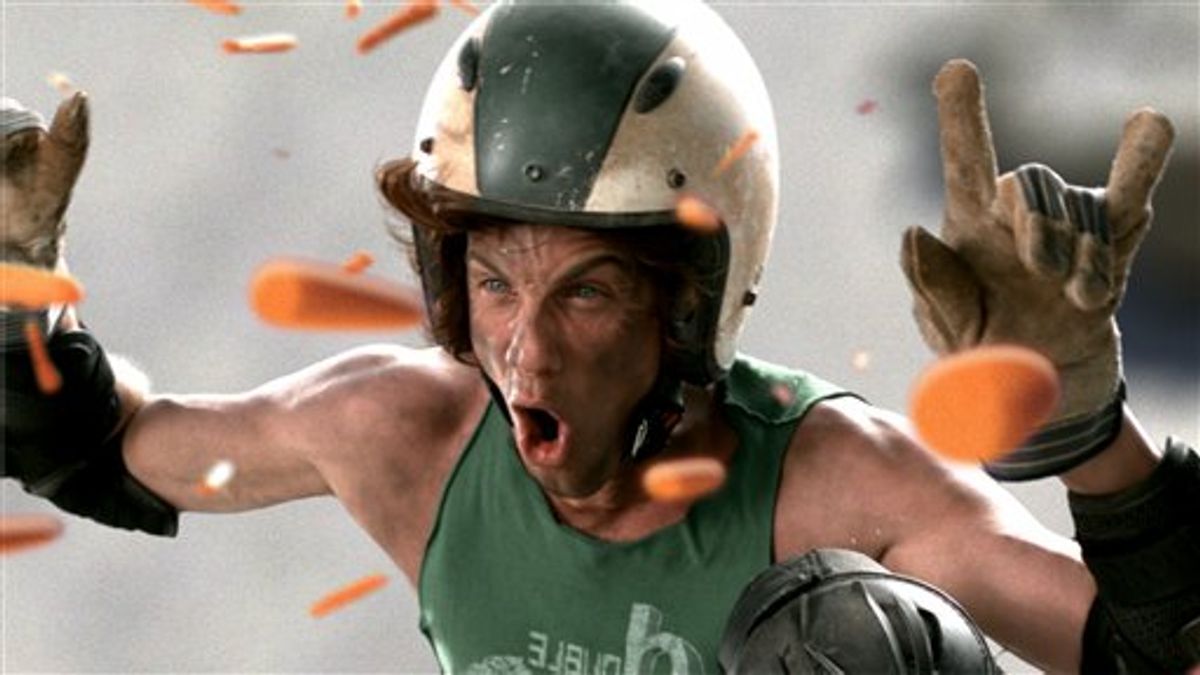 Some things, you have to imagine, don't need massive advertising campaigns. Milk, for instance. But then there you are, staring at life-size posters of all your favorite celebrities with those weird-looking milk mustaches. Up next: carrots! As reported by the AP, some 50 carrot growers from around the country recently joined forces to boost baby carrot sales, which set the bagged-vegetable world on fire in the '90s but have fizzled of late. The result? A $25 million campaign created by advertising agency Crispin Porter + Bogusky that focuses on the untapped hipness of the baby carrot.

Over the next year, it'll roll out a series of television commercials, Cheetos and Doritos-style packaging, seasonal tie-ins (Scarrots for Halloween! Boo!), commercials featuring sexxxy ladies lusting for xxxtreme carrots, and billboards with slogans like "Our crunch can beat up your crunch." The campaign's website features a staccato chant of "Baby! Carrots! Extreme!" set to heavy drumming.

I have to admit that I first thought the campaign was totally serious, and utterly ridiculous; another tone-deaf attempt at kids-cool by suited dorks. (Even if it is based on the slightly bizarre premise of convincing people that carrots are junk food.)

But then I went to the campaign website and looked at the Twitter feed. "Eatem like the bars are closing," said one tweet. "Tell you're kids [sic] that carrots are the new candy. Kids are dumb," said another. The website's impossibly cheesy, chanting biker-baritone was the next sign that things weren't as goofy as they seemed. Or, rather, intentionally even more goofy than they seem.

By the third time I heard the metalhead grunt that Baby! Carrots! are EXTREME!, I finally got how brilliantly self-referential it all was. Ironically ironic, the campaign isn't just deemphasizing the nutritional benefits of eating carrots over potato chips, it's actively (and winkingly) trying to call baby carrots junk food. Mastering the dark art of reverse-reverse psychology, the ad-masters obviously understand that people aren't going to eat something based on nutritional brownie points alone. It might be easier, instead, to convince teens and 20-somethings to eat carrots because it'd be ironic and funny and they'd be in on the joke. Kids, on the other hand, might actually be drawn to the bright packaging and stick-on tattoos, the old Cracker Jack ploy.

The entire campaign is kind of genius. It's certain to attract attention and become a talking point. But will it cause a stampede in the veggie aisle? I doubt it. Ultimately, a child's eating habits are more a product of the home environment than of a clever marketing campaign. And if you're not the kind of mother who believes in the goodness of vegetables (baby, extreme or otherwise), an ironic billboard or two won't do much to change that. As for the 20-somethings, who "get" the humor: Tweeting about this hilarious new ad is one thing, switching your Doritos out for a bag of Xtreme carrots quite another.