The billionaire libertarians plunk a cool million down in support of Prop. 23 and higher temperatures for everyone 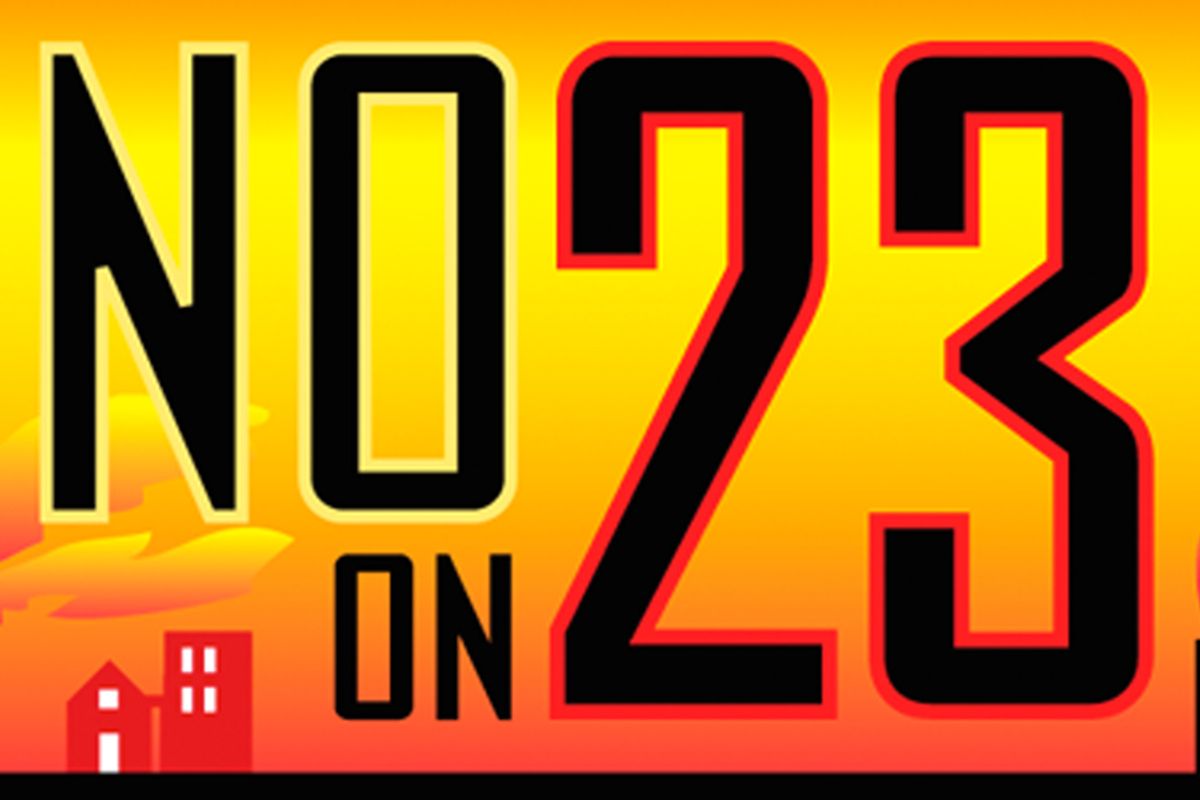 If you haven't already read Jane Mayer's devastating New Yorker profile of the billionaire Koch brothers who, among other things, have been bankrolling the Tea Party and funding climate change skepticism on a massive scale, well, what are you waiting for? I can't think of a better way to ruin a great three-day weekend!

But if you have read the piece, and might somehow still be wondering whether these guys are as bad as they sound, here's another data point, fresh from the keyboard of Todd Woody, in Grist. Through one of their many subsidiaries, Flint Hills Resources, a Kansas petrochemical company, the Kochs just donated $1 million to Proposition 23, the California ballot initiative designed to sabotage the state's global warming law, AB 32.

The Koch donation came a day after Tesoro, a Texas oil company that has been bankrolling the pro-Prop 23 campaign, put $1 million into the campaign coffers.

According to the [No on 23] campaign, 97 percent of the $8.2 million raised by the Yes forces has been given by oil-related interests and 89 percent of that money has come from out of state. Three companies, Koch Industries, Tesoro, and Valero -- another Texas-based oil company -- have provided 80 percent of those funds.

It's hard to be any clearer than those numbers suggest. If you think out-of-state oil companies have California's best interests at heart, go ahead, vote for Proposition 23. Because it is their baby, all the way.

Meanwhile, California Republican senatorial candidate Carly Fiorina has apparently realized that her refusal to take a stand on Proposition 23 during Wednesday's debate with Sen. Barbara Boxer managed to achieve the double whammy of infuriating her own supporters while simultaneously providing her opponents with a handy opening for attack. Boxer's best line in the debate was "If you can't take a stand on Prop. 23, I don't know what you will take a stand on."

On Friday afternoon, perhaps hoping no one would notice before the long weekend, Fiorina tried to clear up the confusion with a marvelous example of political weaseling.

"Proposition 23 is a band-aid fix and an imperfect solution to addressing our nation's climate and energy challenges. The real solution to these challenges lies not with a single state taking action on its own, but rather with global action," Fiorina said in her statement. "That's why we need a comprehensive, national energy solution that funds energy R&D and takes advantage of every source of domestic energy we have -- including nuclear, wind and solar -- in an environmentally responsible way. That said, AB 32 is undoubtedly a job killer, and it should be suspended."

Just one problem, there. Global action is stillborn and Republican intransigence has killed even the mildest energy bill on a national level. But California, all by itself, is one of the world's biggest economies. If California takes action, it can make a difference. By kicking the can up to the federal or global level, Fiorina is effectively saying that we should do nothing at all.