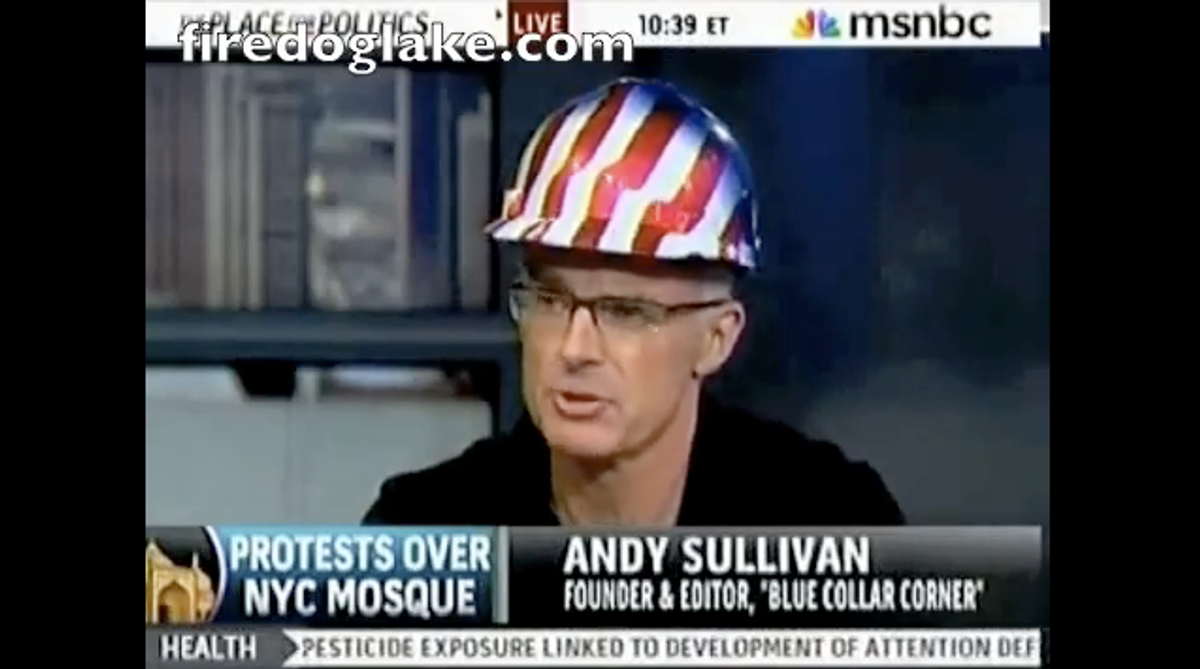 We're finally seeing one of the opponents of the so-called "ground zero mosque" speak out against the "9/11 Christian Center" that an extremist evangelical pastor is launching this weekend.

This week Salon reached out to many prominent foes of the Park51 community center project to ask if they thought it was appropriate for pastor Bill Keller, who has assailed Muslims and Mormons and many others in vicious terms, to run his new church so close to what some consider the hallowed area around ground zero. The response had, until now, been silence.

But the Daily News today has a story quoting mosque opponent Andy Sullivan speaking out against Keller. The twist is that Sullivan seems to object to the 9/11 Christian Center on primarily tactical grounds. Here's the passage:

Andy Sullivan, a leader in the movement to move Park51, said Keller's 9/11 Christian Center is "just what we do not need" near Ground Zero.

"This guy is going to justify all the people who call us bigots and racists for opposing the mosque," he said.

Sullivan, by the way, is a New York construction worker behind the "Hard Hat Pledge," which seeks to convince other workers to promise not to work on the construction of Park51.

Still no word on Keller's project from the Anti-Defamation League, Gov. David Paterson, New York gubernatorial candidates Rick Lazio and Carl Paladino, Mitt Romney, Dan Senor and Washington Post columnist Charles Krauthammer -- all of whom we have asked about the 9/11 Christian Center.

Here is Sullivan on Fox the other day: