Haunted by the morning after

At a high school party in 2001, I drunkenly went off with a guy. I'm still coming to grips with what happened next 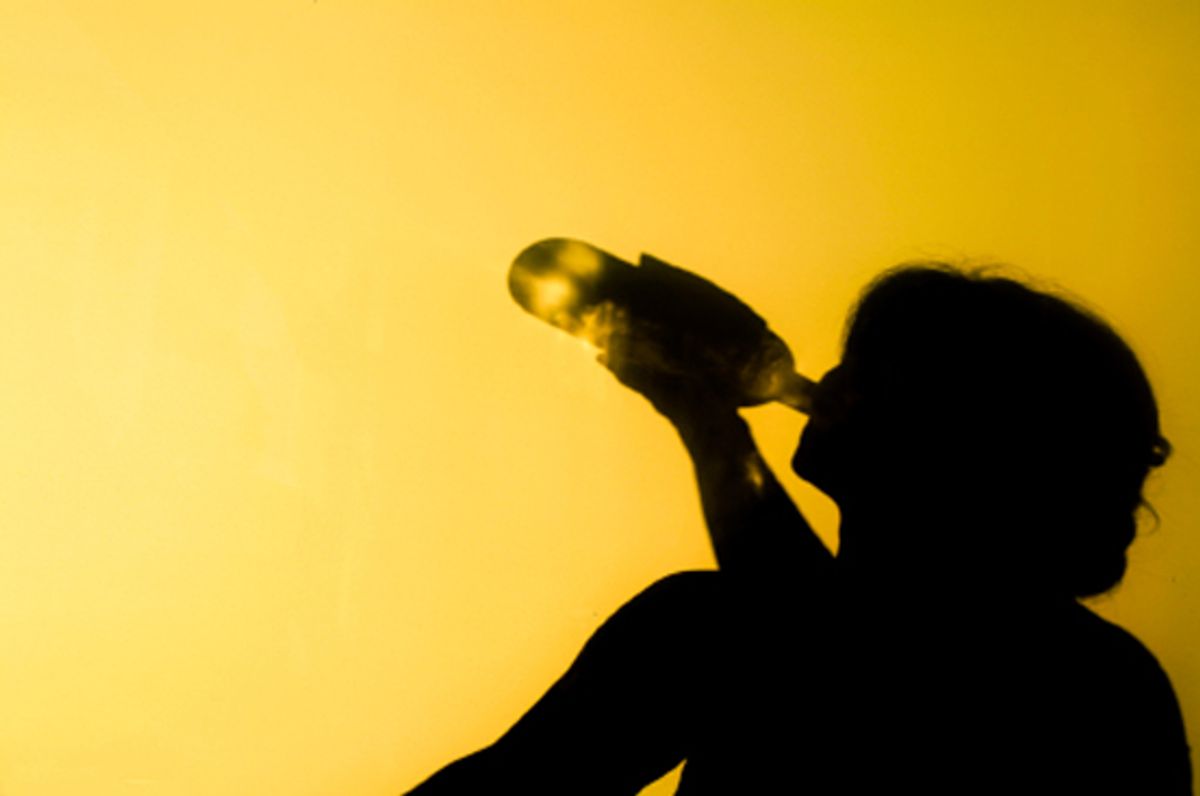 We were all a little relieved when I decided that I'd been raped. Binge drinking and suicidal thoughts had plagued my freshman year of college. "I knew there had to be a reason," my mom said when I confessed my secret to her outside of my psychiatrist's office. Depression was not something my Irish-Catholic family believed in. I had become dramatic. I stopped shaving my legs because I didn't want to be alone with a razor, as if anyone has ever offed themselves with a pink Bic. An attack at least provided an explanation for my behavior. And yet, rape was a powerful, loaded word -- one I wasn't sure was mine to use. How could I say I was raped when I was so wasted I couldn't remember entire portions of the night?

It happened the night before Thanksgiving in my senior year at an all-girls Catholic high school. I was getting ready for a night out at my friend Brigid's house when I decided that the pizza I had just eaten needed to come back up. I was selectively bulimic in those days. I didn't vomit after every meal, only when the spirit moved me. So I ended up drinking on an empty stomach. The keg was at an abandoned field in Philadelphia. It was freezing cold outside, making the warmth of a good buzz that much more appealing. I pounded beer after beer; I lost count, but 10 red Solo cups wouldn't be an exaggeration. Since my first illicit sip of Coors Light at a sleepover my first year of high school, I had been a staunch proponent of alcoholic beverages. I preferred the happier, less uptight version of myself, especially in the company of teenage boys.

That fall, I desperately wanted a boyfriend and had taken to sneaking issues of Cosmopolitan magazine into my socially conservative house, poring over such articles as "10 ways to Blow Your Guy's Mind." At lunch when my carnally knowledgeable classmates divulged the details of their escapades I would nod along, but I had only a minor grasp on the mechanics of the act. My mom and I didn't have "the talk." The nuns never broached the subject. Once when my classmate Lisa shared the details of oral sex with her boyfriend, I blurted out, "You put that in your mouth? I thought you just blew on it, and the rest kind of took care of itself." Lisa countered with an arrogant laugh and a look that said, "If you cut down on the Tastykakes, you too could get on the fellatio train."

I had a crush on a boy on the football team at a nearby all-boys high school. I'll call him Tony. That night at the keg I saw him standing by himself, and I stumbled over to him and asked: "Tony, when are we going to make out?" He took my hand and led me into the woods, then pushed me down onto my back. We kissed briefly. I mumbled, "I want you to make me come," my drunken attempt at talking dirty. He immediately pulled my pants and underwear down so that my backside was bare on the dirt ground. He stopped to ask me why my pants were wet. "Oh, I spilled a beer on myself," I said. The truth was I made a failed effort at relieving myself in the woods earlier.

When he started to unbutton his fly, I panicked. "We're not having sex," I told him.

He hovered over me. "Why not?" he asked.

I said something about the fact that we'd never hooked up before. I doubt I copped to being a virgin. Then things got hazy. Keeping my eyes open required so much effort that I dropped my head on the filthy ground. I remember seeing him over me, asking if I still wanted him to make me come. I nodded my head "yes." It is a sign of both my naiveté and my drunkenness that I assumed he meant manually, the only way I had experienced orgasm.

I passed out, and when I woke I saw tree branches spinning over me. The lower half of my body was naked. Embarrassed, I yanked my wet clothes on. Tony still lay beside me, naked. "I heard you were trouble," I said. Indeed, there was a rumor that he had gone nuts at his all-boys Catholic school a few months prior, throwing a chair against the wall in the middle of class.

I heard the girls I drove to the party with calling my name. I got up and ran away.

I have no memory of the car ride back to Brigid's. In her bedroom, I babbled incoherently and fell asleep. The next morning, I woke up with a horrible hangover and saw a legal pad on which I had repeatedly scrawled, "Tony is a gentleman."

Thanksgiving morning, back at my parents' house, I was sore and bleeding a bit. I felt a stab of panic as I wondered: Did I have sex? But there was so little blood, and I couldn't even fathom I'd be unable to recall losing my virginity. Girls like me didn't do things like that.

I went to college less than a mile away from that field. Whenever I drove through the nearby intersection, I felt queasy. That year, I started seeing a therapist named Sue. She was a middle-aged woman who wore jewelry from Chico's and refused to blow-dry her hair. Eventually I opened up to her about that night and the evidence that pointed in one direction: the unbearable fact that I'd sex with Tony. I was devastated. What sort of mess loses her virginity in the woods during a drunken blackout? My therapist argued that I told him I didn't want to have sex. She told me intoxication did not equate to permission. She called it rape.

At first, I clung to the innocence the term afforded me. It freed me of my responsibility. I made teary-eyed late-night confessions to girls in my dorm: "I was raped my senior year of high school." But was I really? If I hadn't been drunk nothing would have happened. What did happen was horrible, but was it a crime? Admittedly, a better man would not have taken advantage of the state I was in. But a better woman wouldn't have gotten herself into a state to begin with. My parents and I haven't really spoken about it much since I initially told them. In the midst of some heated arguments, they insisted that I should not have gotten drunk, making it easy for Tony. They said I had to own my behavior. Neither of them used aggressive terminology. My dad referred to it as "the incident."

My girlfriends told me Tony forced himself on me, but I'm not sure if that's what they really believed or if they were just trying to protect my feelings. I haven't told many men. I did tell my friend Justin in college, who pointed out I might have consented while I was blacked out. But I doubt it. Despite my eagerness to keep up with my peers' conquests, I held tight to the fantasy that my first time would be special -- a romantic night spent with someone I was crazy about. Later, when guys I was romantically involved with asked about my first time, I usually laughed it off, said "it was a bad scene" and changed the subject.

It's been nine years since that night in the field. I do not talk about it anymore, but I sometimes wonder about Tony: Does he remember what happened? Did he know he did something wrong? Does he think of me when he hears the word "date rape" the way I think of him?

I wish I could say that since then, I met a sexual messiah who loved me deeply and gave me awe-inspiring orgasms, but I can't. My interactions with men have mostly been booze-infused disasters. A few times a year, I would get trashed, hook up with guy I'd never see again, and call it a night. This pattern continued into my early 20s. I have never had sober sex or a lasting relationship. I'm 26, but when it comes to love, I'm still reading at a high school level. I develop outlandish schoolgirl crushes. I fantasize about meeting Alec Baldwin in Central Park, engaging in some witty banter, and then giving birth to a pack of belligerent Irish children. Romantically speaking, I have a long way to go.

Eight months ago, I stopped drinking. I had finally had enough of beer bloat and crippling hangovers. But I'd also had enough of ceding responsibility to some other force beyond me. Sober and awkward at parties, I often long for the relief found in a crisp glass of pinot grigio. But my occasional discomfort doesn't diminish the most hopeful step I have taken in years. I may never know if I lost control that night or had it taken away from me. But I do know that I am the one, not Tony, who has power to shape my future.