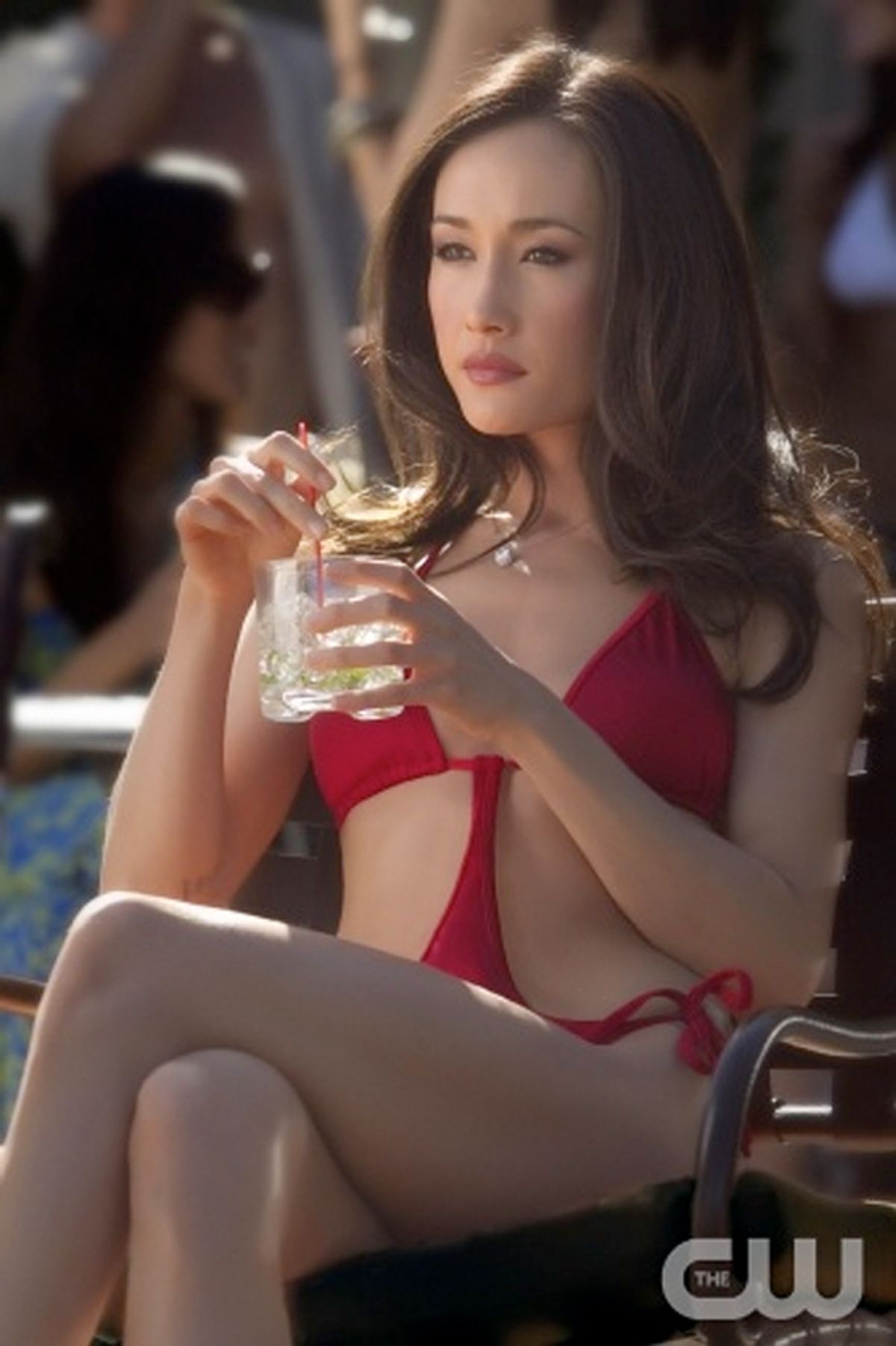 It's tough not to greet certain bits of news with preemptive disappointment. When I learned that the CW would be remaking Luc Besson's "La Femme Nikita" for the small screen, I filed it right next to reports that Lady Gaga would rather "die young and a legend" than grow old and that David Hasselhoff will be appearing on "Dancing With the Stars" this fall. Hoping for a CW version of Nikita that doesn't feature lip-glossed teenagers in matchstick jeans karate-chopping each other ineffectually feels roughly as masochistic as daring to dream that Lady Gaga might one day keep her many, many thoughts about herself to herself, or that David Hasselhoff might finally disappear into the void, never to be seen or heard from again.

Although Gaga and Hasselhoff are both likely to haunt us until they're old and gray, CW's "Nikita" remake (premieres 9 p.m. Thursday, Sept. 9) isn't nearly as awful as you'd imagine. In fact, it's remarkably good.

"How can you go wrong with a sexy female assassin?" you ask. The same way you make copycat series "The Vampire Diaries" even more bland and insipid than "Twilight" and squelch the feisty spirit of brand-new cheerleading drama "Hellcats": by pumping every scene full of limp, clichéd storylines, empty teeny-bopper banter, and blandly attractive catalog models who can't act their way out of an Abercrombie & Fitch bag.

Thankfully, though, the creators of "Nikita" skipped the googly-eyed, pouty-lipped blonde with the can-do attitude and went with Maggie Q, an actress with somber eyes that evoke exactly the kind of self-possessed, mature energy you don't expect to find on this channel. Like Anne Parillaud, who played Nikita in Besson's original film, Maggie Q's expression always carries an almost palpable weight of regret, whether she's threatening to kill her abusive foster father or calmly informing her former higher-ups at Division, the shadowy government agency that trained her to be an assassin,"It ends now." And yes, Maggie looks pretty good in a red crocheted bathing suit, lounging by a pool until it's finally time to break a thug's neck with her bare hands.

You might suppose the plot of a story that's been produced at least three times before – in Besson's original 1990 film, in Hollywood's 1993 remake "Point of No Return" starring Bridget Fonda, and in the 1997 TV series on USA, "La Femme Nikita" – would fail to hold any spark or new surprises. Somehow, though, even as we familiarize ourselves with another badass iteration of Nikita and view the same old mysterious agency through the eyes of a tough-edged new recruit, Alex (Lyndsy Fonseca), there's plenty to keep our interest here, between dynamic action scenes, unpredictable confrontations and a reasonable sprinkling of unexpected twists along the way. Even the dialogue between Alex and her fellow assassins-in-training, which comes the closest to matching the spongy teen repartee of other CW shows, generally feels sharper here. "You're here to kill for the man, honey," says mean girl Jaden (Tiffany Hines). "They're gonna teach you to kill with a gun. They're gonna teach you to kill with your nails. They're gonna tell you who to kill, and when to kill 'em. And if you don't deliver, they're gonna kill you."

But the young assassins aren't the only ones with smooth lines to deliver. "Sometimes vulnerability can be our greatest weapon," Division hen mother Amanda (Melinda Clarke) tells Alex. Most familiar as Marissa's mom Julie Cooper on "The OC," Clarke is as warmly menacing as ever in this role, and Shane West is appropriately ambivalent as Division recruitment specialist Michael.

Yes, this is still a TV action remake aimed at a broad audience, and "Nikita" doesn't cleanly dodge all of the sins of its genre. When kidnapped techie Birkhoff (Aaron Stanford) hisses at the now-rogue Nikita, "Bitch, just skip to the part where you kill me!" or the macho handlers at Division growl about her, "She had a good run. Won't be another one like her!" it's clear that all of the skin-deep blockbuster prattle of the Cineplex has finally trickled down to the small screen.

And how does "Nikita" manage to not only encompass but surpass the charms of two films and a popular TV series before it? Aren't the ultimate limits of this story obvious by now? Even as a rogue agent, Nikita keeps running, The Man keeps chasing, and the baby assassins keep practicing their roundhouse kicks. After a few weeks of this, we might actually be longing for some perky, good-natured cheerleaders or vampires to spice things up.

Since the pilot episode of "Nikita" is smart, efficient and polished to a high gloss, maybe the writers can craft some new spins on the same old high-stakes standoffs and agency capers we've come to expect. But they'll have to offer more than Nikita slinking through back alleys and foiling Division's plans, usually while wearing red lingerie in her enormous secret hideout/loft. "You do this, you're going to have to kill your way through a whole lot of people you know, starting with me, Nikki," Birkhoff tells her, and he's right. Can we really watch bodies pile up in Nikita's wake, week after week?

On the other hand, that might be pretty fun, too. Or as Jaden puts it, "I'm just jealous you get to smoke someone. I mean, what are we here for, right?"