Galaxy S line of phones is a big step ahead, but carriers still have too much influence over design 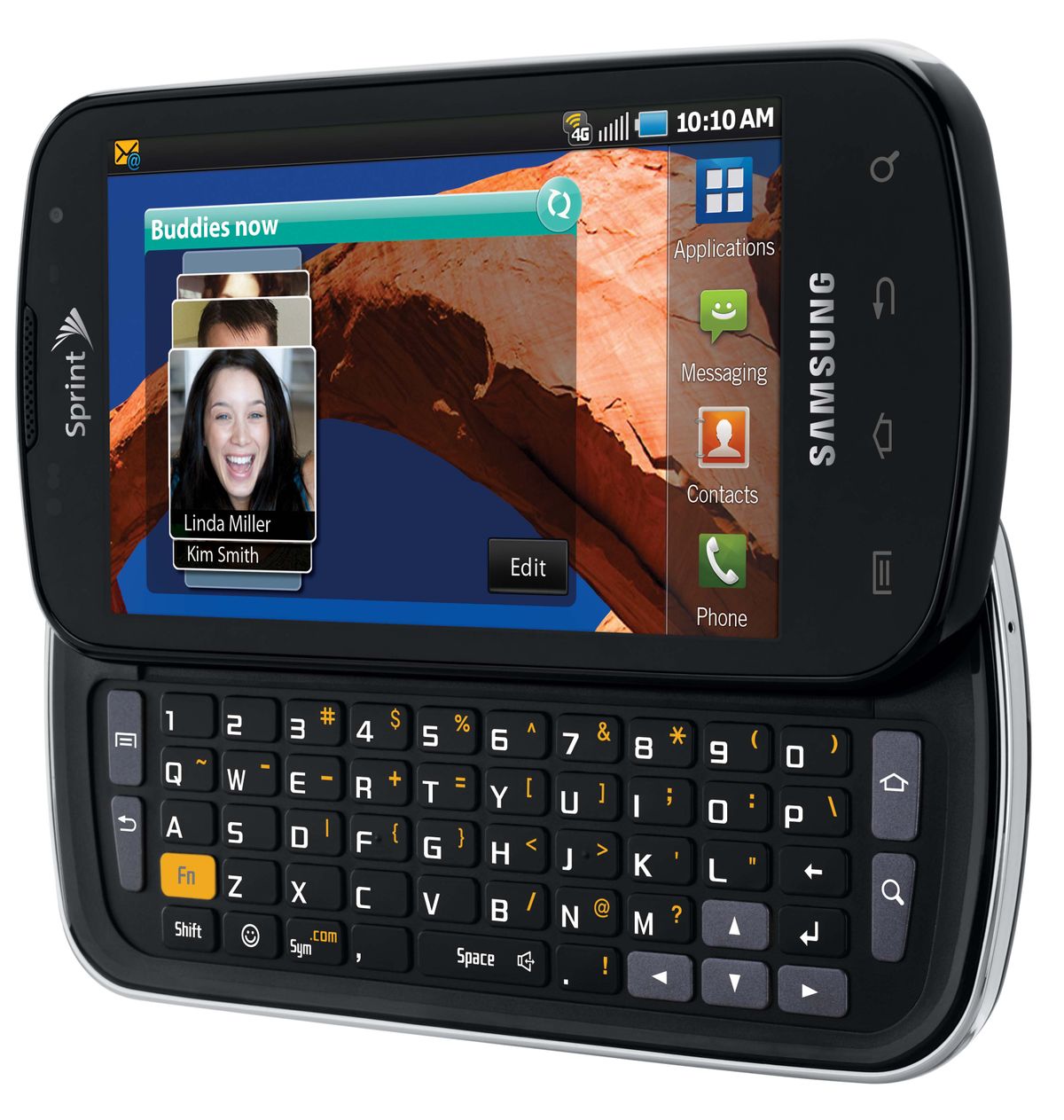 Much of the buzz in smartphone circles in the last year or two -- at least the part that hasn't gone to Apple and the iPhone -- has focused on HTC, the Taiwanese manufacturer that makes some of the slickest mobile hardware around. It was HTC, for example, that Google chose to make its Nexus One, the model I have been carrying around since early this year.

The Nexus One runs the Android operating system, Google's increasingly plausible challenger to the iPhone's dominance in "mind-share" -- the platform people talk about because of the innovation that it represents -- if not actual market share. (RIM's Blackberry line is still the leader by the numbers, though dropping in both mind- and market share, while Motorola and Nokia aren't currently making huge waves in the smartphone arena apart from Motorola's Droid models.)

But a new competitor has broken out of the pack. It's Samsung, the Korean mega-giant technology company, and its line of Galaxy S phones -- also running Android -- is a serious challenger. In the few weeks it's been on the market, the line has sold over a million units, according to trade press reports.

The Galaxy S series runs on all four of the big U.S. networks: Verizon, Sprint, AT&T and T-Mobile. The phones differ in mostly small ways, including the names, depending on which carrier is selling it. After using the Epic 4G model that runs on Sprint's network (Samsung loaned it to me), I'm quite impressed. In fact, if I were buying a new phone today, it would probably be one of these.

The characteristics common to the full line of Galaxy S phones include (among many other things) a stunning 4-inch "Super AMOLED" (active matrix organic light emitting diode) screen with a resolution of 480x800, which strikes me as a nearly ideal size for a mobile device, at least one you intend to carry in your pocket; a fast central processor that makes applications launch fast and run smoothly; GPS for mapping and location services; camera optics that are good enough for most uses; and Android 2.1, not the most recent version of the system, though Samsung and the carriers promise updates soon.

The screen's vibrant colors and just-right dimensions are a serious competitive advantage, at least for the moment. I found the 4.3-inch screen on another Sprint phone, the EVO, a tiny bit too big for everyday use, though that phone has a number of other advantages including a built-in kickstand, the lack of which on other phones remains a puzzlement. Screen size is entirely a matter of taste, however, and Apple's "retina display" on the new iPhone 4 is yet another step forward in resolution, though it's currently stuck in the 3.5-inch size that Apple decrees for all iPhones.

Sprint's Galaxy S Epic 4G is, indeed, pretty epic -- and it has some features the other carrier's Galaxy phones can't match. The most obvious is the built-in, slide-out keyboard. For keyboard junkies who can't imagine a smartphone without one, this is a big deal. The oddities in the layout (what's the Function key doing above Caps?) aside, it's responsive and generally easy to use.

Except that I never used it, because even though I loathe on-screen keyboards I can -- on the Galaxy phone, my Nexus One and a growing number of other models -- use Swype. This brilliant software add-on lets me create words using the on-screen keyboard by dragging my finger from letter to letter; the software is smart enough to almost always guess what word I'm creating, and offers a pop-up menu with suggestions when it's not sure. I'll tell you more about Swype in another posting, but suffice it to say that it's utterly transformed my idea of what's possible on a phone without a physical keyboard.

The Epic has cameras facing in both directions (including one that looks at the user). We're still early in this genre, so it's not essential even though it's a nice feature and matches the new iPhones and a few other phones in that category. The main camera records HD, and while I wasn't all that impressed with the quality of the video, having this feature at all is potentially valuable for some folks. Keep in mind that even if you can record HD, the screen's limitations mean you can't play it back in the same resolution on the phone itself.

I wasn't overly thrilled with Samsung's "TouchWiz" interface, the latest manufacturer and carrier noodling with Android. I know they all feel obliged to give users a custom experience, and while there are some useful elements to this, notably the easy social-network updating, I tend to be old-school in thinking users are able to make more of their own decisions.

I have no idea how well the 4G works, because so far I haven't been in a city that has it. But the 3G is fairly speedy already; Web browsing was more than fast enough for my tastes, and even higher-quality YouTube videos came through without undue delay. When If I do find myself in a 4G city I'll update this post.

The Epic battery is rated for 7.5 hours of talk time and 21 days of standby. I have no idea what that means in the real world (at least mine), where I use the phone for a variety of tasks apart from talking on the phone. (The phone quality was fine, by the way.)

For my purposes, the Epic 4G shone most as a media player. The music playback, while not having quite as intuitive a user interface as an iPod, had more than good enough audio quality for my aging ears. Video playback was superb. I watched a movie on a plane ride, and the time, um, flew by. Samsung is working on an online media hub of its own, to launch later this year. And speaking of media, one of this screen's greatest benefits is in reading; Kindle and other e-reader software turns this screen into a nearly ideal way to read books.

The actual cost of a new smartphone depends on the carrier and plan. Sprint's pricing is simple, but not cheap. In fact, you effectively pay for 4G even if you can't get it. The base price is $250 plus just under $100 a month for the "unlimited" voice and data plan; there are less expensive plans with more limited voice calling.

The Galaxy S models show that Samsung is a serious player in the new smartphone world. I'll be looking forward to seeing what other Android manufacturers (and RIM and Nokia, for that matter, not to mention the upcoming revision of Microsoft's mobile Windows platform) do with their next lines. As is always the case, no matter what I buy next I'll have buyer's regret a month later -- because that's the kind of development pace we're seeing in this field.