Anti-Obama protester violently wrestled to the ground in Alaska 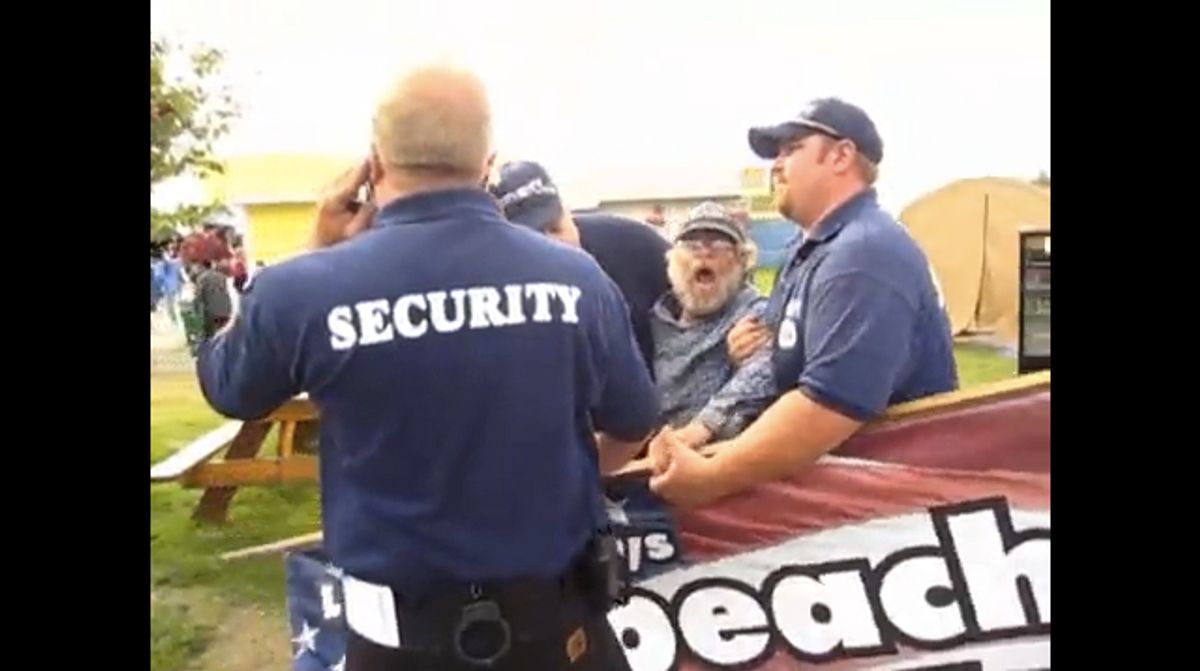 A LaRouchie anti-Obama protester was wrestled to the ground on Aug. 26 at the Alaska State Fair as he screamed about his free speech rights. The scene, captured on camera by a fair-goer, makes for one of the most compelling -- and disturbing -- videos of the year.

"You're declaring war on me!" the man, later identified as 52-year-old Sydney Hill, yelled at the burly security guards who handcuffed him and forced him to the ground. Hill's sign showed President Obama with a Hitler mustache and read, "LaRouche Says Impeach Obama Now."

The video seems to show a clear misuse of force against a protester who was peacefully, albeit loudly, calling for the president to be impeached. The state fair maintains, though, that its guards -- who are with contractor Starplex -- acted properly on the fair's private property.

Hill has been charged with assault, disorderly conduct and criminal mischief, according to the Anchorage Daily News. Fair officials also said the fact that he had a handgun was a violation of fair rules.