Long live the revolution! At the very least through breakfast, and maybe teatime too 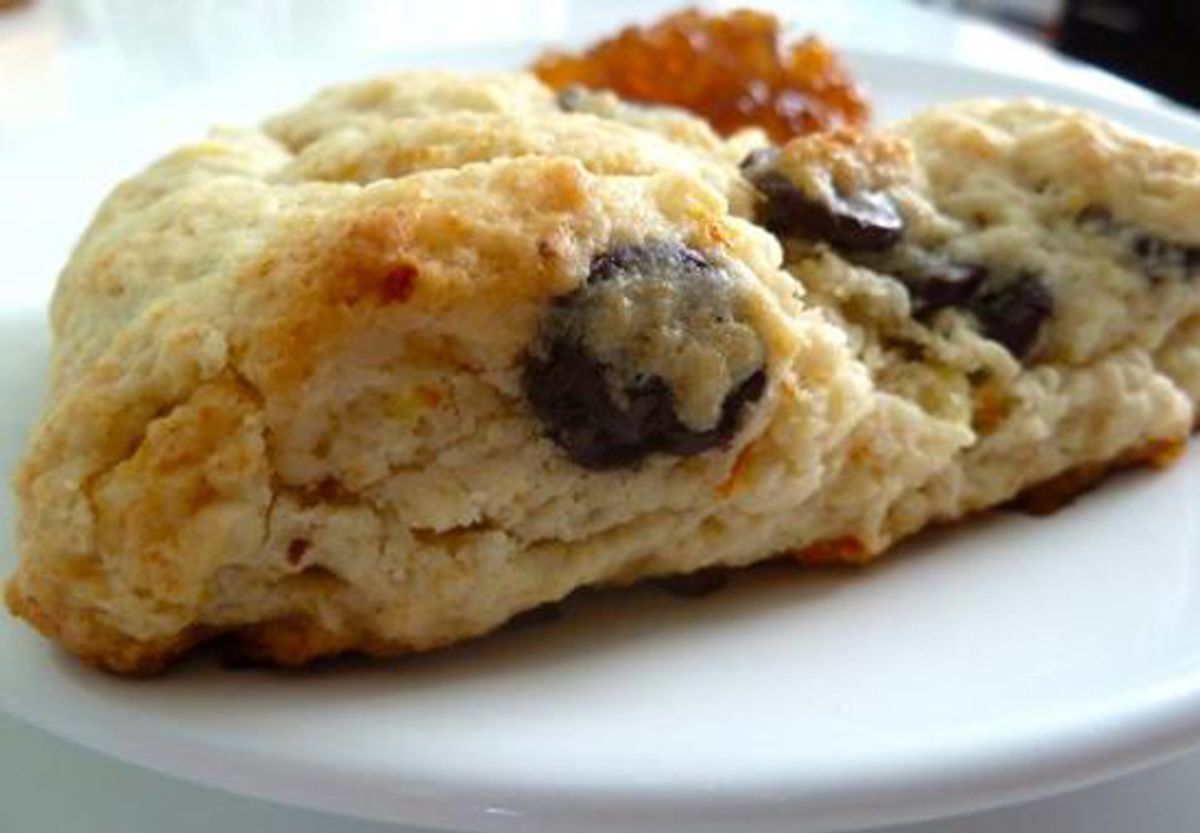 I thought the chore wheel I attached to the refrigerator door in the apartment I shared with four others during graduate school was a great idea. It was fair. It was democratic. One week someone would get bathroom duty, then kitchen duty the next, and so on. But bring up the subject with one of my former housemates, Ryan, and he still shudders, even some 15 years later. He thought the chore wheel was socialist and a terrible idea, but was afraid to tell me so. We didn't even take breaks on holiday weekends, like this upcoming Labor Day. The house wasn't going to clean itself, right?

Fast forward several years to another city, San Francisco, and I no longer have a chore wheel, but I have found, yes, a socialist bakery. You could easily miss the significance of the organizational structure of this bakery, distracted as you'd be by the wondrous array of artisan breads and other sweet and savory bakery treats. Steps away from Golden Gate Park in the ironically named Sunset neighborhood, Arizmendi is one of the city's favorite bakeries. It is well loved for its breads, scones, cookies and ever-changing menu of pizzas.

There's more to Arizmendi than flour, yeast and sugar. This San Francisco bakery is one of six bakeries that comprise the Arizmendi Association of Cooperatives, the umbrella organization for a group of worker-owned bakeries in the San Francisco Bay Area. It took its name and its business plan from Mondragon, a cooperative corporation in Spain. The Mondragon cooperative was founded in Spain's Basque country by a Catholic priest named Jose Maria Arizmendiarrieta Madariaga after the Spanish civil war. He realized he could best assist his congregation through a democratic model of economic development. Today, Mondragon is Spain's seventh-largest corporation, and one of its most profitable.

The Arizmendi bakeries share technical and financial resources as well as proprietary recipes. A portion of the bakeries' profits goes to funding new enterprises. In a 2009 article in Time magazine, Arizmendi's Melissa Hoover, who is also executive director of the U.S. Federation of Worker Cooperatives, describes the organization's future plans, which extend far outside the breadbox. Based upon their current success, which in 2009 included employing 125 workers and generating $12 million in annual sales, they hope to expand to include businesses in trucking, retail, health and even finance.

How does this cooperative model work? Unlike an employee at the average retail business, the person working the cash register at Arizmendi and the one you might glimpse in the kitchen kneading the brioche dough are not just employees, but worker-owners. What this means is that every worker has a share in the company's success. The bakery closes one day a week, but is open on most holidays, with the exception of the most significant one for socialists and communists around the world, May Day.

Arizmendi's website proudly describes how their tag-team approach works on a given day:

"A few of us arrive at 4:30am. Tanya and Mike start rolling out the cheese rolls and knotting the brioche. Sue's in the back mixing the scones, whole grain and cheese breads of the day. Steve is shaping the sourdough loaves and baguettes... A little proofing and muffin scooping later and we're baking. Finally, our gooey pecan rolls are flipped and everything's hot and ready on the shelves when we open at 7am. By this time James is there and thinking about the pizza of the day. Sue's now at the oven baking off the breads and sourdoughs. Around 9am the smells are changing from sweet to savory as fresh breads are loaded on the shelves. Lunchtime sees pizza coming out of the ovens and the second group of workers arriving..."

It sounds a lot like the division of labor on my chore wheel. But you don't have to be a socialist or even appreciate the perfect simplicity of chore wheels to enjoy the breads, scones and pizzas at Arizmendi. My favorite treats there are the chocolate-studded brioche roll called the Chocolate Thing and their various fruit-enriched scones.

Here's my recipe for chocolate scones inspired by Arizmendi's offerings, with an Iberian twist of orange to recall the Spanish roots of the man who inspired this bakery. When you're baking these scones, to be fair and equal, one person can zest the orange, another can measure and combine the dry ingredients, and another can combine the mix with cream to form into a dough for scones. These are tasty treats that are great at breakfast, tea and on breaks in your work day, once you've done your share.