Bill Keller draws a line on the Muslim-hating, says of Terry Jones' plan, "This stunt is just stupid" 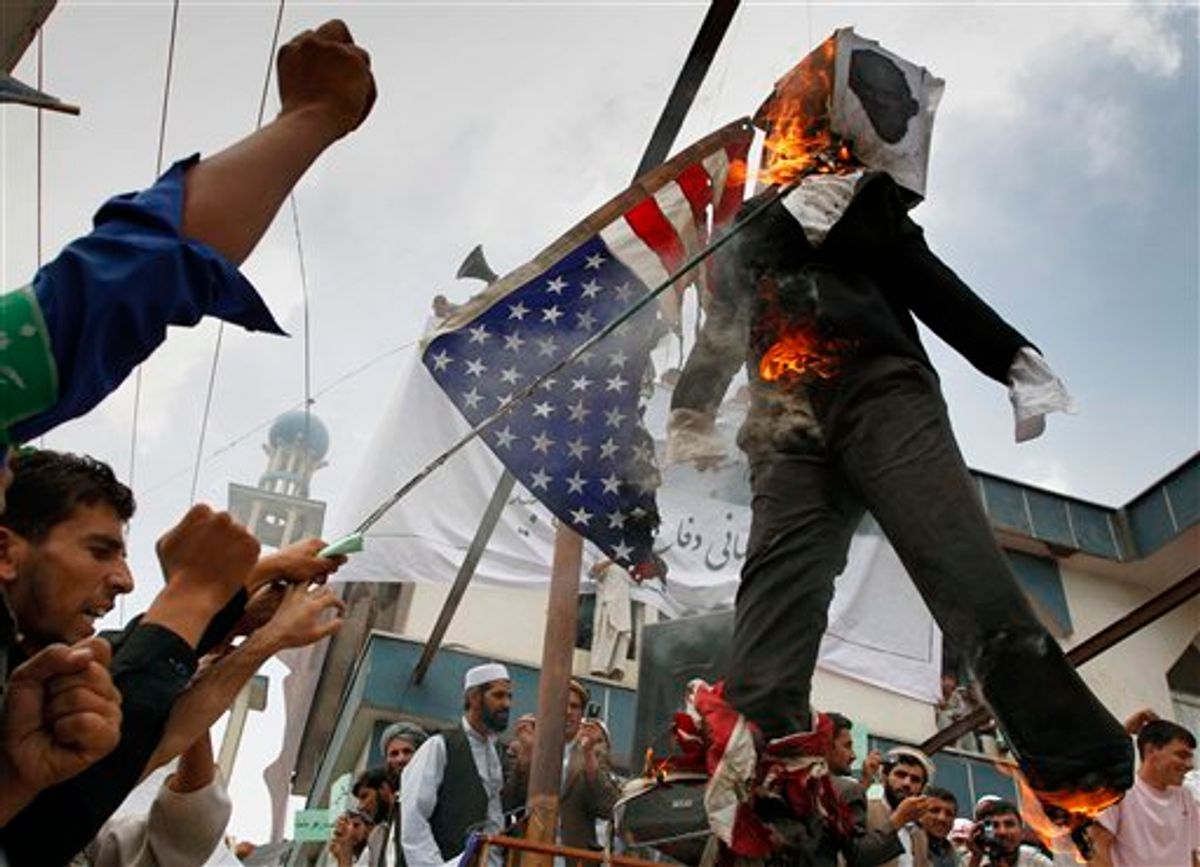 Afghans burn an effigy of Dove World Outreach Center's pastor Terry Jones during a demonstration against the United States in Kabul, Afghanistan, Monday, Sept. 6, 2010. Hundreds of Afghans railed against the U.S. and called for President Barack Obama's death at a rally in the capital Monday to denounce the American church's plans to burn the Islamic holy book on 9/11. (AP Photo/Musadeq Sadeq) (AP)
--

Extremist Pastor Bill Keller, the man behind the anti-Muslim 9/11 Christian Center at ground zero, is now joining the ranks of Gen. David Petraeus and others who are speaking out against Florida pastor Terry Jones' plan to burn copies of the Quran on Sept. 11.

Keller, who opened his 9/11 Christian Center on Sunday with a sermon denouncing Islam as a "1,400-year-old lie," told Salon today that he likely agrees with Jones on most theological matters, including on the question of Islam.

But, Keller said, "this stunt is just stupid." He added that there is "no biblical support for such a thing" and "it does nothing to advance the Gospel in any way."

Keller, who, like Jones, is based in Florida, says he does not know Jones.

Petraeus has argued that Jones' plan to burn Qurans may put American troops in danger. There has already been a protest in Kabul about the plan.

It is also worth keeping in mind in all this that Jones' Dove World Outreach Center has a membership of just 50 people.