The semi-disgraced former HP CEO, forced out at one Silicon Valley company, joins another -- and lawsuits ensue 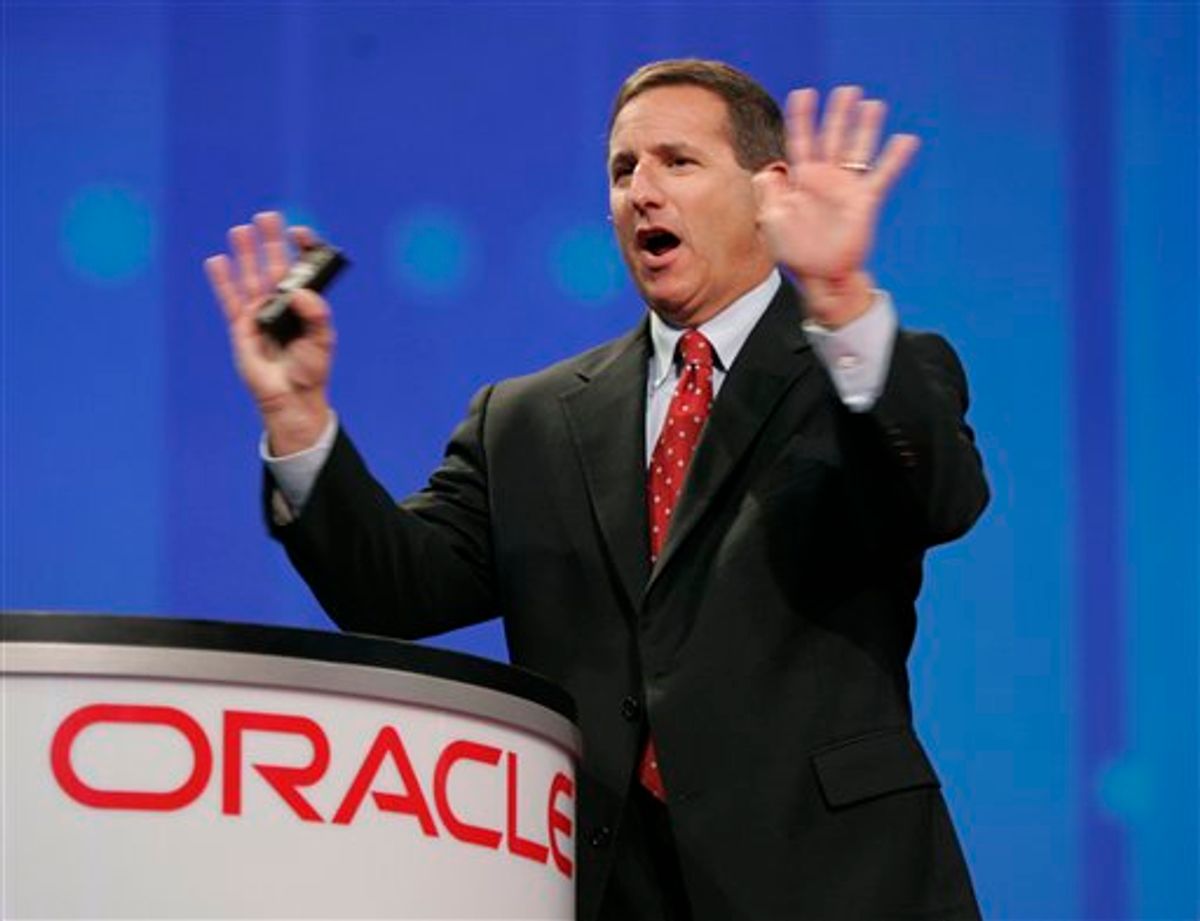 Some of the most interesting reading about professional sports these days is about the contests that take place off the field, in courtrooms where athletes, francise owners and regulatory bodies prove again and again that the most serious competition in big-time sports is in the legal arena. We may have to start applying that standard to technology, if the post-Labor Day news is any indication.

Consider this sequence: Last month, Hewlett Packard showed its CEO, Mark Hurd, the door after uncovering (according to the company) some ethically squirrely behavior. A couple of days later, Oracle CEO Larry Ellison called HP's board a bunch of idiots, calling the firing "the worst personnel decision since the idiots on the Apple board fired Steve Jobs many years ago." Yesterday, Oracle announced it had hired Hurd as co-president. Today, after Oracle's stock price jumped, HP sued Hurd in an attempt to block the move.

This could get ugly. Oh, wait, it already is.

Oracle's move to bring in Hurd wasn't surprising in light of Ellison's effusive praise for his former counterpart at HP. Then again, Ellison has never exactly been a paragon of virtue himself; for example, I remember him defending his company's hiring of a detective to dumpster-dive Microsoft's third-party allies during the antitrust battles the software giant fought in the 1990s, when Oracle was a deep and abiding enemy.

The instant analyses of HP's lawsuit today are already running fast and furious. The Wall Street Journal has unpacked the legal document in plain English, which makes me wonder just what HP believes it's going to win here.

The bottom line is that HP apppears to believe that Hurd basically had no right, after being paid gazillions to leave and signing an employment agreement with at least some safeguards, to then walk into a competing firm down the street.

Oracle is much more of a competitor today than it was a year ago. Since then, among other moves, Oracle bought Sun Microsystems, which makes some of the same kinds of big hardware (servers and storage, in particular) that HP sells.

The whole thing adds a layer of bafflement to the already bizarre circumstances of Hurd's departure from HP, which seem to have involved some kind of relationship with a woman who wasn't his wife as well as some expense-account mischief. The company has been remarkably opaque about what happened, so it's possible that Ellison was entirely correct to slam the board's action. It's also entirely possible that there's serious dirt under these rocks. Maybe we'll know someday.

It's worth noting, in all this, that investors only care about ethics if they see some effect on share prices. So it speaks volumes that Oracle's stock price jumped on Tuesday.