Upgrading the nation's infrastructure is a good idea. But it's too little, too late, and has no chance of passing 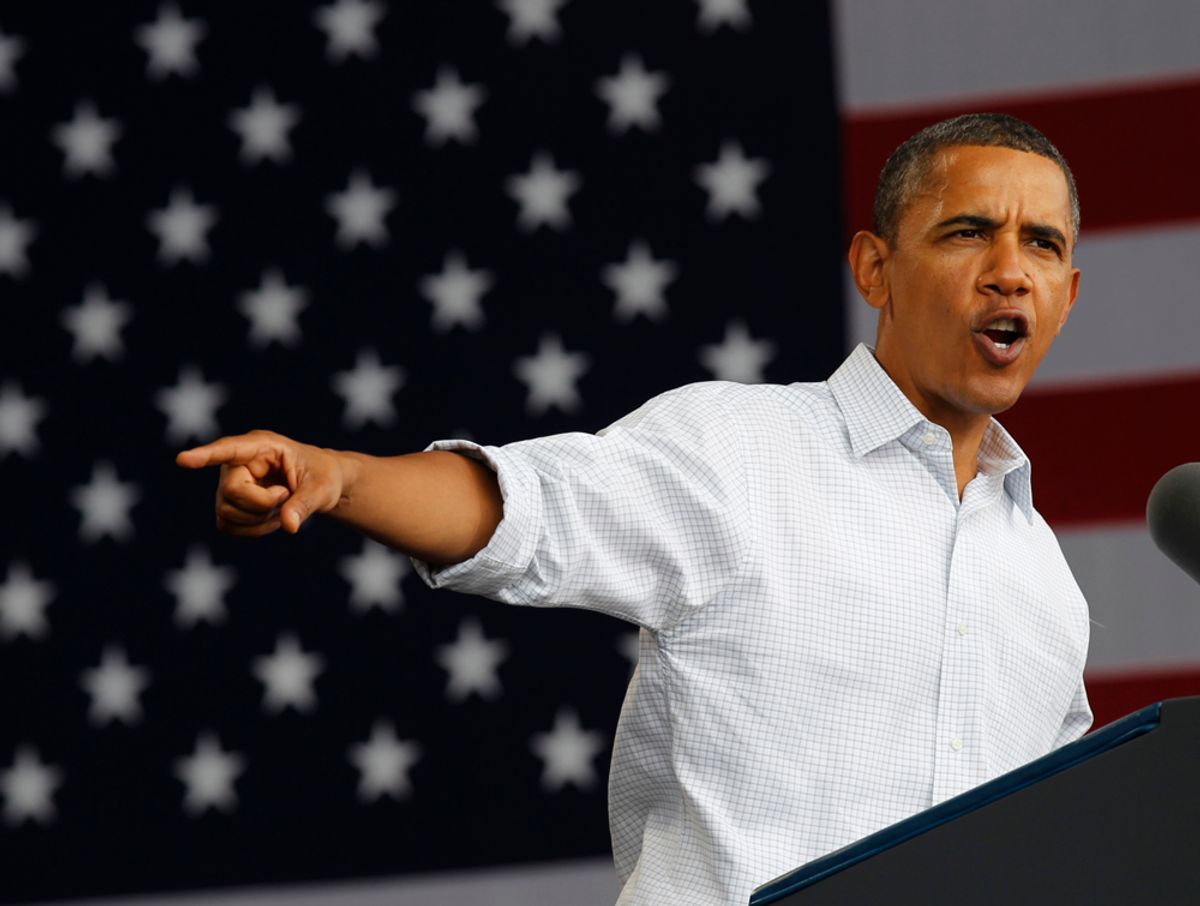 In a rational universe, President Obama's new proposal to front-load $50 billion worth of government spending on infrastructure as part of a much larger, six-year, $350 billion plan to upgrade the nation's transportation network would be utterly noncontroversial. When unemployment is high, economic growth is barely noticeable, and the bond market is saying loud and clear that it is not in the slightest bit alarmed by federal deficits; pumping cash into high-speed rail, highway construction, and air traffic control system upgrades is exactly the kind of thing government should be doing.

Certainly you can point out that the numbers involved are likely too small to make an immediate, significant dent on unemployment, but that doesn't mean we shouldn't do anything. In fact, now is exactly the time to be aggressive. Borrowing costs are ridiculously low, and the private sector is manifestly unwilling to spend money on anything. When money is cheap, invest in the future (just don't call it "stimulus" -- that's so 2008).  Obama's related proposal, for the creation of an infrastructure "bank" that would pool private-sector cash and direct it toward big projects, is also interesting and worth exploring; it's an idea that in the past has received bipartisan support.

But we don't live in a rational universe, and there is zero chance that any of Obama's proposals will make it through Congress before the midterm elections, or, most likely, even afterward. It's not just that Republicans have no reason to abandon their winning political strategy of complete opposition to anything the president suggests. There's also simply no time left for meaningful action. Lawmakers will return to Washington next Monday for a mere three weeks before heading back to their districts to run for reelection. Conceivably, Nancy Pelosi might be able to get the House to pass some legislation, but the chances that Harry Reid could patch together 60 votes for anything significant in the next three weeks are nonexistent. And unless something quite dramatic happens in the next two months, Republicans will make political gains in November further cementing their ability to block any future White House initiatives.

And everyone knows this. Obama's proposals, as rolled out in one of the feistiest speeches he has given since he was elected, can therefore only be judged in terms of their effectiveness as political positioning, and not in terms of what effect they might have on the economy should they actually become law. This is maddening, but those are the cards we have been dealt.

In terms of pure politics, Obama was more lively and pointed than he's been since the campaign trail. On Wednesday he plans to deliver a more detailed outline of his proposals in a speech in Cleveland, followed by a full press conference on Friday. I expect we'll be hearing multiple variations of the following:

But there are some folks in Washington who see things differently. You know what I'm talking about. When it comes to just about everything we've done to strengthen our middle class, to rebuild our economy, almost every Republican in Congress says no.  Even on things we usually agree on, they say no. If I said the sky was blue, they say no....

Look, the bottom line is this: These guys, they just don't want to give up on that economic philosophy that they have been peddling for most of the last decade. You know that philosophy -- you cut taxes for millionaires and billionaires; you cut all the rules and regulations for special interests; and then you just cut working folks loose -- you cut them loose to fend for themselves.

This is all true. It's been eye-opening to watch Republican politicians reiterate exactly the same arguments about taxes and government regulations today that they were making before the financial crisis -- and to gain in political popularity as they do so! But it also feels a little bit too late for Obama to be launching his counter-attack. Perhaps the White House strategy was that the American public wasn't really paying attention to the ebb and flow of economic policy debate over the long summer, but at this point, a blitzkrieg that is built out of pure rhetoric doesn't stand much of a chance of altering the dynamic generated by 9.6 percent unemployment. Minds are already made up. The economy sucks. Congress won't do anything to fix it. The opposition party is perfectly happy with this scenario. Therefore, nothing is going to change.