The Eliot Spitzer-Kathleen Parker project has a name, and a cringe-inducing promo video 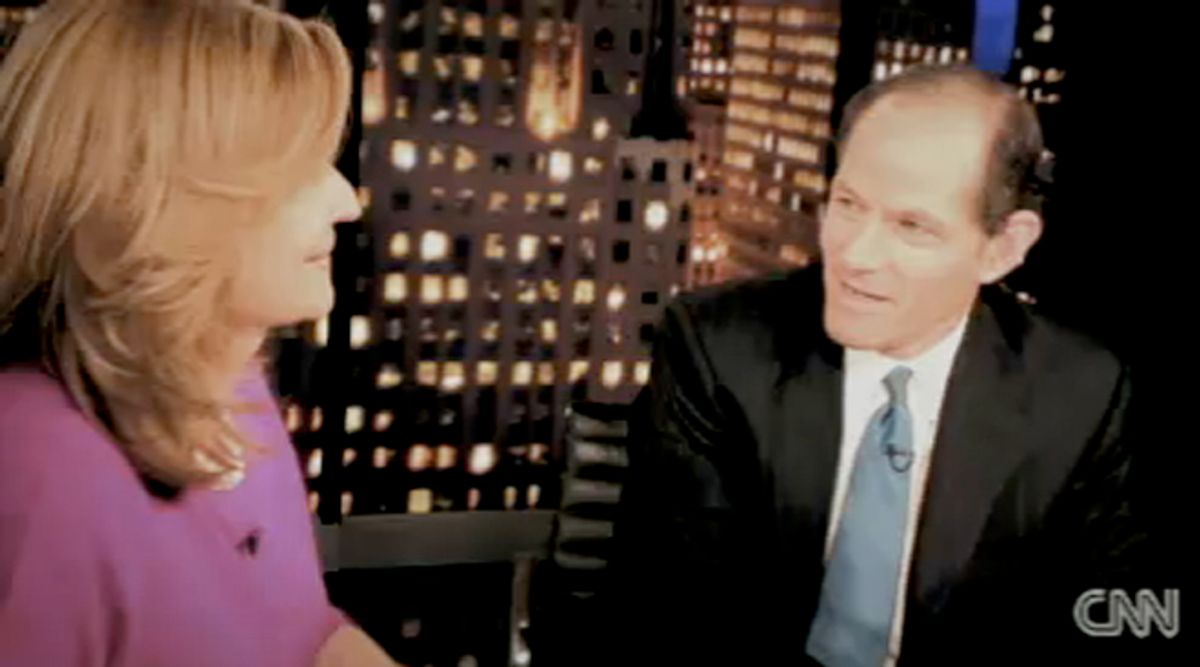 Everyone laughed when CNN announced that disgraced former New York Gov. Eliot Spitzer and Pulitzer-winning mediocre opinion columnist Kathleen Parker would host a show together. But now this thing is actually happening, for real. (Poor Rick Sanchez is peeved. But he is the dumbest man in the world, so he will probably forget he even had an 8 p.m. hour on CNN in a week or two.)

And CNN has this promo video, in which our cohosts, sitting uncomfortably close to one another, pretend to try to come up with a name for their television show. They settle on "PARKER SPITZER," which would be a good name for a sitcom that took place at a wacky law firm. Or a bad name for a hotel.

Based on this promo, the show should probably be called "Nighttime Joe."