Is the financial industry feeling burned by Democrats, or just looking to back a winner? 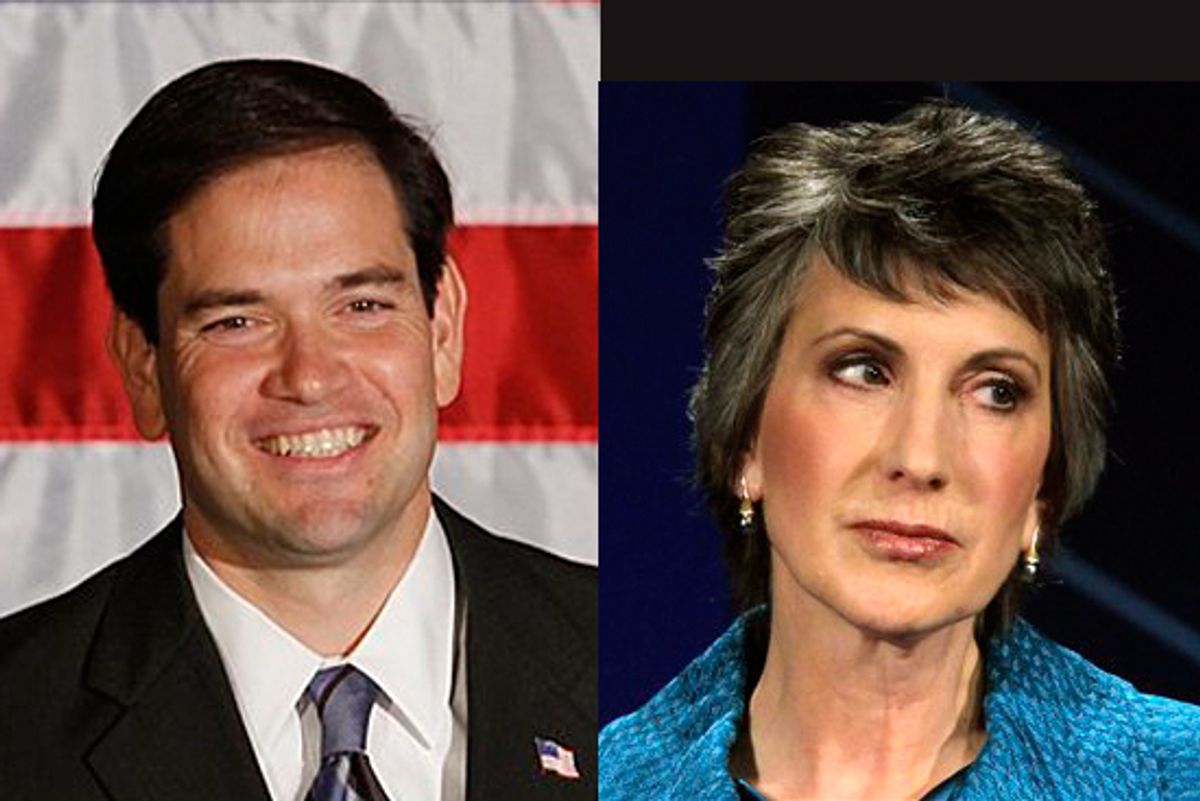 In an unscripted moment during his Labor Day speech, President Obama declared that "powerful interests who had been dominating the agenda in Washington for a very long time" were not happy with him.

"They talk about me like a dog," he said. (According to the transcript provided by the White House, "applause" followed that remark, which I suppose we should take to mean that the audience was pleased that powerful interests were being mean to the president, but still seems a little odd.)

The nastiness is not confined to the much-remarked outbursts of overblown rhetoric from Wall Streeters. According to a new analysis of campaign finance contributions conducted by the Center for Responsive Politics, in 2010 the financial industry  sharply increased the flow of funds headed to Republicans, and decreased it to Democrats.

During this year's second quarter, the finance, insurance and real estate sector pumped $28.54 million in federal-level contributions into the political system, with $16.29 million going to Republican candidates and interests, while about $12.1 million went to Democrats.

Compare that to the first quarter of 2009, when the sector sent $15.32 million the way of Democrats, compared to $10.1 million to Republicans.

This is true, up to a point. The change in funding priorities tracks back in time to February 2010, or shortly after Republican Scott Brown won his upset Senate campaign victory in Massachusetts. If you can remember that far back, the immediate White House response to Brown's victory was to significantly sharpen its anti-Wall Street rhetoric, and introduce new bank reform proposals such as the Volcker Rule, which aimed to clamp down on speculative trading behavior by big Wall Street investment banks.

So there's at least circumstantial evidence that Wall Street felt burned by the Democrats and sought revenge by funding Republicans.

But there's also a much simpler explanation. Wall Street likes a winner! If the political pendulum is swinging the GOP's way, Wall Street's going to go with the flow. That, after all, is why Democrats were raking in so much cash to begin with. And rather than get burned by politicians who took the money and then passed bank reform, one can also argue that the financial industry got exactly what it paid for -- a bill whose sharp edges were substantially sanded down after the hard work of an army of lobbyists.

The list of newcomers among the top 10 recipients of financial industry money further underscores this point: The Center for Responsive Politics report shows that in June, four of the top 10 included Senate candidates Carly Fiorina of California, Marco Rubio of Florida, Rob Portman of Ohio and Pat Toomey of Pennsylvania. This makes complete sense, if you're thinking about bang for buck efficiency. Any Republican gains in the Senate will make Wall Street's life a lot easier. Victories by Barbara Boxer in California or Joe Sestak in Pennsylvania will likely have the opposite effect.

The numbers don't lie, but they don't mean, necessarily, that Wall Street feels "betrayed." They're just trying to spend their dollars wisely, from their own skewed perspective.