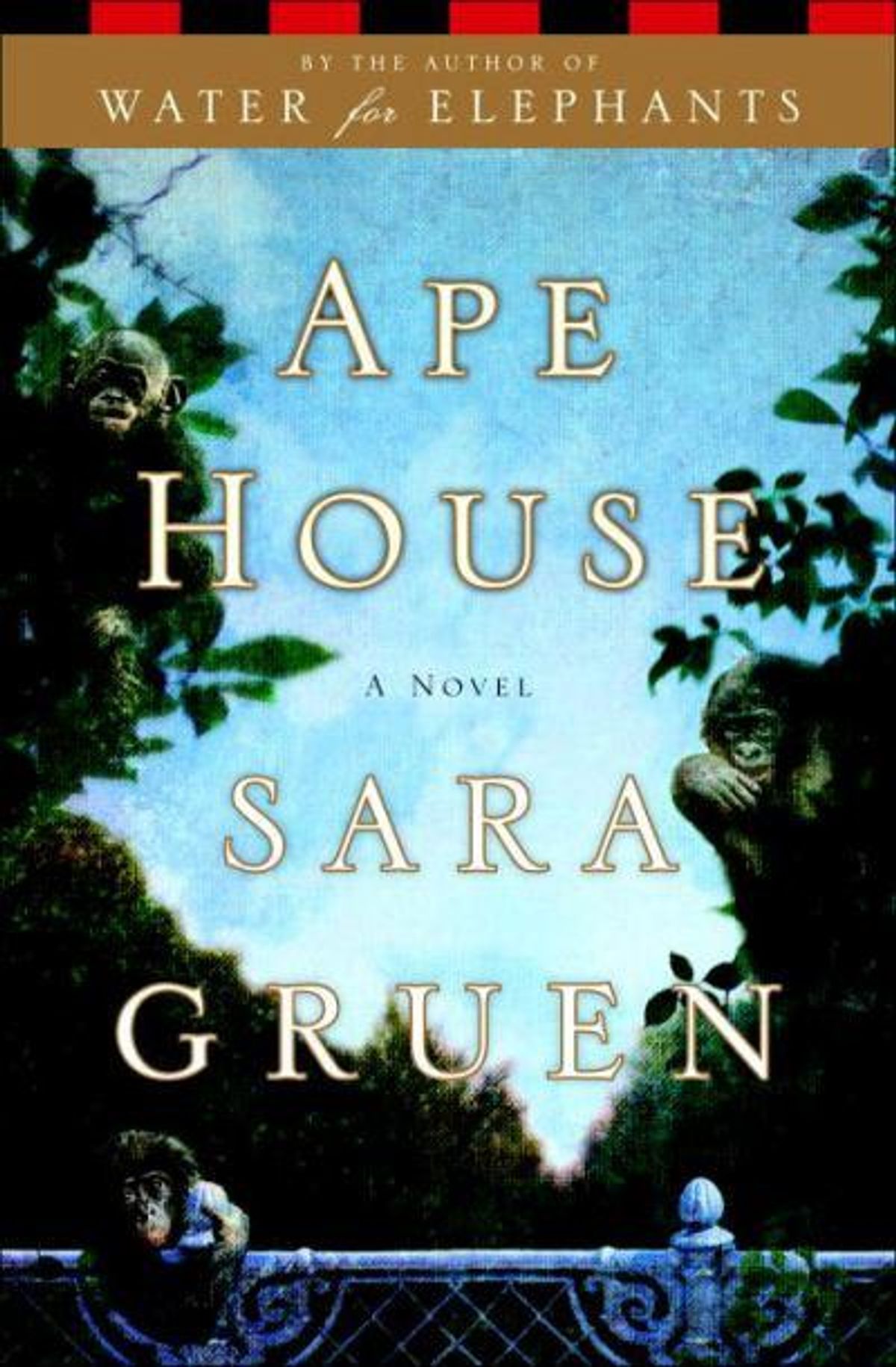 Quick. What do you know about bonobos?

a. Along with humans and dolphins, they are the only animals known to have recreational sex.

b. They are a matriarchal, egalitarian, peaceful culture.

c. They share 98.7 percent of their DNA with humans.

d. They look like chimpanzees but slimmer, with flatter features and black faces.

e. All of the above.

No matter if you got the right answer. (It's e.) After reading Sara Gruen's captivating fourth novel, "Ape House," you'll not only know about bonobos in general, you'll also know half a dozen of these great apes as characters with personalities as distinct as fingerprints. Gruen's gift for reaching across the species divide is as evident in "Ape House" as it was in her mega-selling "Water for Elephants," which featured Rosie, the Depression-era circus elephant. Not since Jack London explored the boundaries between the domesticated dog and the wolf in "The Call of the Wild" has a writer dramatized the bonds between humans and our fellow creatures with such empathy.

Gruen credits the Great Ape Trust in Des Moines, Iowa, with grounding her in solid research (including actual human-bonobo dialogue) for her latest, which begins with an extended family of six bonobos living in the university-sponsored Great Ape Language Lab. They communicate with humans via American Sign Language and lexigrams.

In poignant early scenes, Gruen demonstrates the loving relationships between Isabel, a key scientist at the lab, and the six bonobos in her care for eight years. "We are, all of us, collaborators. We are, in fact, family," Isabel explains to John, a down-on-his-luck reporter sent to cover the apes. With John we meet Bonzi, the matriarch of the group, "calm, assured, thoughtful and inordinately fond of M&Ms," and the others. Sam, the oldest male, is charismatic; Jeloni, an adolescent male, is a showoff; his biggest fan is Makena, who is pregnant. Lola, the baby, likes to tease. Mbongo is the smallest, most sensitive male.

The plot revs into high gear when the bonobos sense danger. "Visitor, Smoke," Sam signs urgently just before an explosion sends a fireball through the hallway. Isabel is badly injured, and the bonobos "liberated" into the treetops. An extremist animal-rights group claims responsibility. While recuperating, Isabel learns the university has sold the bonobos to a pornography producer and they are set to star in a reality TV show. She finds the opening clip appalling: "Six apes! One computer, and unlimited credit ... Find out about our 'kissin' cousins' on Ape House." With Celia, her edgy magenta-haired intern, she heads to the set, determined to rescue them. John follows, hoping to find the story of his career.

As Isabel pursues her mission, Gruen underlines the power of the Internet, the tawdry tendencies of contemporary media ("Stir up hype," the producer demands. "Then send in the beer and cap guns"), and the increasingly cruel disconnects between humans and animals.

Isabel's mission keeps "Ape House" churning along. Gruen devotes equal time to plotlines involving John and his ambivalent wife, Amanda, Isabel's colleagues, and a string of lesser players. But most of them pale by comparison to the bonobos. Lively, witty, warmhearted and sharp, these six prove to be scene-stealers of the first order.