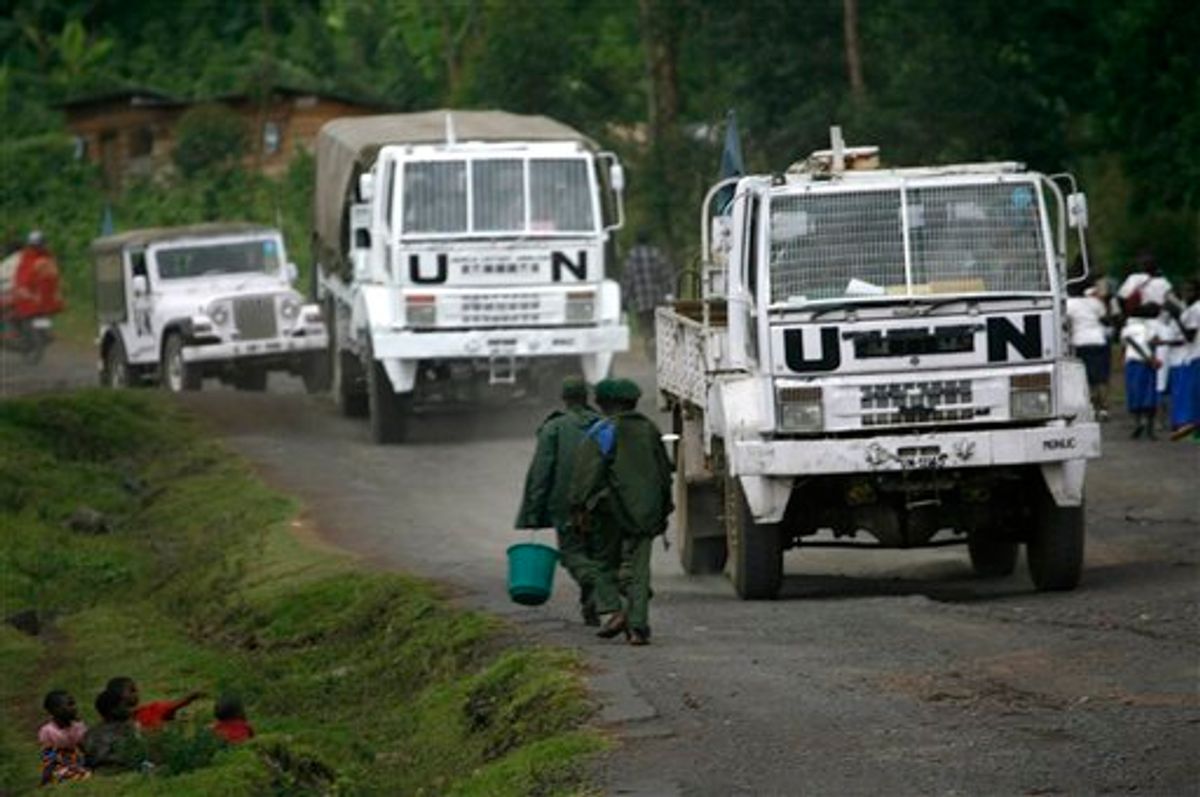 On Thursday, the U.N. reported that a weekend attack in July left 242 victims, but late Tuesday it identified 267 additional victims of attacks by rebel groups -- namely the Mai-Mai and the Democratic Forces for the Liberation of Rwanda -- in the east of the country. As I wrote last month, rape is the weapon of choice in Congo: Before the Security Council, Margot Wallstrom, U.N. envoy, observed "a broader pattern of widespread and systematic rape and pillage," according to the Associated Press, and lamented that "incidents of rape have become so commonplace that they do not trigger our most urgent interventions."

Speaking of the lack of urgent interventions, the U.N. has been under fire for the delayed response of local peacekeepers to the weekend gang rape, and yesterday Atul Khare, deputy head of U.N. peacekeeping, owned up to these failings: "While the primary responsibility for protection of civilians lies with the state, its national army and police force, clearly we have also failed," he told the Security Council. "Our actions were not adequate, resulting in unacceptable brutalization of the population of the villages in the area."

Just to put these new numbers in perspective, consider that the U.N. peacekeeping mission in Congo costs over $1 billion a year, and roughly 15,000 rapes are recorded there each year.