A GOP operative got street people Green Party nominations. The party is going to court to get rid of them 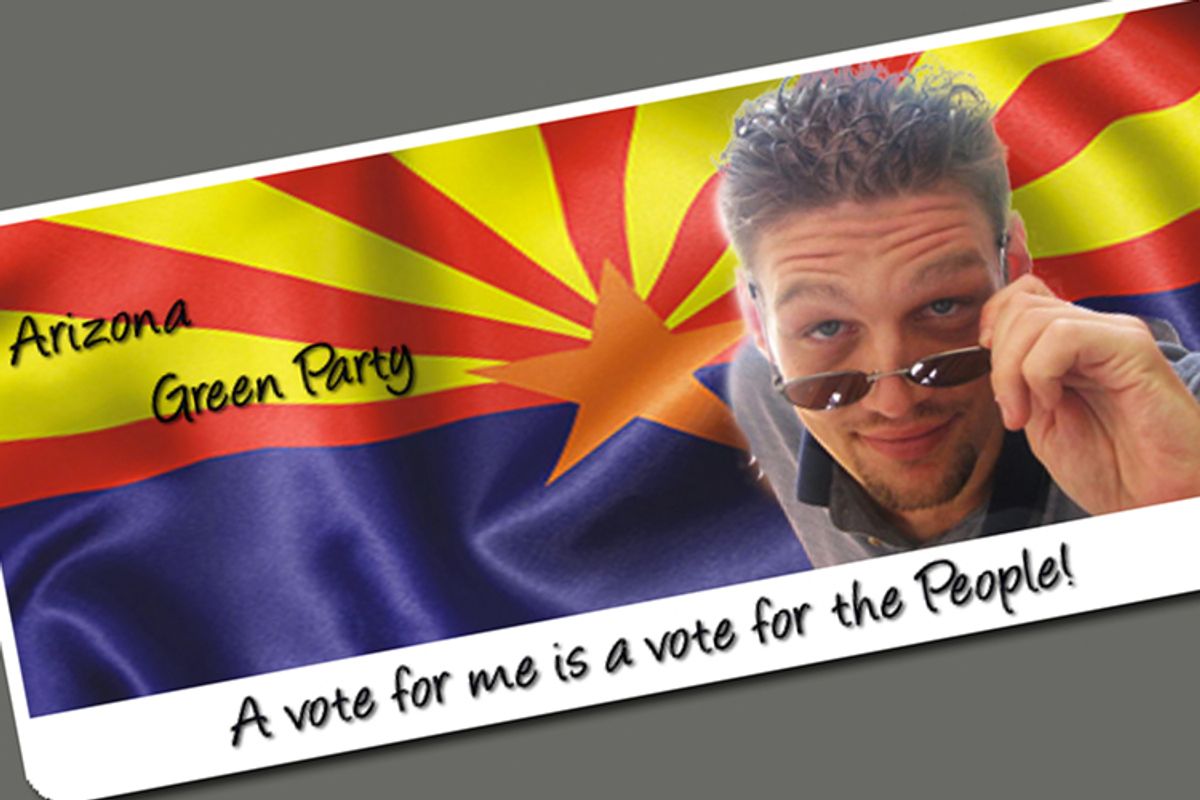 Did you hear about the slimy Republican operative in Arizona who got a bunch of street people on the Green Party ballot for statewide elections? Yeah, it's a cynical manipulation of the system and possibly exploitative of the people he recruited.

So the Green Party is now suing to get their own "candidates" kicked off the ballot. Which is idiotic.

Unless the judge intervenes, Arizona voters will be able to vote for a tarot card reader to be state treasurer or a street performer to regulate utilities.

Oh, what a disaster that would be! Voters given the option of voting for a street performer? What would the founders say!

Look, it sucks that because of our voting system, a vote for a Green candidate is "effectively" a vote for a Republican. But lots of very smart people have been working for many years on clever solutions to this very problem, and none of the answers they have come up with involve using the courts to deny a tarot card reader his right to run for state treasurer because you don't like the way he got on the ballot.

Regardless of the way these guys got there, they're now just as legitimate as any other Green Party candidates. If the Green Party doesn't want to be a spoiler vote that hurts Democrats, they need to either fight for instant runoff voting or cease to exist as a political party.