Don't laugh! Here are the secrets to a state-fair-winning crust with essentially no saturated fat 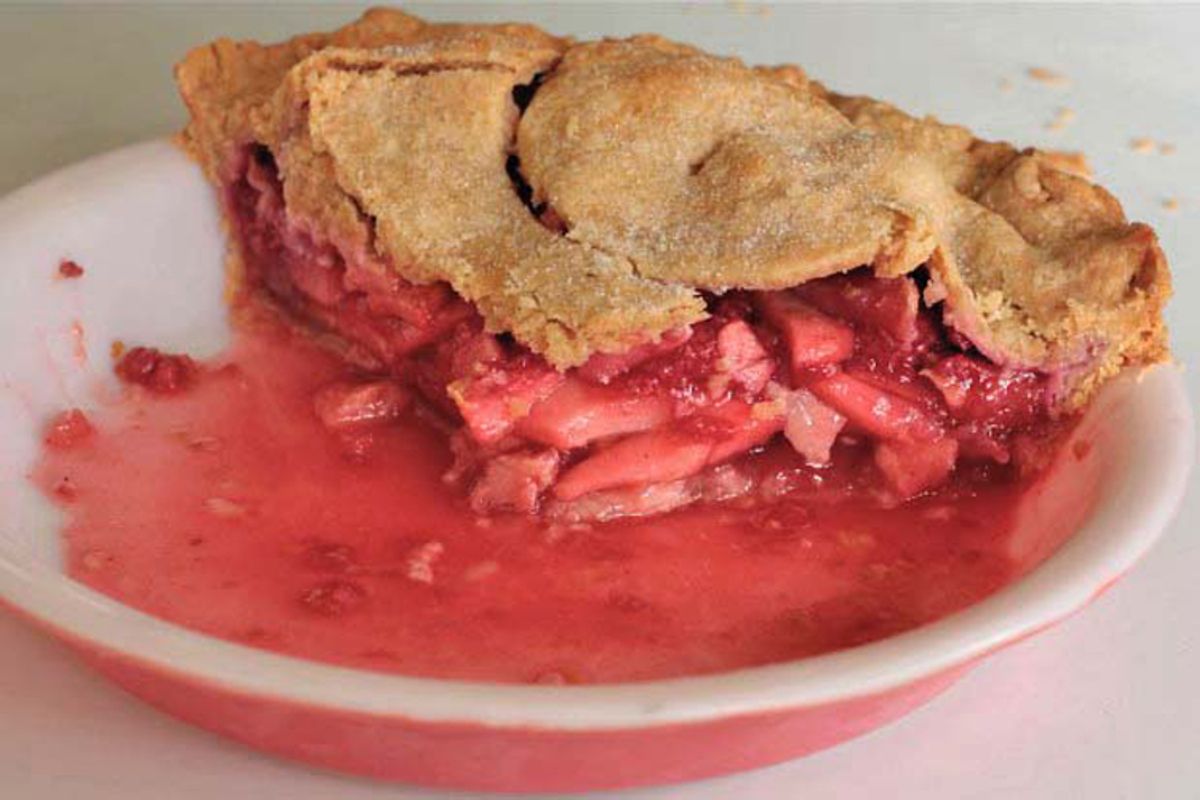 After heart problems forced me to stop eating saturated and trans fats, I thought I would never make or eat pie again (and believe me, I cried myself to sleep over that one). Then I saw a crust recipe in Saveur made with white flour, vegetable oil and whole milk. The old Cathy would have scoffed at this idea, but I had to give it a try – especially considering that a pie with this crust won the Iowa State Fair pie contest!

I gave the recipe a bit of a health makeover by using half whole wheat pastry flour, plus organic canola oil and fat-free milk. The result was shockingly good, and I was a Pie Queen once again. Not a good thing for my waistline, but great for my happiness level.

Don’t be skeptical, you butter lovers. This crust is so tender and flavorful, people will shake their heads in disbelief when you tell them it’s made with oil. My mother-in-law proclaimed it as good as her grandmother’s lard crust, and that’s about the highest compliment I could receive. A few people who commented on the Saveur site had problems with the crust, but I think it’s nearly foolproof if you follow my instructions and these three rules of thumb:

1. Measure everything accurately. A tablespoon means right to the top of the measuring spoon!

2. Measure the flour by spooning it gently into your measuring cup rather than scooping, then level off with a knife.