A tale of two Tea Partiers

Everyone's been asking if the next big Tea Party upset will be in Delaware, but New Hampshire's the state to watch 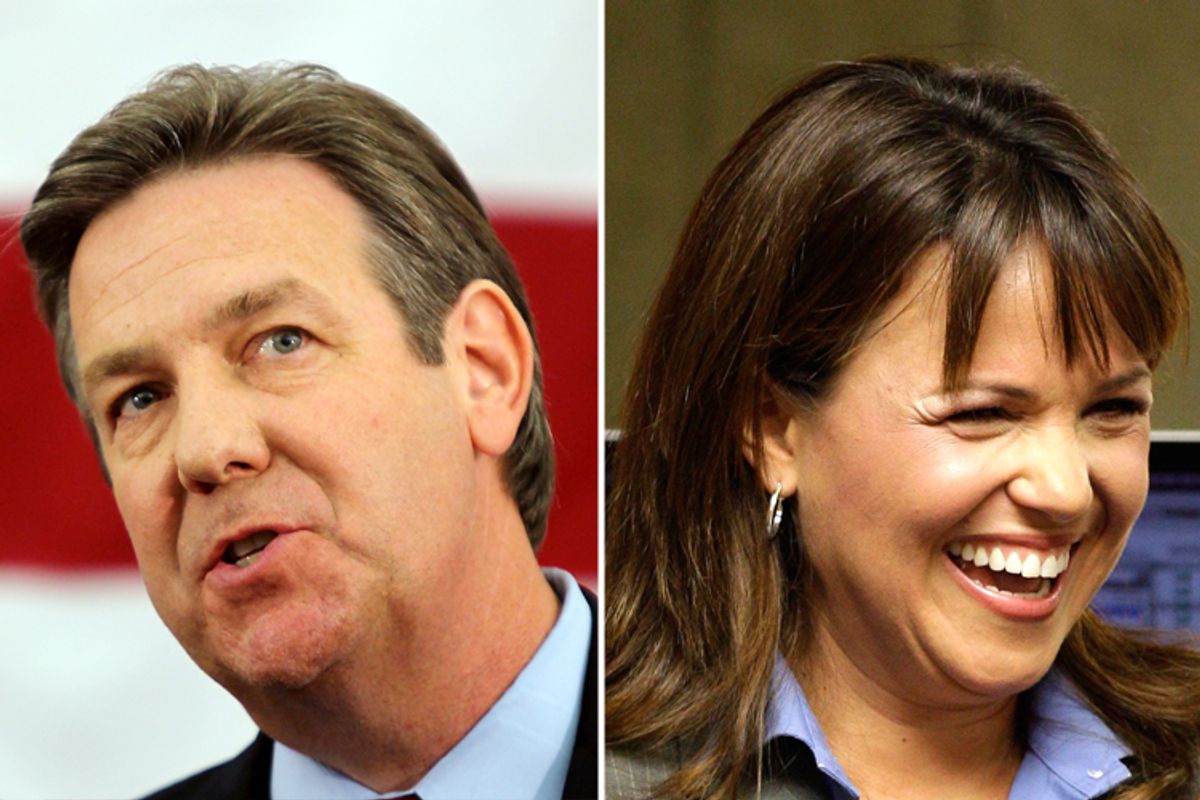 It's understandable why, in the wake of Lisa Murkowski's stunning Republican Senate primary defeat in Alaska, the political media's attention immediately turned to Delaware.

On paper, Rep. Michael Castle, the state's long-serving at-large congressman who had long been considered a shoo-in for the Sept. 14 GOP Senate primary, shared many of Murkowski's markings: an incumbent office-holder with a name that's familiar to almost all state voters, a moderate record on social issues and impeccable GOP establishment credentials. In other words, the kind of Republican politician Tea Partiers love to hate. Like Murkowski, he was saddled with a no-name, far-right primary opponent who had been ignored by the press and pollsters. And yet, if Joe Miller was still able to knock off Murkowski, why wouldn't Christine O'Donnell be able to do the same to Castle, especially with the Tea Party Express, which spent $600,000 to boost Miller, making a late play on her behalf?

But it's starting to feel like O'Donnell, a right-wing activist with two futile Senate bids already under her belt, will not catch fire the way Miller did. The main problem: Too much attention, too soon. O'Donnell seems to have been unprepared for the media's sudden interest in her. In the last two weeks, she has consented to what turned out to be a brutal radio interview and claimed her enemies follow her home at night and hide in the bushes, garnering in both instances the kind of negative press attention that might even give conservative Republicans pause about voting for her. Now, Castle's campaign is launching a rough anti-O'Donnell spot highlighting her failure to pay personal and campaign bills over the years.

Polling is still hard to come by in the Castle-O'Donnell race, but it's starting to feel like a repeat of the recent John McCain-J.D. Hayworth Senate primary in Arizona. There, McCain entered the race potentially vulnerable; Hayworth had plenty of ammunition to incite a Tea Party uprising against the incumbent. But Hayworth himself had considerable baggage, which received extensive attention from the media and the McCain campaign. In effect, Hayworth was reduced to a caricature and the uprising never took hold. McCain won the primary easily. Something similar may be happening in Delaware, where O'Donnell's best bet was always to fly under the radar and to hope that just enough GOP primary voters would check off her name simply because she's running against Castle. But now that she's been discovered by the press, she's become an issue.

Contrast these developments to what may be taking place in New Hampshire, the other state with a potentially close GOP Senate primary next Tuesday.

The state and national Republican establishments united early behind Kelly Ayotte, New Hampshire's appointed (by a Democrat) attorney general. Ayotte has enjoyed wide leads in primary polling all year, but a survey released last Friday showed her advantage cut to just 13 points, with Ovide Lamontagne, a fixture in the state's conservative activist network, suddenly moving to second place, with 21 percent, after languishing in single digits for months. Lamontagne's apparent surge comes in the wake of his endorsement by the influential (on the right) Union Leader and as the race's other major candidate, businessman Bill Binnie, is bleeding support.

Lamontagne, unlike O'Donnell, should hold up well under the spotlight, at least for now. He's waged serious campaigns for Congress (in 1992, losing a Republican primary) and governor (in 1996, winning the GOP nomination but losing in the fall), chaired the state Board of Education, and been active in several charitable organizations. He doesn't talk about his political enemies hiding in his bushes. As the liberal Keene (N.H.) Sentinel, which endorsed Lamontagne's primary bid on Sunday, put it:

[P]eople who are attracted to the 2010 GOP mantra should be encouraged by the fact that Lamontagne is something the other leading candidates in the Republican primary are not: a longtime activist with a decades-long history of participation in New Hampshire political life, much of it constructive. He is a pleasant, committed politician who ... embraces the party line and believes it could lead to a brighter future.

It's not impossible to envision a Lamontagne win next Tuesday. With Ayotte and Binnie sniping at each other (and Binnie pouring even more money into his self-funded campaign this week), Lamontagne may start to look more appealing to the electorate. And Ayotte, who has positioned herself as a pro-lifer, is suddenly taking heat for the revelation that she approved a $300,000 taxpayer-funded settlement with Planned Parenthood last year. Plus, the Union Leader is hardly done pleading his case; when the paper endorses a candidate, it tends to follow up several times before Election Day.

Lamontagne, as I've written previously, has been in this spot before. In his '96 gubernatorial bid, he rode a last-minute Union Leader-aided conservative tide to upset the heavily favored Rep. Bill Zeliff in the September primary. But his conservatism made him an easy mark in the fall, with Democrat Jeanne Shaheen branding him out of the mainstream and cruising to an easy victory.

If Lamontagne does prevail in the primary, history could repeat itself. While polls have shown Ayotte ahead of Democrat Paul Hodes all year, Lamontagne runs behind in trial heats.