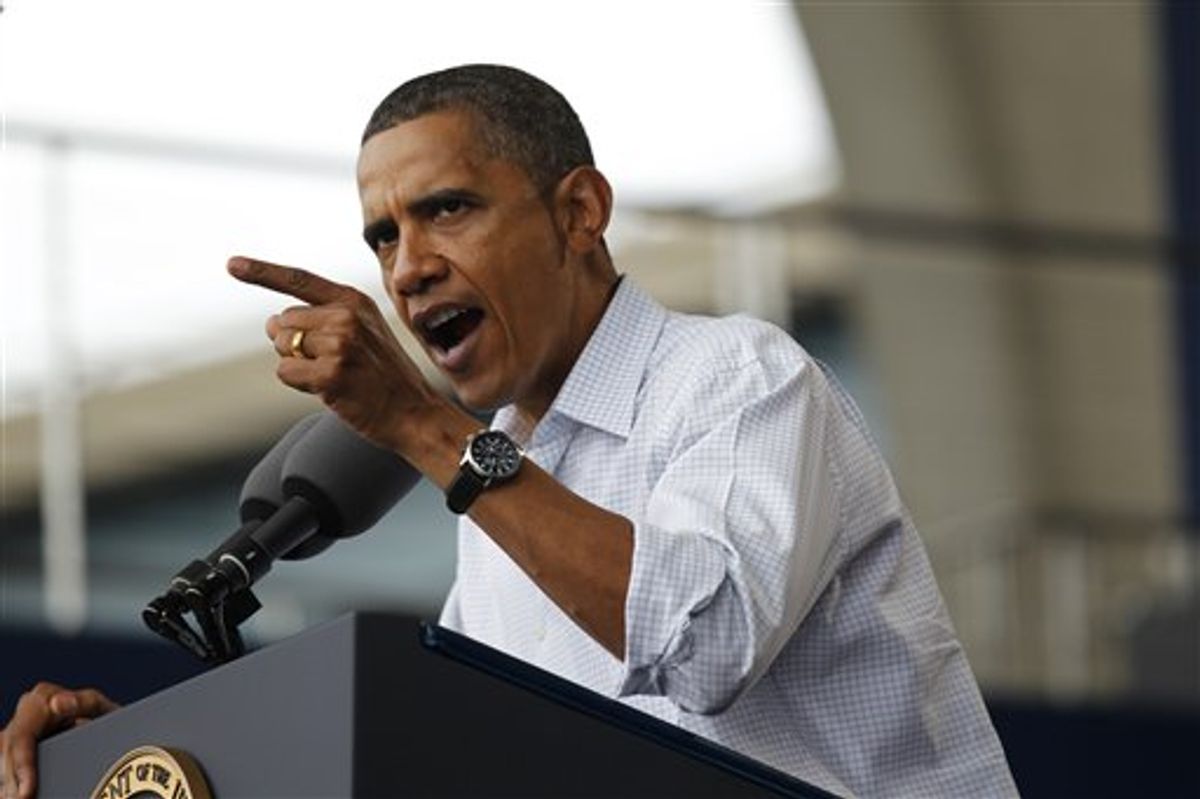 All of a sudden, Barack Obama is showing his populist side. On the heels of a feisty Labor Day speech in Milwaukee, the president is set on Wednesday to affirm his opposition to extending the Bush-era tax cuts for the wealthiest Americans, according to a New York Times report Tuesday night. Obama, who is to deliver a major speech on the economy in Cleveland, will apparently call for the cuts to be extended for all households making less than $250,000 per year. Rates for the top two percent of income-earners would revert to their pre-Bush levels, which were set under Bill Clinton in 1993.

The news is somewhat surprising, given that Peter Orszag, who just stepped down as Obama's budget director, used a Tuesday Op-Ed in the Times to advocate a temporary extension of the Bush cuts for everyone, including the richest two percent. The White House had pushed back strongly against suggestions that the piece represented a trial balloon.

Republicans are sure to scream that Obama is jeopardizing economic recovery hopes by allowing tax rates to rise, but it's hard to see how they can stop him here. By law, the Bush cuts are due to expire at the end of the year. Legislative action would be required to keep them in place going forward. Not all Democrats will stand with Obama on this, but enough of them probably will to prevent Republicans from overriding him.