In Cleveland, the president draws a clear class warfare line in the sand. But can he deliver? 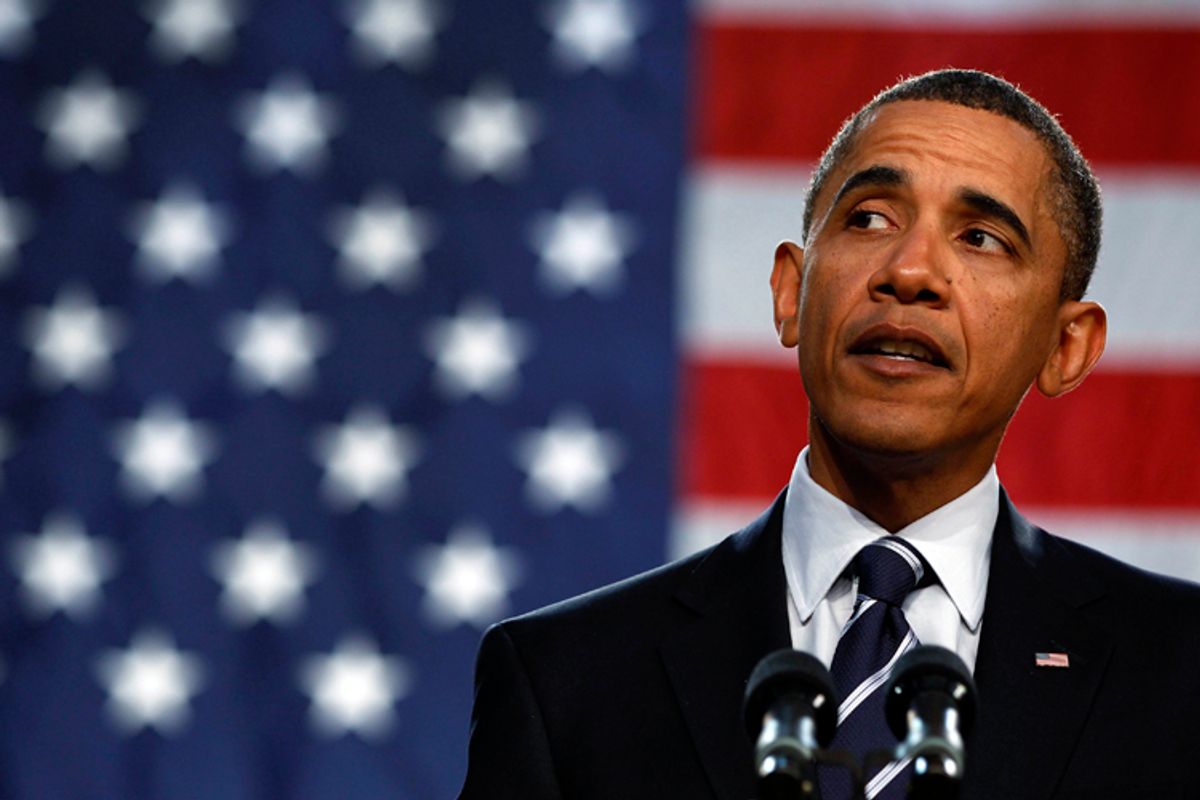 President Obama has laid his marker down. It is time to tax the rich. If there is going to be a single political battle that will define the two months between his speech Wednesday in Cleveland and Election Day in November, it will be between those who wish to end tax cuts for the wealthiest Americans and those who want to make them permanent. The president has a slick way with words, but he'll have a hard time wiggling out of these.

Never mind what you may have heard about "trial balloons" that would give Democrats rhetorical breathing room to keep the Bush tax cuts for the wealthy in place for at least another two years. Obama made the call to end tax cuts for the rich the clear centerpiece of his speech. If the wealthiest Americans were upset with the president before today, they're certainly not going to be any happier now. Oh, and John Boehner, the Republican House Minority Leader? I don't think the President likes you very much.

Make no mistake: [Boehner] and his party believe we should also give a permanent tax cut to the wealthiest two percent of Americans. With all the other budgetary pressures we have -- with all the Republicans' talk about wanting to shrink the deficit -- they would have us borrow $700 billion over the next ten years to give a tax cut of about $100,000 to folks who are already millionaires. These are among the only folks who saw their incomes rise when Republicans were in charge. And these are folks who are less likely to spend the money, which is why economists don't think tax breaks for the wealthy would do much to boost the economy.

Bipartisanship? Forget about it. Obama may have sincerely believed, when he took office, that he could get some cooperation from across the aisle -- "my hope was that the [economic] crisis would cause everyone, Democrats and Republicans, to pull together and tackle our problems in a practical way."

But as we all know, things didn't work out that way.

Repeatedly, Obama singled Boehner out by name as the embodiment of his opposition --the leader of a party with no new ideas, a party wedded to "the same philosophy we already tried for the last decade -- the same philosophy that led to this mess in the first place: cut more taxes for millionaires and cut more rules for corporations." Obama reiterated the familiar, (and absolutely true) accusation that for the entirety of his term Republican strategy has been based on a simple political calculation: If he fails, "they win." If progressives were looking for a little more combativeness from the president, he finally appears to be delivering.

But it's a gutsy, risky move, making the repeal of tax cuts for the wealthy a top priority in the runup to the election. There are members of his own party who are wishy washy on the topic, and despite the president's assertions, there are plenty of economists, including some former members of his own administration, who will argue that any tax hike is too much of a burden for the current economy to bear. The president and his advisors have made a clear political calculation -- the Republican party's biggest vulnerability is its ideological affiliation with the interests of the wealthiest Americans. But the aggressively populist posture is late in coming, and reigniting Democratic enthusiasm is going to take more than couple of good speeches. Will Senate Democrats back him up? Or will they fold? And will the president back up his own words, by taking follow-up actions, like, say, appointing Elizabeth Warren as director of the Bureau for Consumer Financial Protection.

We knew already that Obama could give a good speech. But calling for an end to tax cuts on the rich is not the same as delivering it in reality. And the same calculus that existed before the speech remains. All the Republicans have to do is stop him from getting his way, and they win.